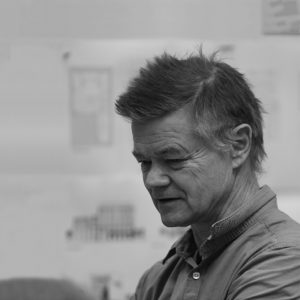 In 1978 I set up in practice with Richard Feilden. Our architectural principles recognised, even then, the importance of energy use in the buildings and the need to design a built environment that could create and enhance a sense of community. These social and environmental core values are still at the centre of Feilden Clegg Bradley Studios’ work in architecture and urban design after nearly 45 years. My own career has focussed on the cultural and educational sectors of architectural design, and it has been a privilege to have been involved with the Yorkshire Sculpture Park for more than 25 years and to have developed a masterplan for the site and delivered the first two buildings there. Currently I see this extraordinary institution from the other side, being Chair of Trustees.. We have also renovated the Hayward Gallery and the Queen Elizabeth Hall at Southbank Centre under Jude Kelly, and we are working on the next phase of the Ashmolean with Xa Sturgis.

I have always been interested in the creative use of existing buildings for cultural purposes. In the late 1980s we worked with Peter Gabriel to convert a series of post-industrial mill buildings to form Real World Studios in Box, near Bath. More recently we renovated the old theatre in the East Wing of Alexandra Place and shortly we will be reopening the Brighton Corn Exchange theatre in the Prince Regent’s riding school in Brighton. For 15 years we have worked on the Shrewsbury Flax Mill ,- the first ever metal framed building in the world,-appointed by its custodians, English Heritage, and recently we have also been appointed to deliver the new British Library of the North to be located in a another remarkable 1838 flax mill near the centre of Leeds.

There are two significant reasons why we should always consider the reuse of buildings as a priority over new build. The first is that reuse will nearly always have a lower environmental impact. At a time of climate crisis , where any major expenditure of CO2 needs to be carefully considered, the immediate carbon cost of constructing a new building is usually in excess of its energy use even over a 60 year life. Refurbishment is likely to involve a lot less carbon since about half of the carbon cost of any building is in its primary structure ,- foundations floors and walls. Refurbishment therefore costs a lot less in terms of carbon, and insulation should dramatically reduce operational energy costs. Successive governments have tried and failed to address the problems of energy upgrades partly because of the complexity of the problem and partly because of vested interests. But a simple change in legislation to remove VAT on refurbishment and add it to new-build housing would arguably be the single most significant way of saving in energy in the built environment

The second reason for always considering refurbishment is that it allows us to maintain our connections with the past in terms of the culture, form and materiality of the built environment. Buildings tend to be remarkably adaptable to new uses. We have often worked on buildings which have gone through 3 or 4 different changes of use to end up where they are now. At Real World studios we took a 16th century water mill that became a 19th century industrial building then a 20th century grain silo before we made it into a 21st century recording studio. At Brighton the 1806 Prince Regents riding stables later became the city’s Corn Exchange , then a banqueting hall and a hospital before being converted to a multi-purpose theatre . Each change adds layering of historic re- presentation creating a more complex and hopefully more resilient building, -a container of past memories but with the ability to shape new activities. Refurbishment can be extremely light touch ,- as it was for instance when we worked on the Hayward Gallery, or it can celebrate the scars of ageing as in the theatre at Alexandra Palace. It can open up completely new possibilities as a community building as it did at Bath Abbey, or it can celebrate significant moments of advancement in building technology, such as the renovation of the cast iron structure of the Shrewsbury Flax Mill.

Architecture has to change as the world adapts to the climate crisis and our profession need to adapt towards reusing buildings rather than automatically assuming we need to build new . This requires a change in our expections as a society , and as a profession: a change in the way we educate the next generation of architects and legislate for the next generation of refurbished buildings. 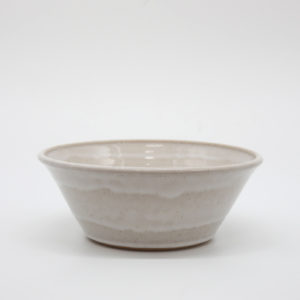 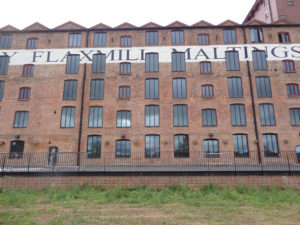