History of the Tithe Barn

Messums Wiltshire is based at the Tithe Barn, Place Farm, Tisbury, a recently restored 13th Century Monastic Barn. With floor space over one third of an acre, it is reputed to be the largest though not the longest barn of its type in England.

The Great Barn in Tisbury was originally built for the Abbess of Shaftesbury as a storage Barn and was owned by Shaftesbury Abbey until the Dissolution. Together with the farmhouse and gatehouses the barn is part of one of the finest surviving groups of monastic grange buildings in the country.

The Barn before it’s preservation in the early 20th Century

Early History of the Barn and Surrounding Area

It has been recorded that as early as the 8th century, there was apparently a Tisbury Abbey although not a great deal is known. By the early 10th century Tisbury belonged to Shaftesbury Abbey and as a result a number of buildings were built, these were ‘large and elaborate buildings’ built for the purposes of ‘residence, worship, agriculture, and collecting tithes.’ 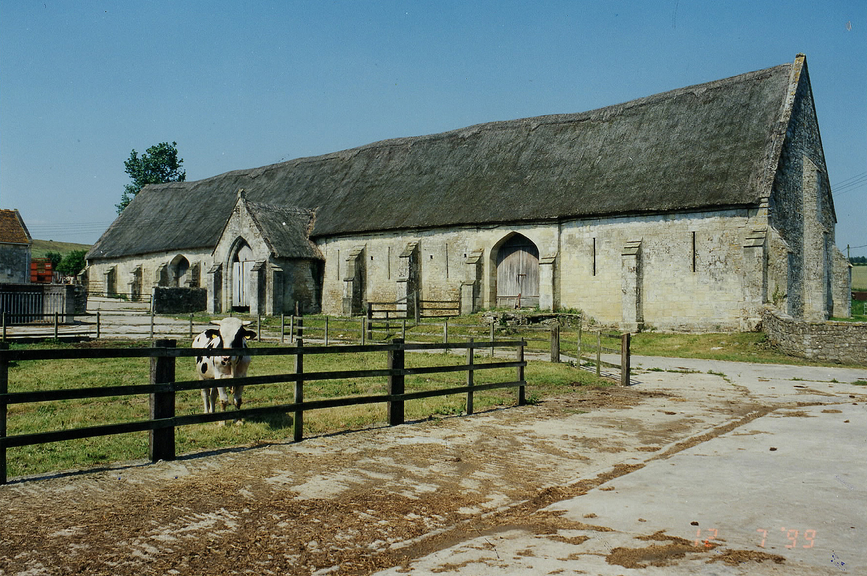 These buildings became known as the Manor Place and later on Place Farm. They were large and significant monastic buildings with an element of grandeur, they were used for a variety of purposes including holding Manorial Courts. The change of name to Place Farm was originally cited by Hoare, writing in 1829, whereby he refers to the group of monastic buildings at Tisbury as Place Farm or ‘Grange’. 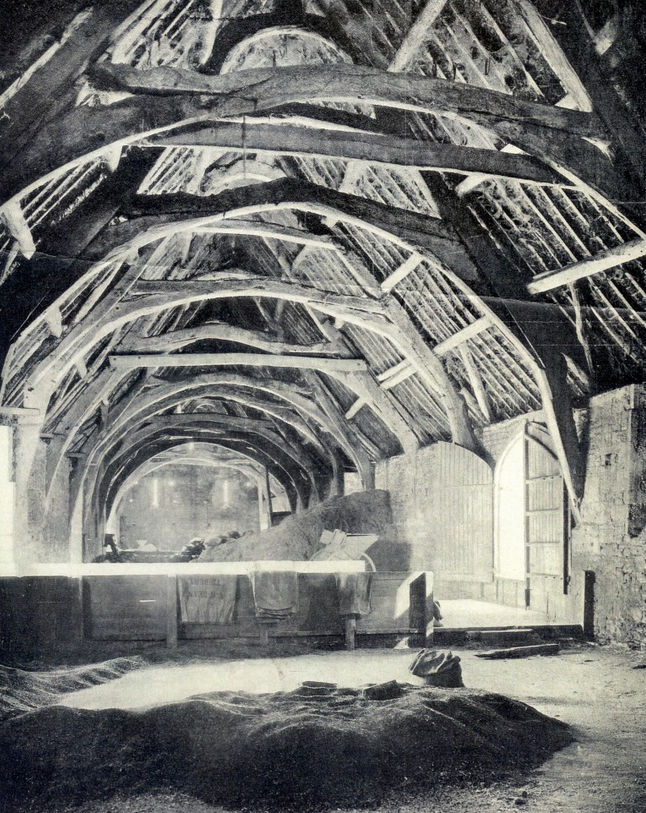 Place Farm and the Great Barn Through the Centuries

16th Century
In 1540 the Crown granted the manor and Place Farm, including the Barn to Sir Thomas Arundell who in 1547 also bought Wardour Manor and Castle.

17th Century
The Barony of Arundell of Wardour was created in 1605. By 1640 Place Farm was divided among 3 farmers who shared the land and the barn, they were responsible for its maintenance and general upkeep.

18th Century
Place Farm was again a single farmstead in the 18th century. As a Catholic, Lord Arundell was required to register his estates with the Clerk of the Peace and did so in 1717 describing Place Farm as being leased to John Hayward. During the 18th century extensive work was undertaken to repair doors, trusses, threshing floors and the roof.

19th Century
In 1823 the Fonthill Abbey Estate was sold to John Farqhuar who in 1825 divided and sold it. He contracted to sell the estate to John Benett of Pythouse, Tisbury, who died in 1826 with terms not agreed by his heirs until 1838. The Benetts mortgaged and sold the property in 1844 to Richard Grosvenor, Earl Grosvenor and then to the Marquess of Westminster. 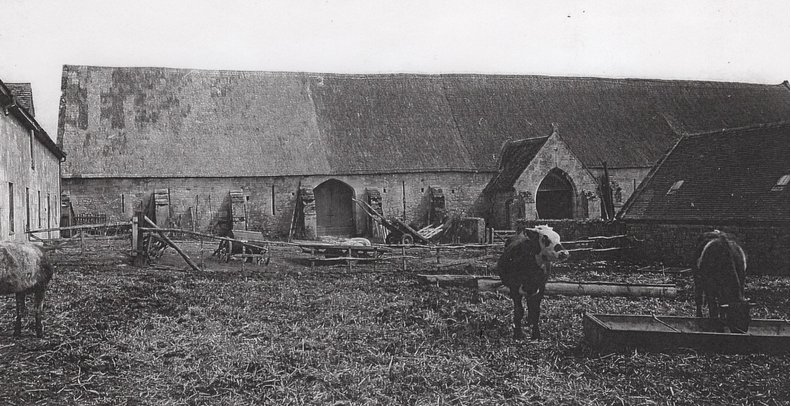 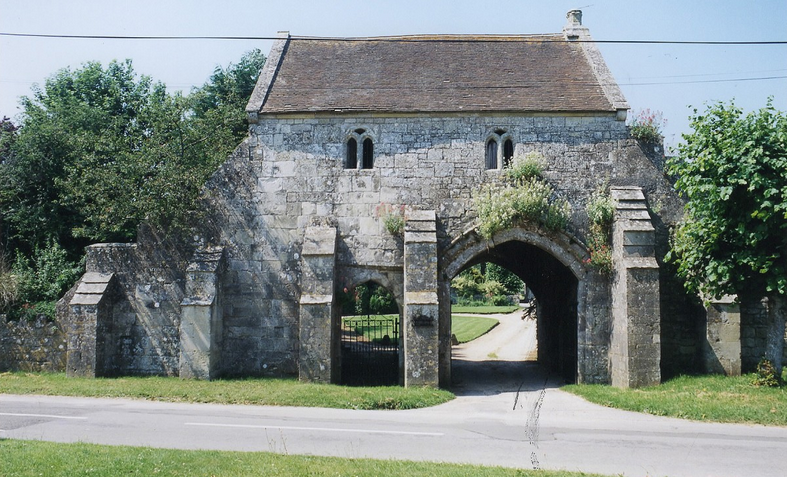 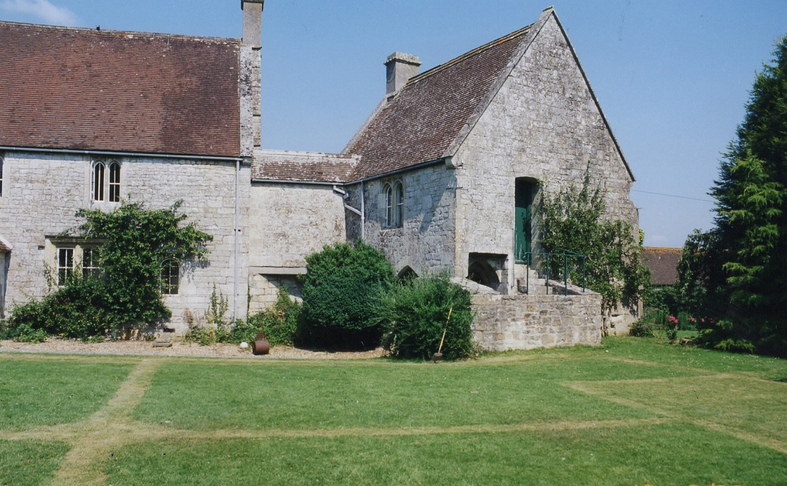 The Restoration of the Great Barn - In the 20th Century

Today, Place Farm and the Great Barn are part of the wider Fonthill Estate, which has been owned by the Morrison family since the early nineteenth century. 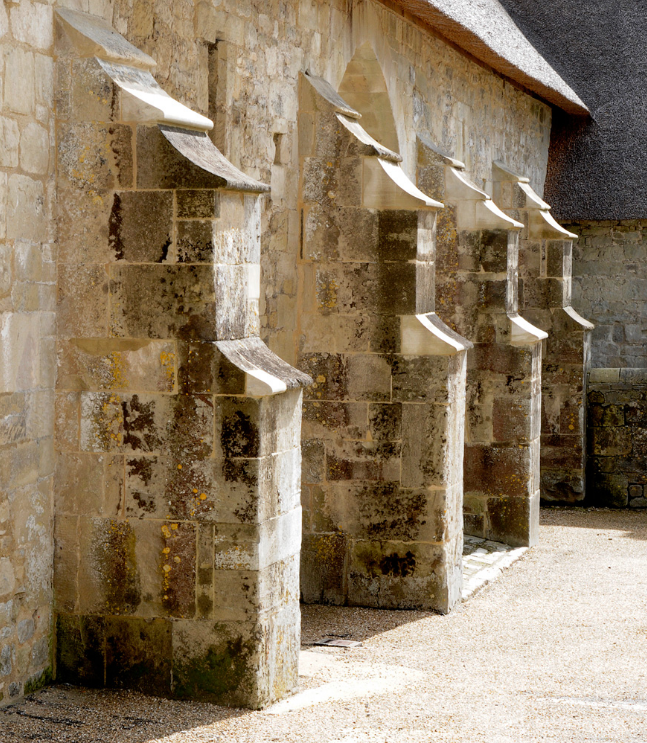 In recent years the barn has been extensively restored to its former glory, under the careful stewardship of Alastair Morrison, the 3rd Lord Margadale and estate manager Simon Fowler. Together with Johnathan Messum they have worked to bring the building back to life and open to the public as an arts centre and cultural institution for the South West of England. 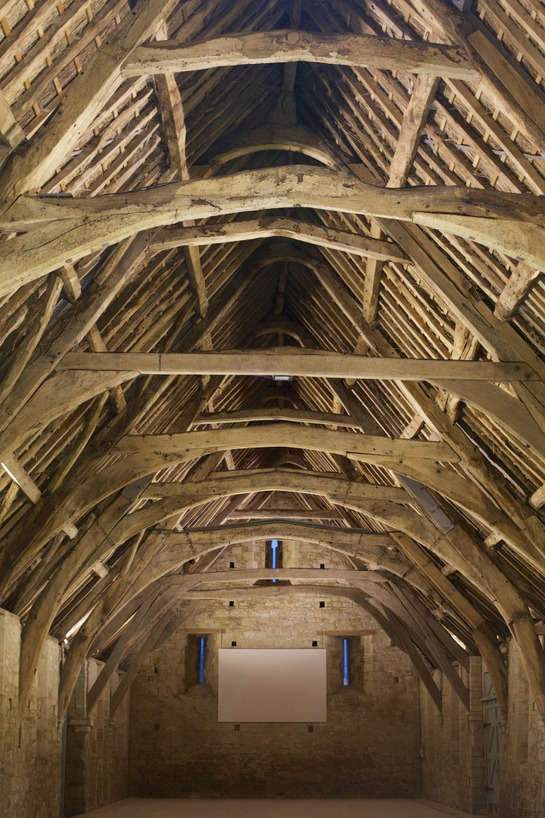 Tisbury - The Birthplace of Art?

Tisbury is in an area of outstanding natural beauty sitting on the edge of the chalk ridge that crosses southern England. It is also reputed to be the source location for some of the earliest evidence of art in Britain and our distant ancestors. 100 miles east of Tisbury in Swanscombe Kent, a piece of coral unique to Tisbury was discovered along with the remains of a 400,000 year old ancestor.

The object or manuport has been interpreted as representing the profile of a hominid head and possibly two animals by Dr K. P. Oakley, leading him to describe it as one of the earliest examples of “art as human behaviour”. Certainly it indicates the ability amongst our distant ancestors to impart significance onto inanimate objects, which is the building block for our use of art today.

Inside the barn the walls interestingly contain scores of inscribed signs. These are concentrated around the inner doorways of the central entrances, on the inner edges of the window openings and directly below the roof trusses. 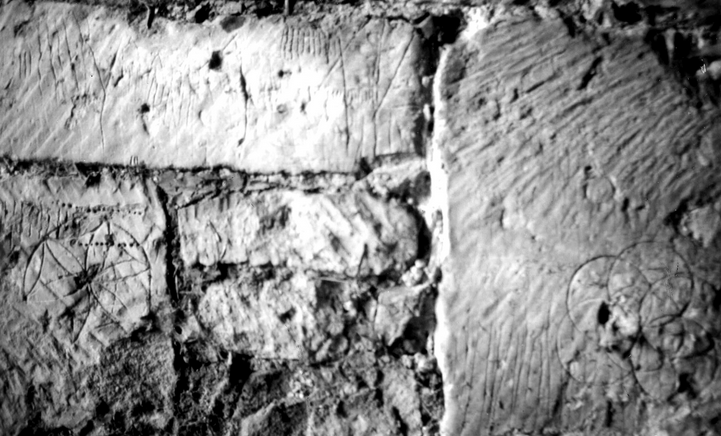 They are mostly made up of circles with the greatest majority being hexafoil sigils (six-petal motifs) which are believed to be magical marks or talismans put there to protect the farm produce. Such symbols, particularly the six-petal motifs, are found throughout the West country dating from the medieval period into the 19th century, most regularly found in buildings relating to produce they usually occur near window or doors.

They are often associated with barns or found in stud-and-panel screens in houses, and were most likely inscribed as talismans and produced over a long period of time, possibly every harvest as some kind of charm or protection in more superstitious times.

The Site of a Lost Henge?

Interestingly located within the grounds of the Great Barn on Place Farm, there was found a a stone circle or lost henge with even a possible chambered tomb. William Cunnington in the late 18th century, recorded “a circular enclosure” that was discovered “in a field near Place Farm” it was recognized as “a circular work with a vallum set round with stones and a large stone placed erect in the centre. On removing this stone which was twelve feet high, and four feet wide” underneath which “a skeleton was found.”

Although in reality Cunnington’s account is rather vague, and nothing is located on the ground or on the Tithe Map in the approximate area where the stone circle or lost henge was thought to be located, it points to the significance of Place Farm and the surrounding area. The large central stone was said to have been moved to Wardour Castle by Lord Arundell, and a number of sources refer to a stone structure (a “pseudo-cromlech”) being constructed there circa 1792.