Join us this summer at our new workshops

Messums is establishing a new set of studios initially for making in clay, in which artists of all ages and all walks of life will be welcome to practice, learn, develop ideas and thrive. This new venture sets out to present and explore making as the essential element of creative language.

Set in airy new studios in Chilmark, Wiltshire, we will offer courses in hand-building making methods; modelling and throwing on the potters’ wheel as well as provide open access sessions for the advanced practitioner.

Pottery enthusiasts and advanced students can look forward to expanding their skills during masterclasses such as composite pot making, porcelain throwing workshop, and sculpture.

The programme will be led by Mirka Golden-Hann, head of Visual Arts at Wiltshire Creative who has been running pottery classes at Salisbury Arts Centre for more than ten years.

“I am convinced that in the time of uncertainty in which we find ourselves, the way we can effect positivity is through sharing experiences and generating new creative encounters,’ says Mirka Golden-Hann. ‘Messums Creative is very exciting news for expanding ceramics practice in Wiltshire.”

In addition to Golden-Hann will be a selection of some of Britain’s other exceptional makers in clay, drawing on the long list of artists who have expressed a similar desire to see more hands-on activity at the heart of arts practice. 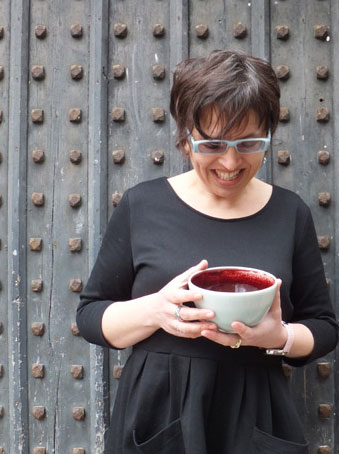 Messums Creative has the support of Kate Malone, judge of the BBC’s Great British Throwdown and originator of the fundraising campaign Fired Up 4 providing pottery studios for young people and Julian Sainsbury, one of Britain’s leading ceramicists as well as many distinguished artists represented by Messums.

“Play, experimentation and creating freely will be encouraged but underpinned by technical training so that ideas as well as craftmanship can be developed. Understanding process is at the heart of what we aim to explore at Messums Wiltshire.”

There are 8 new wheels on order, if you would like to support our endeavour and help increase access to basic making services in South Wiltshire, then put your name to the wheel! Naming rights are there for the lifetime of the wheel (at least 8 years). What could be better than settling down to a clay session on your own wheel or knowing that it has become part of so many people’s memories as more than just a machine.

Its big, its bright orange but it has no name – buy a ticket and the winner gets to chose what it is called and know that name will be memorialised for evermore, spoken about by teachers and students alike.

AUGUST 1: Introduction to Throwing on the Potter’s Wheel

AUGUST 8: Introduction to Throwing on the Potter’s Wheel

AUGUST 1: Introduction to Throwing on the Potter’s Wheel

AUGUST 8: Introduction to Throwing on the Potter’s Wheel