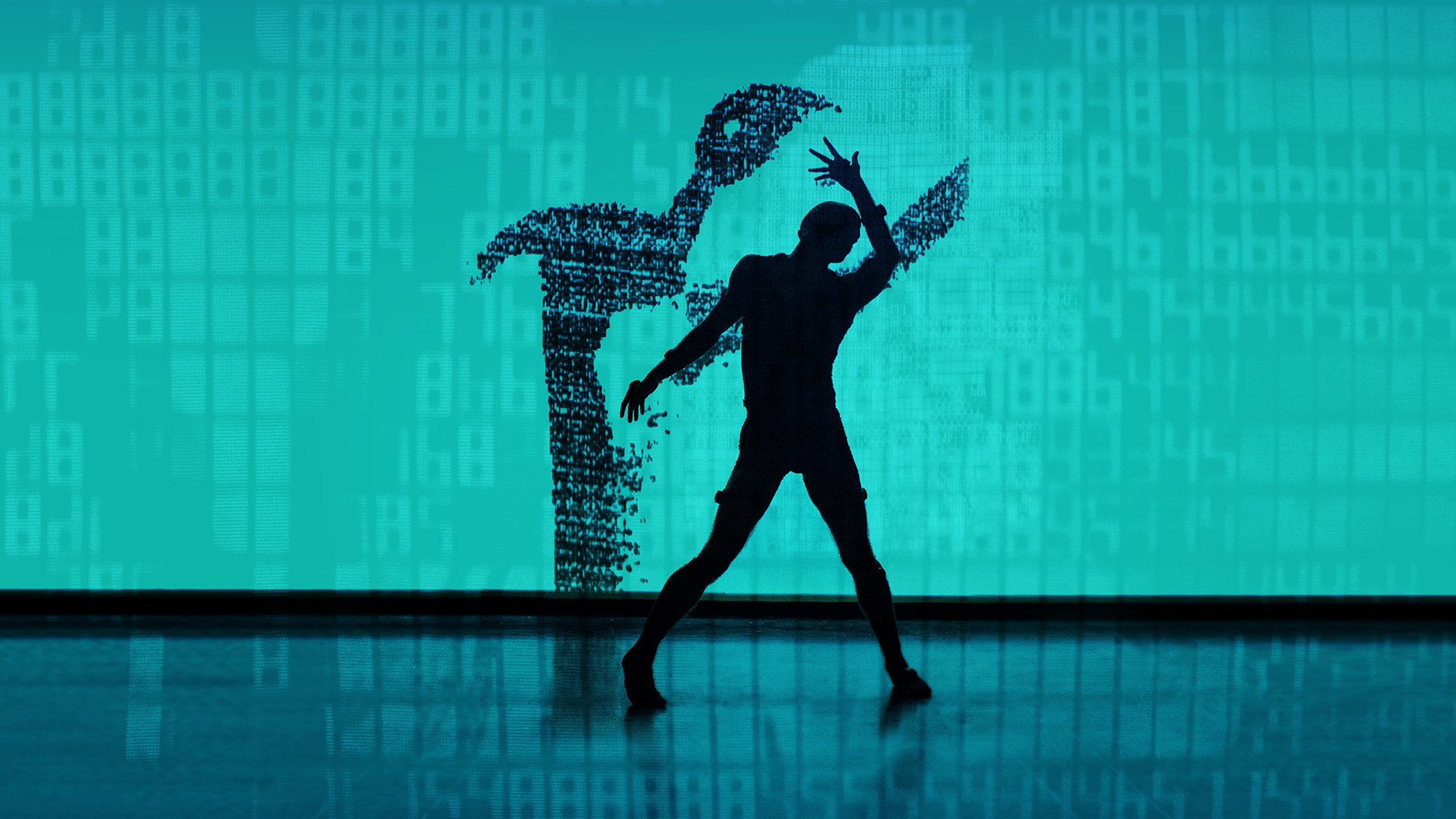 The grand finale and highlight performance of the Festival of Dance: Anti-Body by Alexander Whitley Dance Company.

Set in our stunning 13th century barn, and specifically designed for smaller spaces so audiences can expect an intimate, up close performance, Anti-Body merged Alexander’s ballet roots with new digital technology. Wearing tracking sensors, the dancer’s movements were echoed on large screens to create a unique and immersive experience designed by UL Collective.

Bits and bytes flicker in the cold light, while wild, expressive bodies moved between translucent screens.  Three dancers were immersed in streams of motion responsive visuals, presenting a symbiotic relationship between body and technology.

Through a live motion capture system, the dancers became at once set, lighting and characters in a narrative where the boundaries between self and other, human presence and digital pattern, became increasingly hard to define.

Set to an electrifying and soul-stirring score by composer Hannah Peel and music producer Kincaid, Anti-Body explored our drive to transcend the material constraints of the human body and the promise of freedom this dream is built upon. Charting different courses through an illusory visual world of abstract code and uncanny beauty created by digital artists Uncharted Limbo Collective, the performers represented the many questions and tensions facing humanity as possibilities for life in a disembodied form become ever more real. 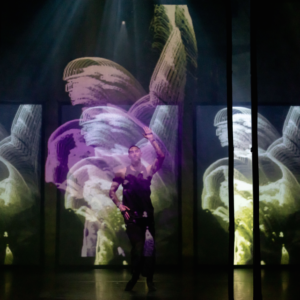 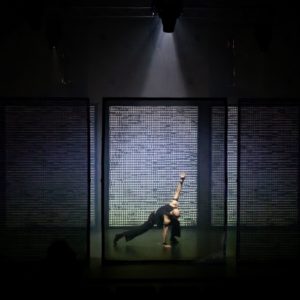 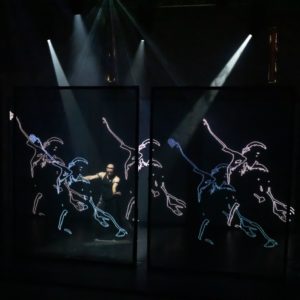 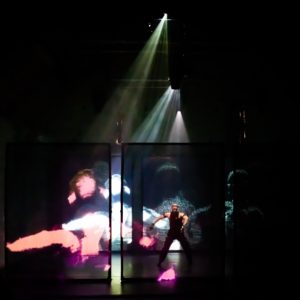 Sadler’s Wells New Wave Associate Alexander Whitley has rapidly established a reputation for creating highly ambitious and intellectually engaged dance works with innovation and digital technology at their core. A former Choreographic Affiliate of The Royal Ballet (UK), Alexander’s work is also celebrated for its musicality and striking visual design.

Alexander Whitley Dance Company (AWDC) was founded in 2014 as a platform for enquiry and innovation, bringing together world-class artists, academic research and technological ingenuity in the creation of ground- breaking dance productions. They are industry-leading in our exploration of technology in dance and an influential voice informing how the sector can, and needs, to innovate to keep pace with a rapidly changing media and cultural landscape. The company’s work has toured the UK and internationally including commissions for Sadler’s Wells and The Royal Ballet.

“Whitley is a choreographer full of bright ideas”  The Observer