This feature film marks a new level of creativity and story telling by Matsena Productions combining the language of dance, music and poetry.

Influenced by distinct locations, this film addressed ideas of humanity, spirituality and nature in an attempt to crush borders within the framework of performance. The film ties in the politics of today with the politics seen in one of the most influential female sculptors of the 20th Century, Elisabeth Frink.

The screening was followed by a Q&A with choreographers Antony and Kel Matsena and supper. 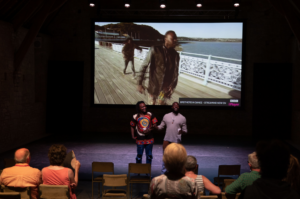 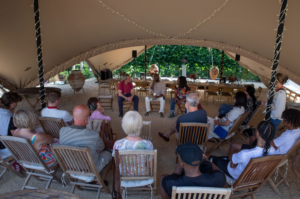 “The chaotic repetitions of protest and imprisonment capture an emotion of 2020 better than anything else”  Brian Seibert, The New York Times