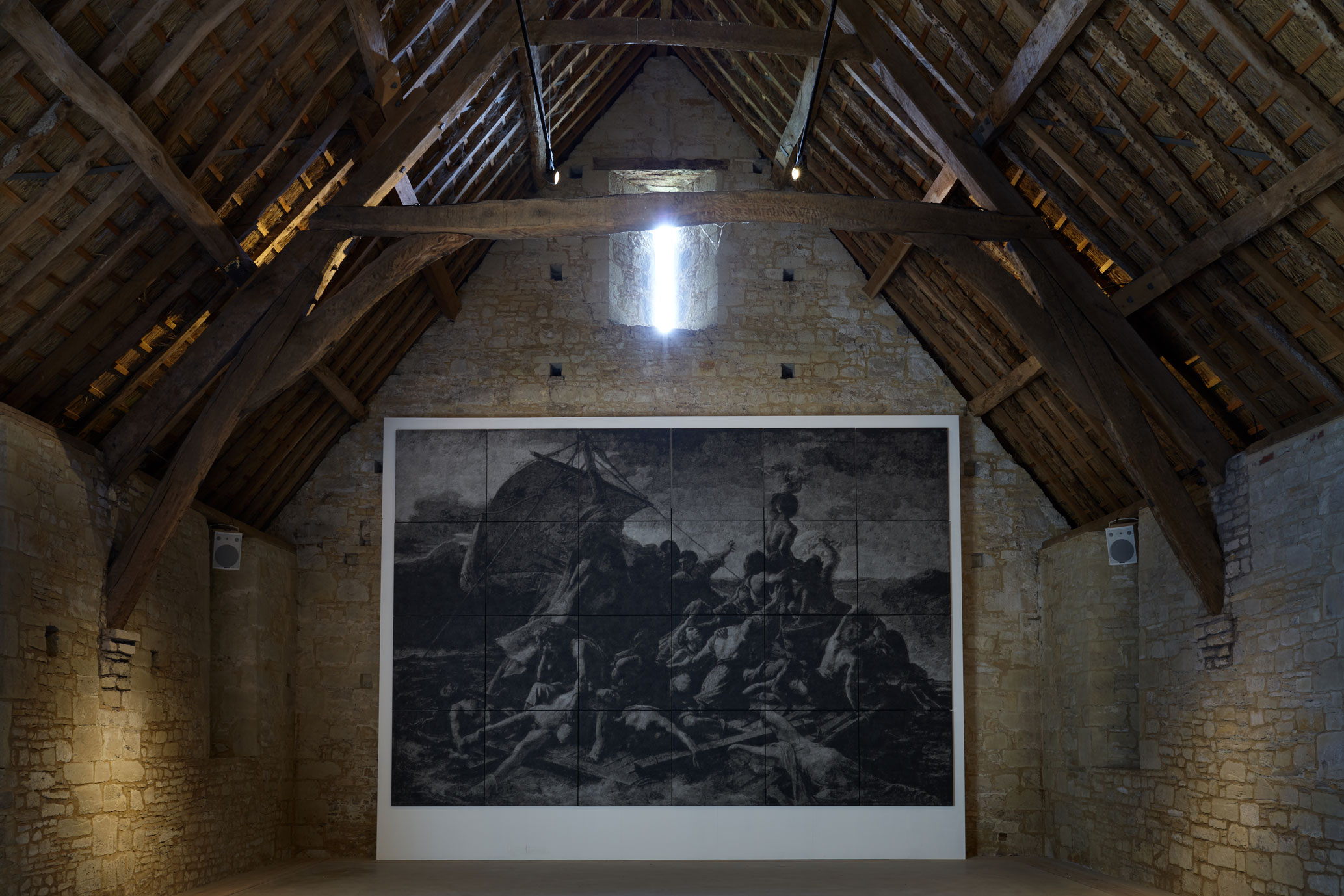 After the Raft of the Medusa

One of the world’s most dark and harrowing images of human desperation, featuring people struggling to survive on board a flimsy raft thrashed by waves takes centre stage at Messums Wiltshire this summer.

One might have expected Géricault’s Raft of the Medusa, painted 200 years ago, to have become lost in the mists of time; a relic from the age of sailing ships and cannibals.

Yet, the proliferation of newspaper photos of migrants risking life and limb on board flimsy dinghies tossed by high seas, coupled with the buffeting we all have had by coronavirus – seems to make the image, newly topical.

A new rendition of the enormous painting, exactly the same size as the 24-foot-long original that hangs in the Louvre has been exquisitely crafted in monochrome by John Beard.

‘Darkness is literally eating up this painting; a deathly shadow seems to suck you into it. There is a black hole of horror at its heart,’ is how the art critic, Jonathan Jones described the original picture.

John Beard’s version, After The Raft of the Medusa, allows one to inhabit its mesmerising bleakness but through a veil of distance.

His intention he says is to ‘dissolve’ the horrifying, almost uninhabitable Romantic grandeur of the original masterpiece to comprehend its powerful beauty better.

‘To make quieter it’s loudness,’ he says. ‘To calm and still the image. To demand more attention from of the viewer. To depreciate the romanticism. To draw the viewer into and through the surface.’

The original painting is an astonishing 491cm x 716cm (16 feet by 24 feet). Beard’s version is not so much a reproduction as a reflection of Gericault’s original; the monochrome tones of the picture makes it look contemporary – echoing photographic images – but retains all the theatre of the kinds of horrors that, until recently, we believed were stuck firmly in the past.

The people in the picture form a wave that contrasts with the volume of the sea beneath them, moving from left to right to form a crescendo in a wavy rag.

The thunderous skies giving way to a flash of sickly light in the left-hand corner of the original painting are turned into a grisaille of subtly nuanced shades in Beard’s. 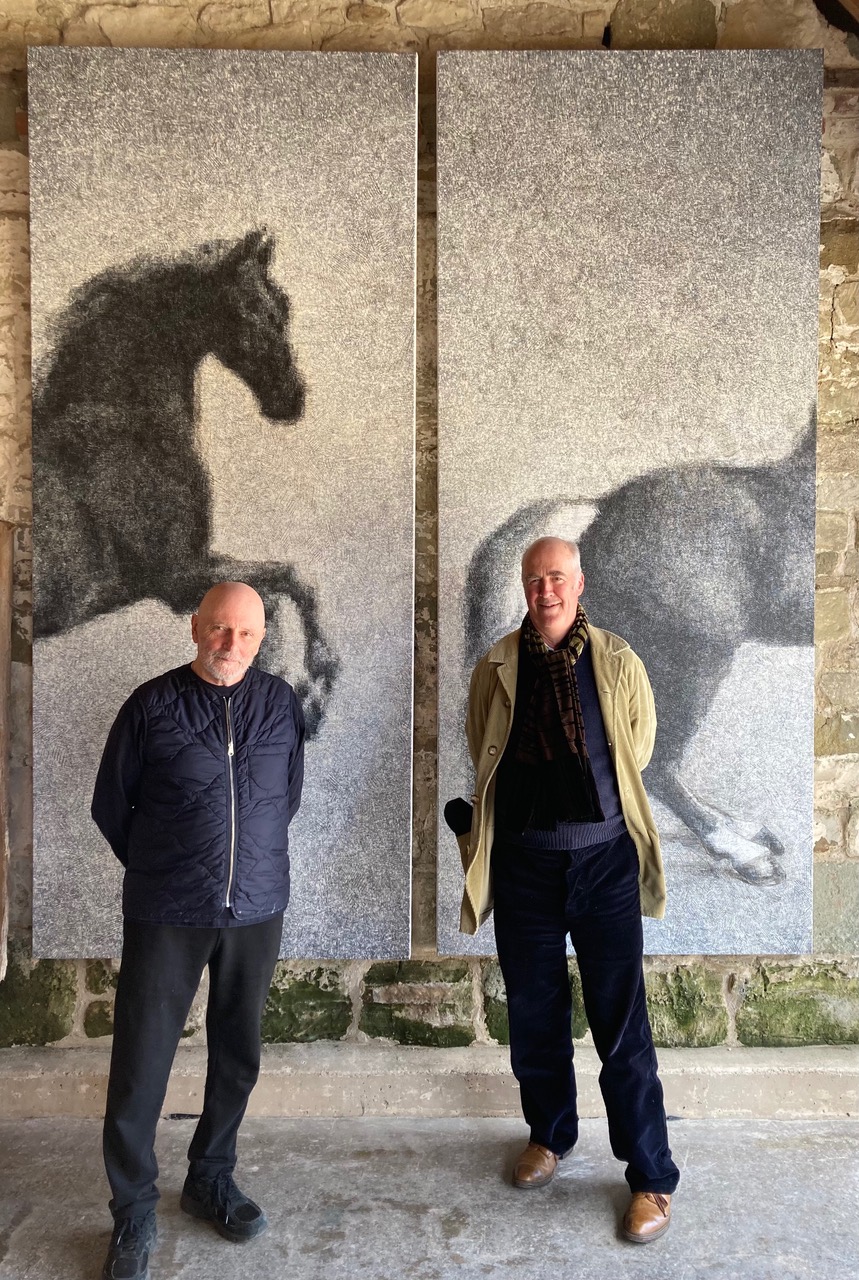 Born in Aberdare, Wales in 1943, John Beard studied at the University of London and the Royal College of Art. He has had a distinguished teaching career throughout England and Australia co – producing and appearing in a series of art programmes, Monitor, for BBC 2 television. In 1989. he resigned from teaching in order to devote his full attention to his practice. Beard travelled extensively, living and exhibiting in New York, Madrid, Lisbon and London before establishing a Sydney base in 1997.

His work has been exhibited worldwide and is held in the collections of major gallery museums and institutions including The Tate, The National Gallery of Australia, The Art Gallery of New South Wales and The Gulbenkian’s Centro de Arte Moderna in Lisbon, Portugal.

Photo (right) John Beard with art historian Sir Charles Saumarez Smith CBE in front of ‘After Whistlejacket’ which will also be featured in the exhibition.
Photo (top) After the Raft of the Medusa in the barn gallery at Messums Wiltshire 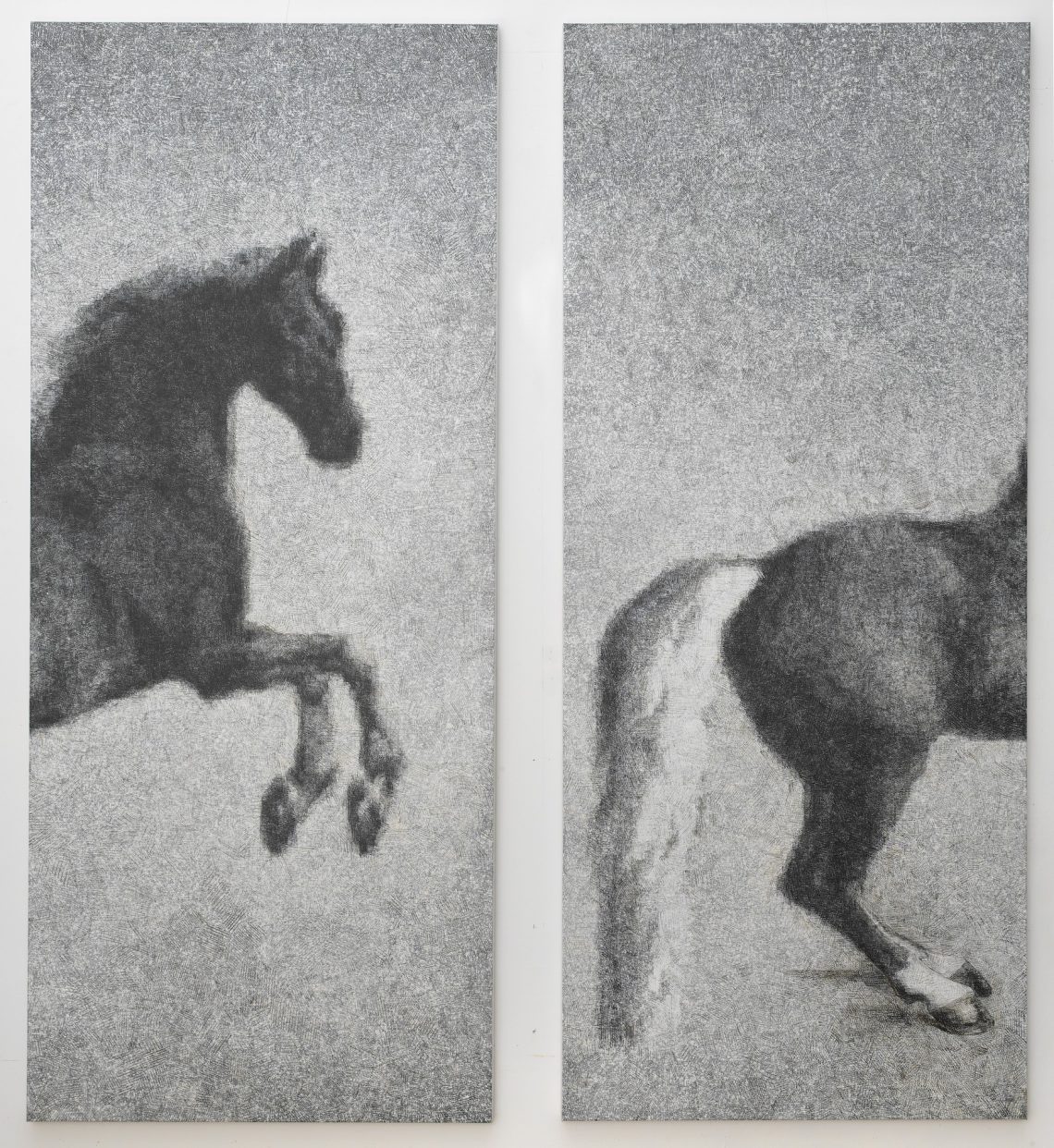 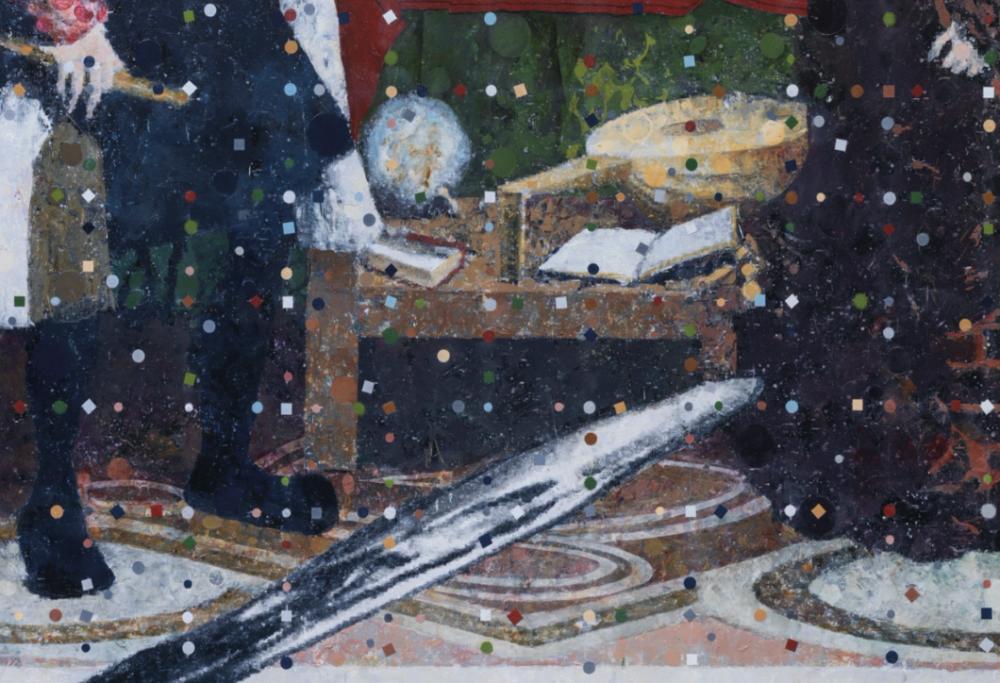