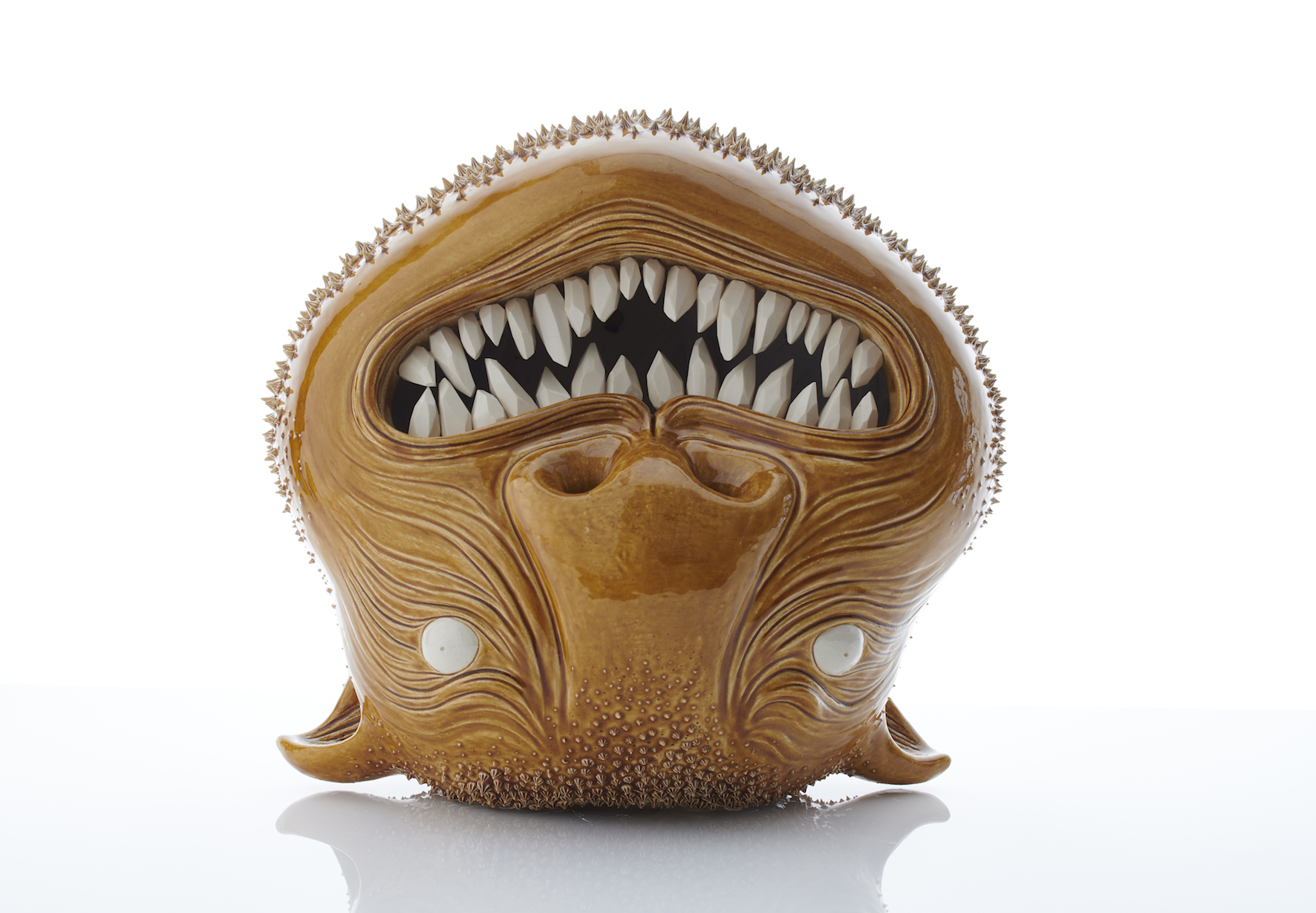 Danish artist Malene Hartmann Rasmussen works with figurative narrative sculpture and installation, creating work from individual hand-modelled ceramics and found objects. She is part of a vanguard of artists who choose not to define themselves by discipline or craft but instead blur the boundaries between Applied Art, Design and Fine Art, with exceptional hand-craftsmanship at its core.

A collection of her ceramic sculpture will be on view in the tithe barn at Messums Wilshire this summer for an installation on top of the Pod.

Reflecting her Danish ancestry and the tales of northern European folklore Hartmann Rasmussen’s work is a metaphor for the relationships of her past – both with her family and the adolescence she left behind. The brightness, playfulness and immediate visual appeal belies a darker narrative where reality and daydreams are merged. The installation deals with ideas of worship, animism, ritual and the supernatural as well as ghosts. The works reflect the time honoured use by human beings of figurative sculpture as talismanic objects to help deal with feelings such as fear, misery, anger, lunacy and grief.

“It is not specific tales from Scandinavia but more the different sides of human nature and the creatures that represent these that interest me”, she says. “In some of the stories I have read and I remember from my childhood you have to be on good terms with the trolls and other creatures then they will help you in times of trouble. Often when people help the trolls with something, the trolls then pay for the service with gold. If you don’t keep your promise the gold turns to rocks… I find the magical aspect of that kind of narrative, fascinating.”

Much of her inspiration comes from the books she read as a child too. “When researching my recent installation Troldeskoven (In the Troll Wood) I got hold of some old books from an antiquarian bookseller with stories and sayings told for generations from mother to child in rural Denmark. The stories revolve around trolls and subterranean people on the island of Bornholm – the island I lived on for three years while studying ceramics – and some locals still believe in them. In the daytime the trolls live inside rocks or inside tumuli; the grassy mounds of earth raised over Viking graves that are dotted all over the landscape. At night the grass and soil rise up on glowing poles forming a roof. Inside you see the trolls dance and drink, and if they invite you in to drink with them, all the soil and grass will fall down and bury you inside forever. The Danish word ‘bjergtage’ meaning ‘being taken by the mountain’, originates from these stories. ‘Bjergtage’ is the Danish word for bedazzle. The strong bond between the myth and language is something I find fascinating.”

‘I am fascinated by the use of magic in the form of transformation, spells, offerings and sacred ritual objects and take in some of those ideas in my work in general.’

In 2018 she was awarded Artist in Residence at Victoria & Albert Museum. At the museum she produced a body of work inspired by the oeuvre French 16th century Potter Bernard Palissy. Her residency culminated with an installation at the V&A Medieval and Renaissance Galleries during London Design Festival 2018.

Hartmann Rasmussen’s work is held in private and public collections such as Swindon Museum and International Ceramic Research Center Guldagergaard.

Educated from Royal Danish Academy of Fine Art, School of Design, Bornholm and Royal College of Art in London, she now lives and works in London. 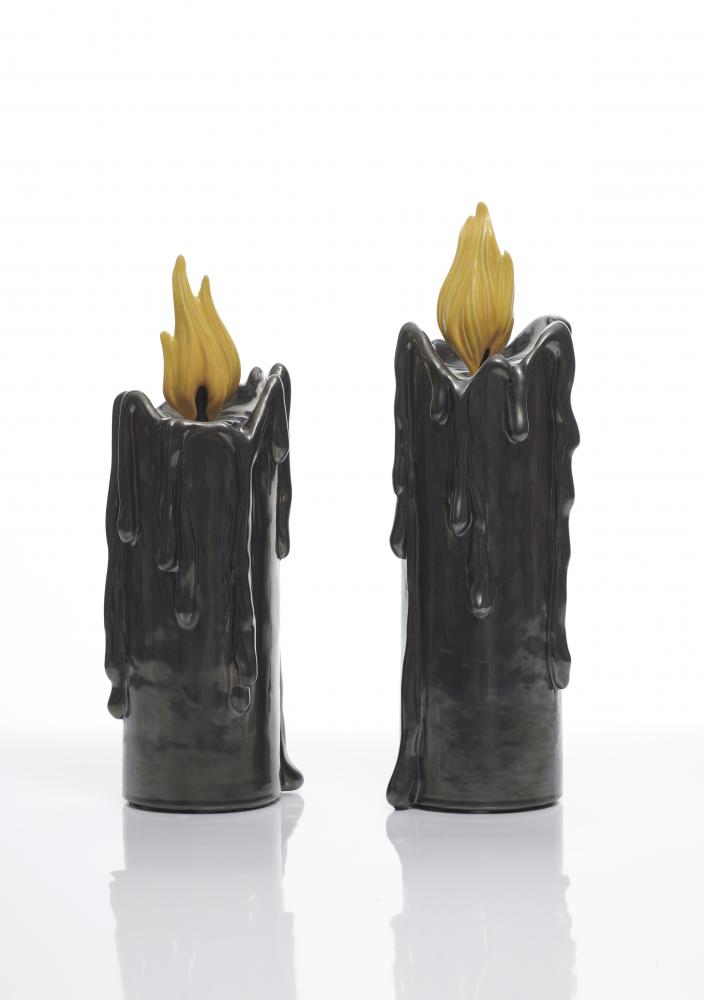 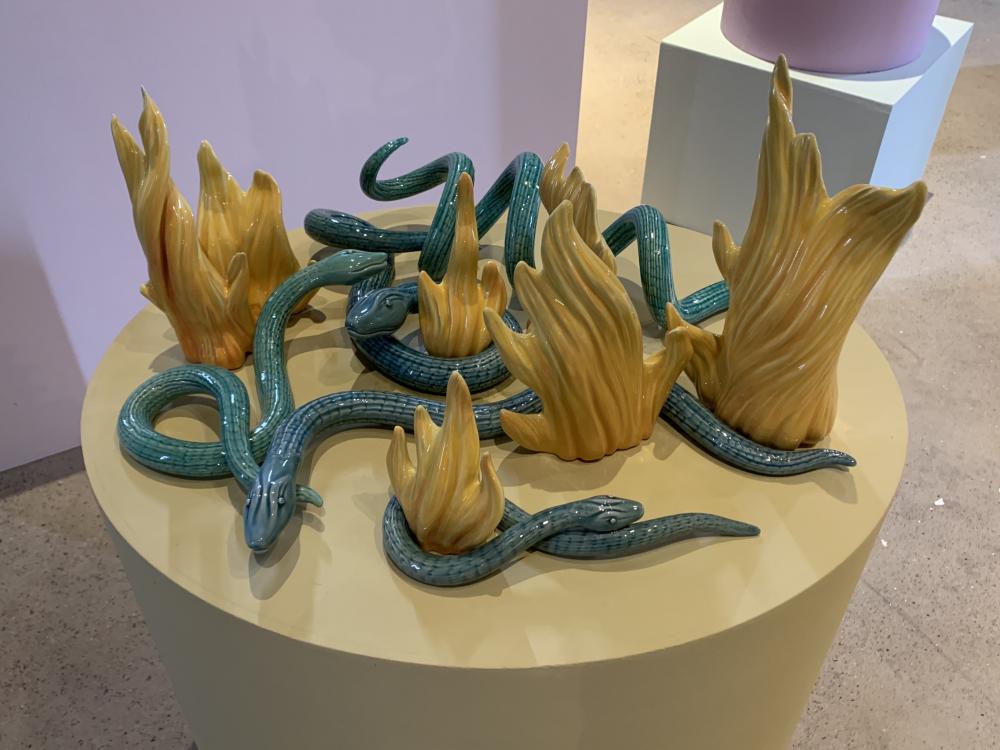 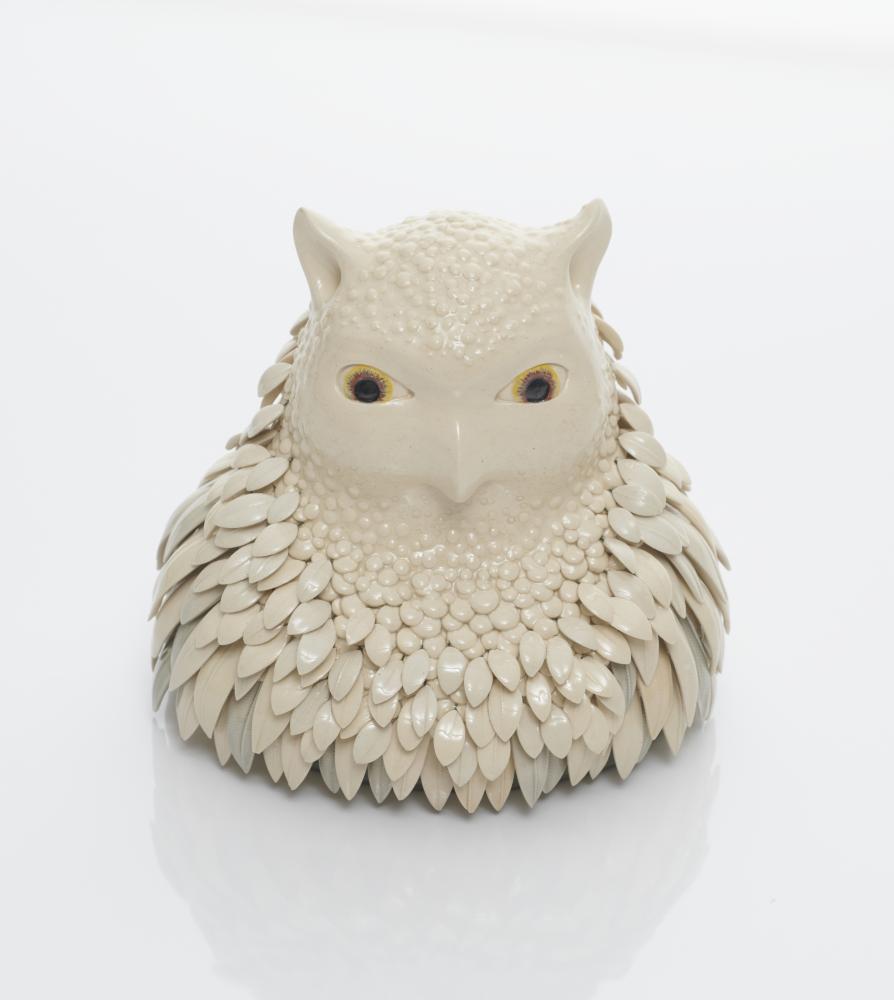 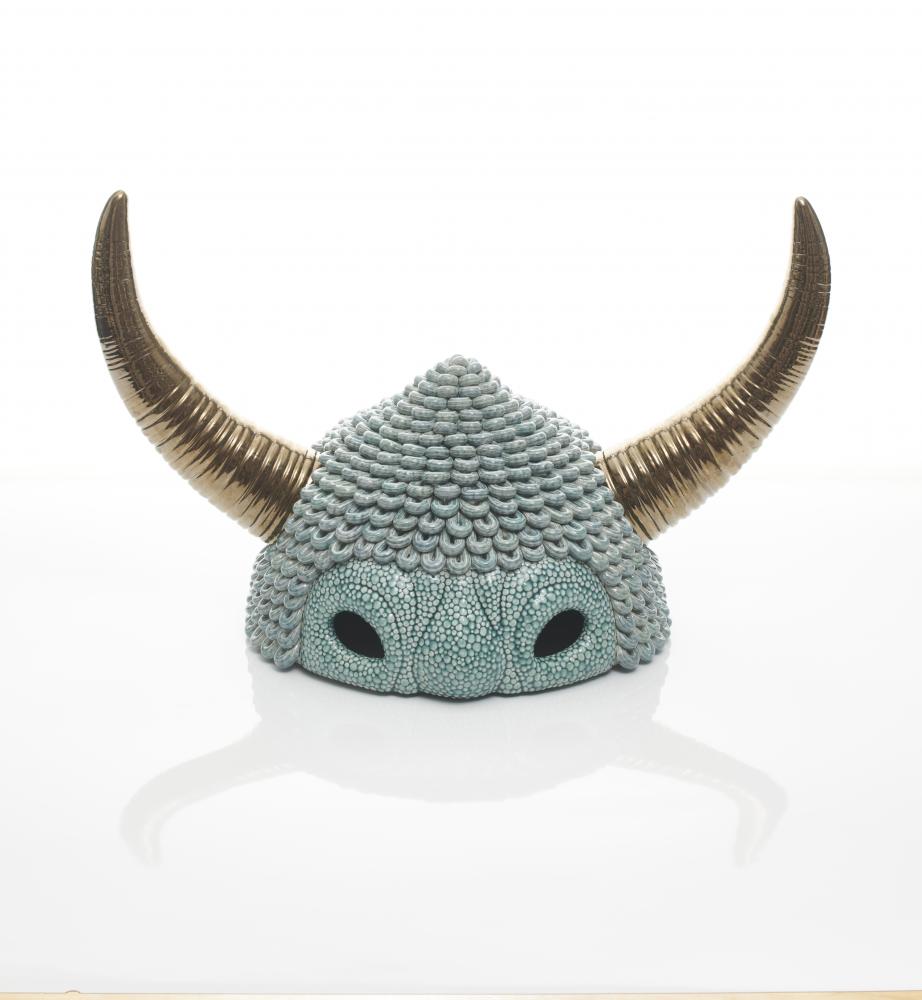 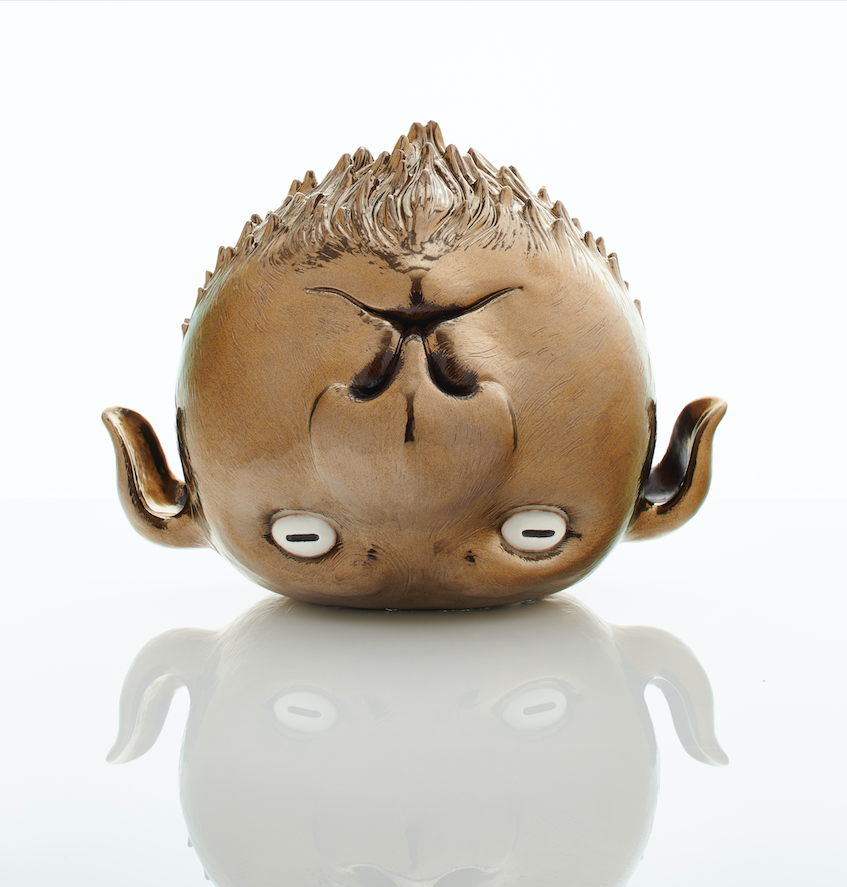 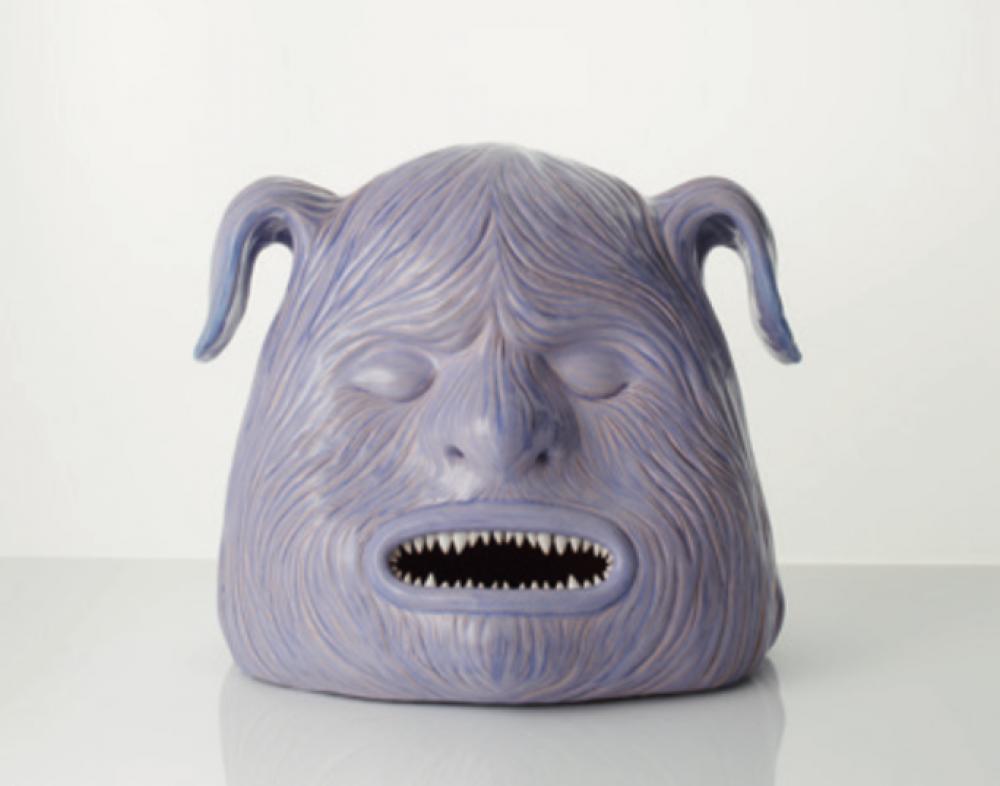 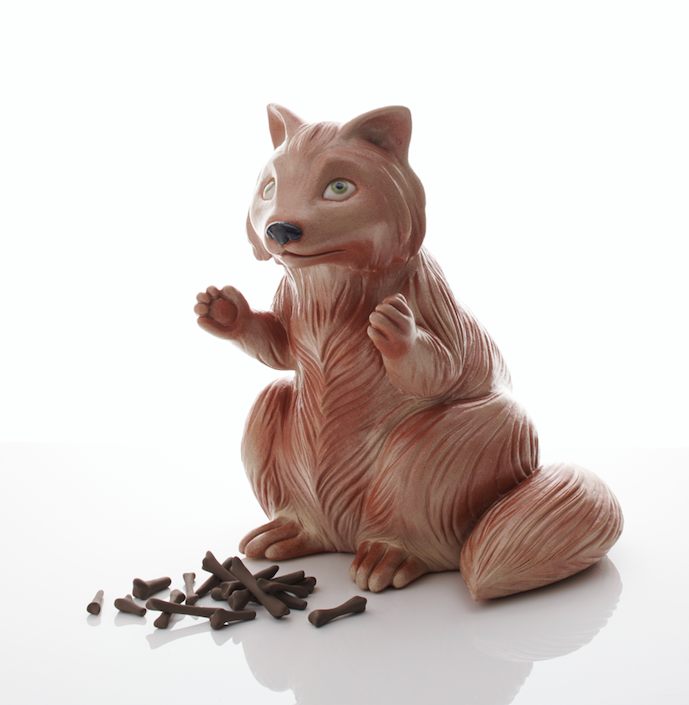 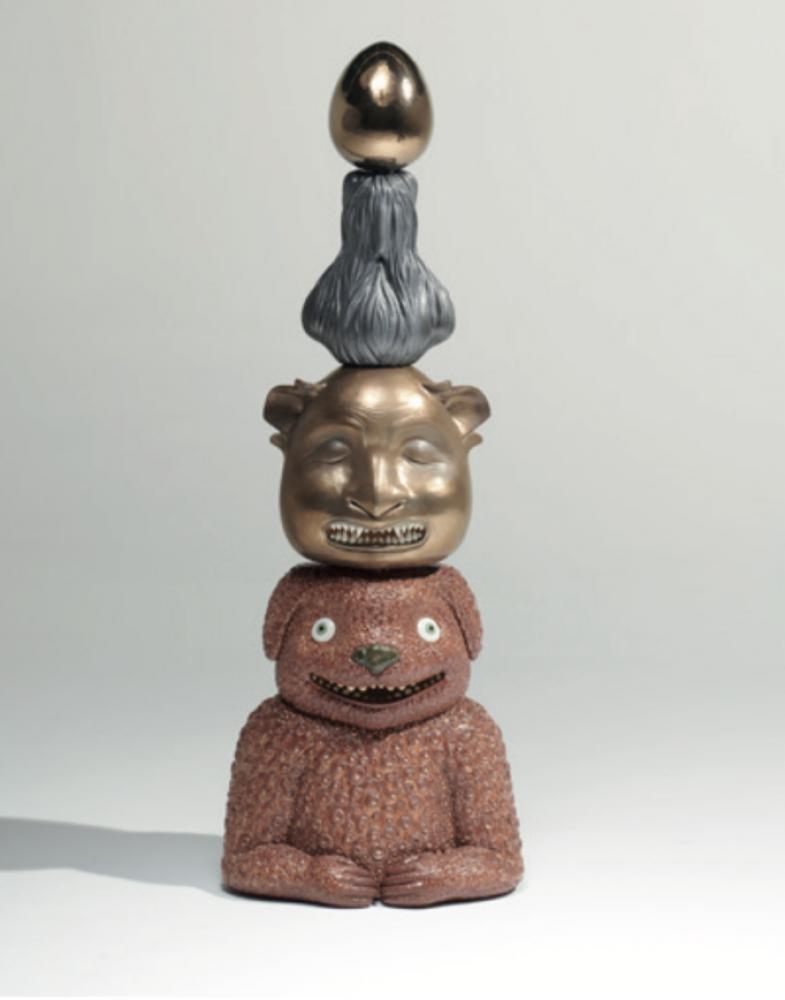 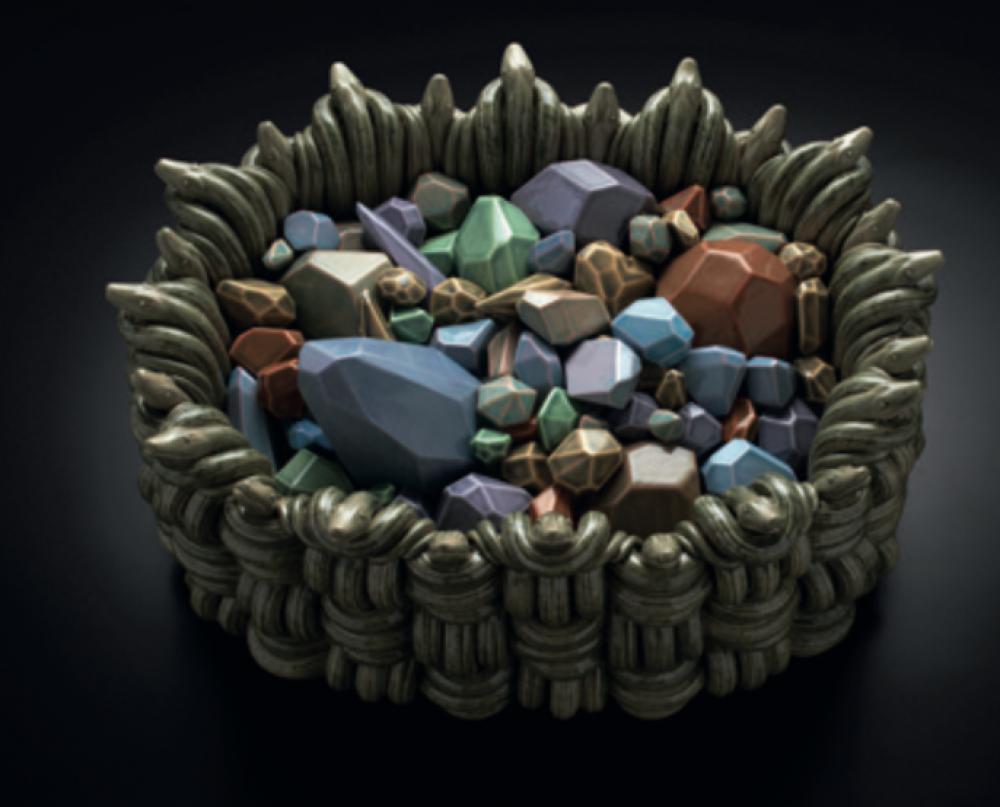 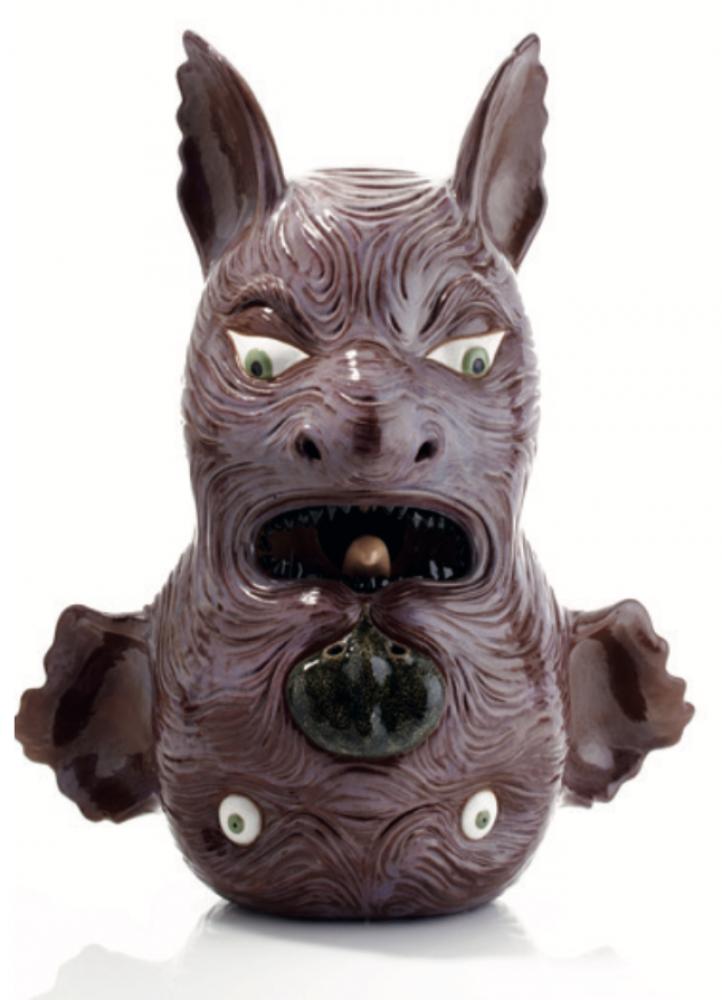 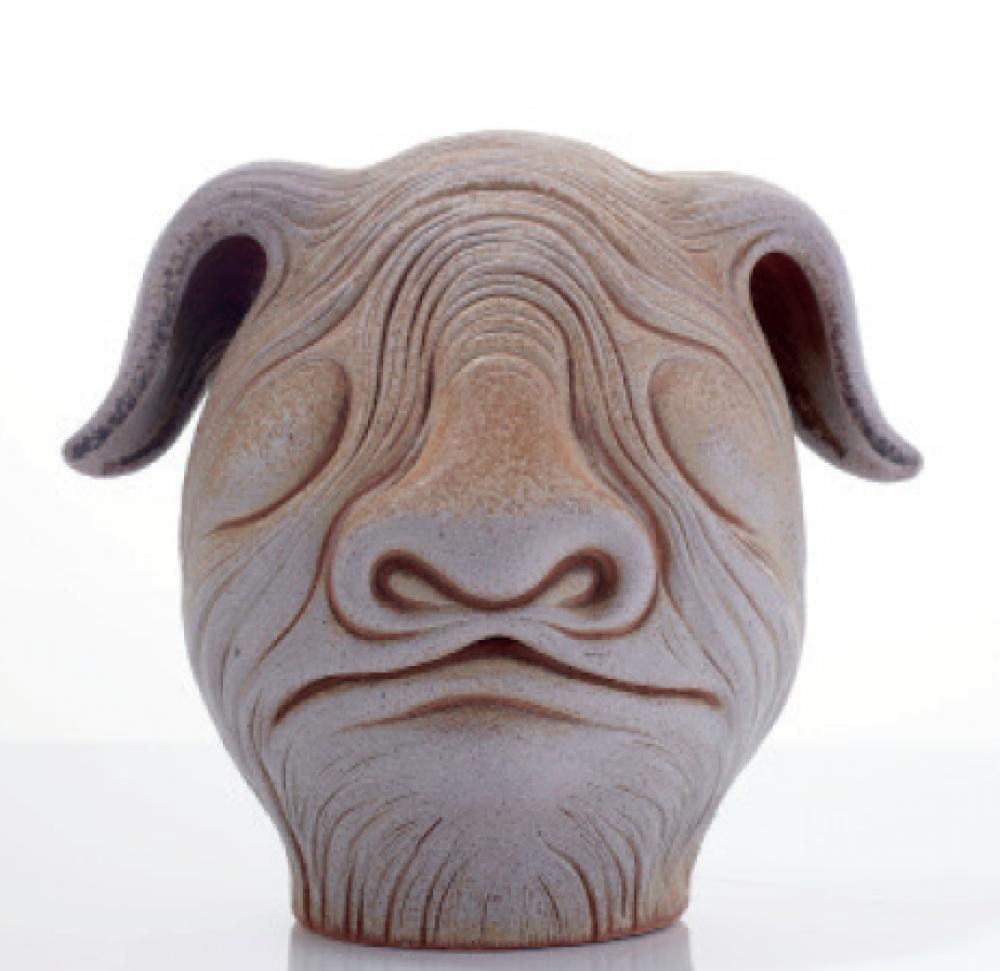 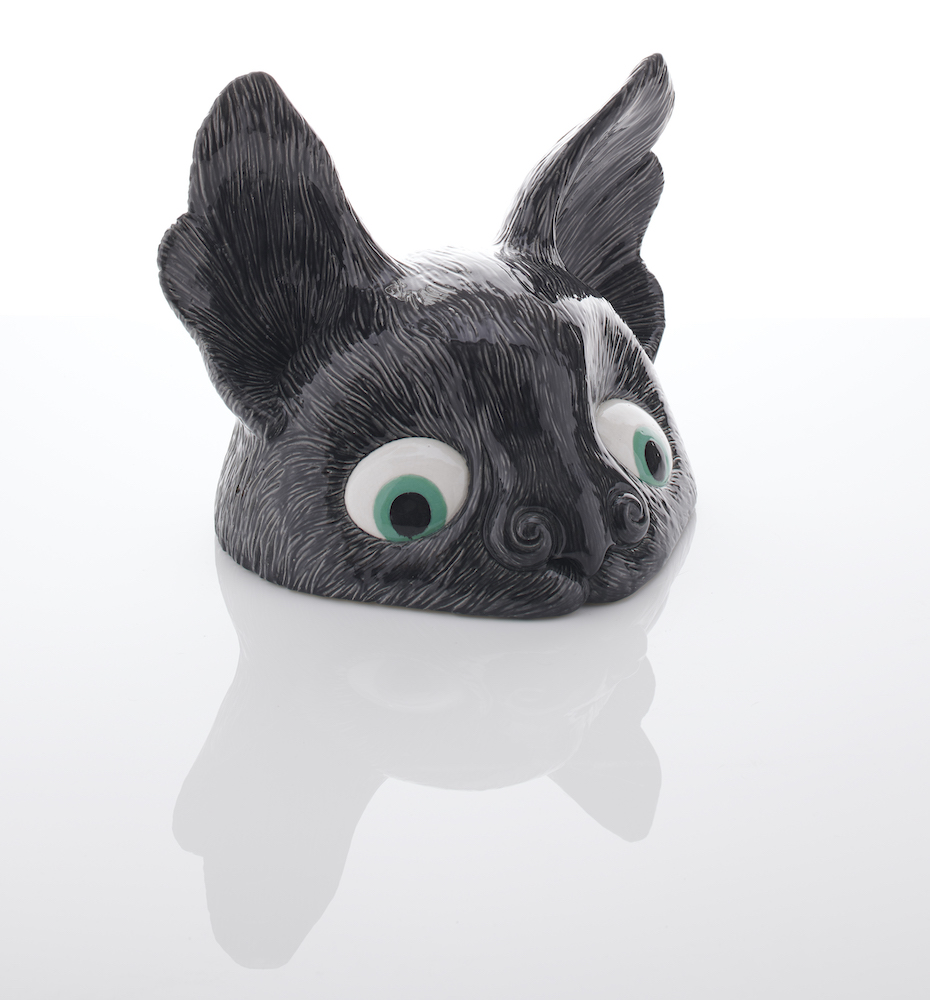 In the Dead of Night (Monsters Head)