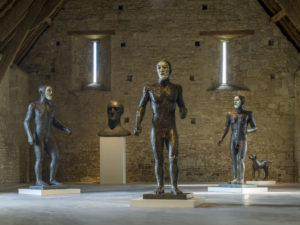 Man is an Animal

“I think all art is an instrument of change through awareness. One of the most important things about art – and I don’t mean sculpture, I mean all the arts – is that it must be a civilising influence. That is its main value: to make people aware of all sorts of different areas of their minds.” Elisabeth Frink interviewed by Sarah Kent, 1992

Man is an Animal is the most extensive collection of large-scale sculptures by Dame Elisabeth Frink shown in this country since the artist’s death in April 1993. Loaned from various institutions and private collectors, it was first exhibited at the Gerhard Marcks Haus Museum in Bremen, Germany. The exhibition explores axioms of tension, threat, intensity and mankind’s atavistic tendencies within Frink’s figurative representational sculpture. It presages how her work continues to be resonant of her time as well as function as a carapace to our contemporary concerns.

[Frink] “believed that traditional patterns of expectation had a lot to do with the fact that men tend to be more fixated on power than women. “I think the male obsession with power is something they have been brought up with,” Frink said in an interview with [Sarah] Kent, “it is put upon them.” Feico Hosktra

This exhibition allows for a contemporary reflection on the duality of masculinity and the contrasts and conflicts that it entails, whilst also revealing the timelessness of Frink’s expressionist figurative oeuvre. It highlights her almost unique insight – as a female sculptor – into the dichotomy of masculinity and of Man’s capability for cruelty as well as compassion and includes works made from the mid-1960s to the mid-1980s, when Frink was in the height of her artistic prowess. Sculptures which include her Riace figures, Running Man, Judas and Seated Man, which have never before been shown together in this country.

Judas (1963), loaned by Yorkshire Sculpture Park, is a figurative embodiment of betrayal and a demonstration of Frink’s ability to convey the nature of Man. Created before her Goggle Head series (examples of which also feature in the exhibition) there is a kind of shield over the eyes in Judas, foreshadowing that art that was to come. At the time, many of the works created at Woolland were seen as romanticised pieces and regarded with little attention or respect, but they have become some of her most well known and loved works. Bryan Robertson, former director of the Tate who hold a significant collection of Frink’s works, described her “as an artist with great courage, integrity and style, someone who gambled continually against the odds both in work – against stylistic fashion, or any kind of comfortable or ingratiating image – and in her life.”

As she said herself in a 1992 interview with Sarah Kent (a recording of which will be playing within the exhibition), “art is an instrument of change through awareness” and it is this very quality that allows her work to be as relevant today as it was sixty years ago – acting as both a reflection on our shared past as well as channelling today’s concerns. 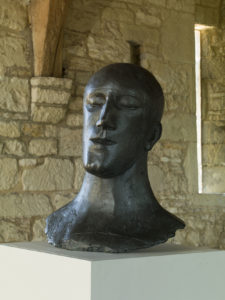 Elisabeth Frink was born in Thurlow in Suffolk and spent her formative years in war-time East Anglia. She studied at the Guildford School of Art (1946–49) and at the Chelsea School of Art (1949–53) and remained resolutely an expressionist figurative artist against the prevailing trends of her time. She died prematurely in 1993 at the age of 62 and was widely admired in her lifetime; a Royal Academician, a Dame and a Companion of Honour. 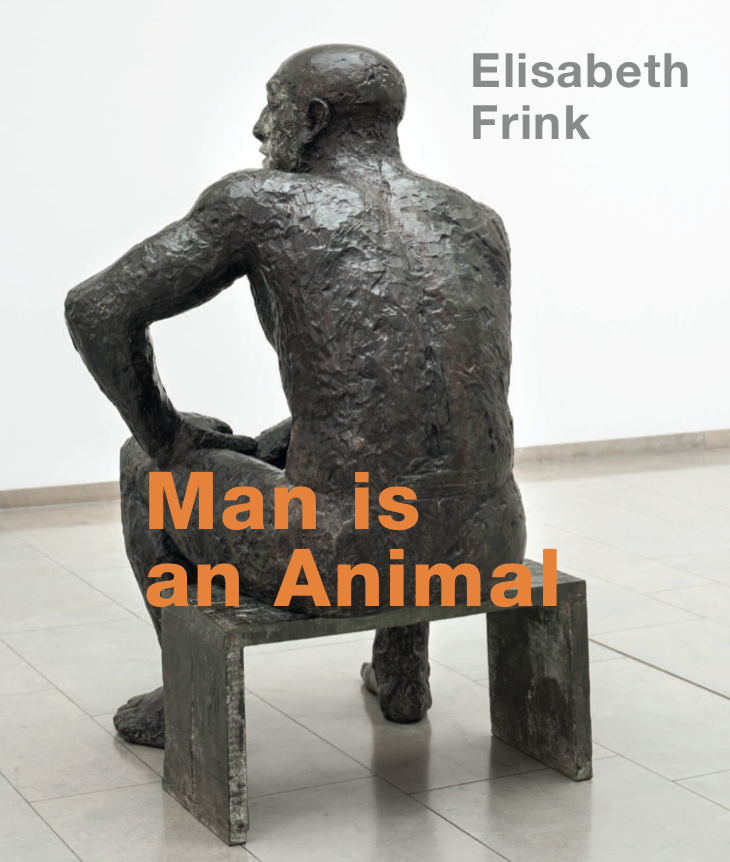 Elisabeth Frink ‘Man is an Animal’ 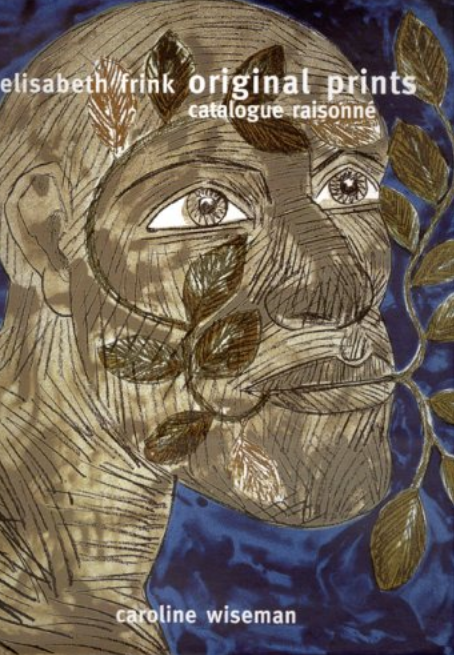 Rare, out of print Catalogue Raisonne of one of Britain’s leading twentieth century sculptors. A 256 page hardback book of Elisabeth Frink’s prints. 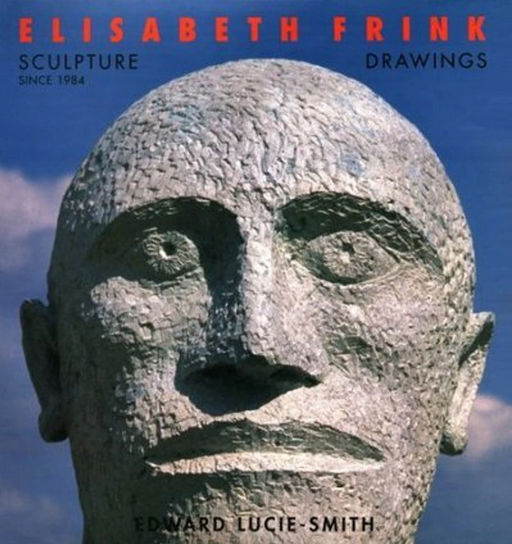 Elisabeth Frink: Sculpture Since 1984 and Drawings

Hardback book with 310 illustrations, 111 in colour. This in-depth book details Elisabeth Frink’s career from 1984 to her death in 1993. 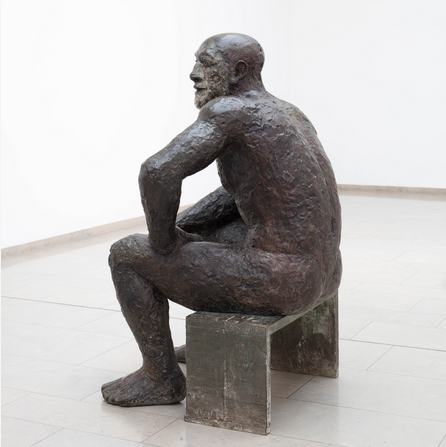 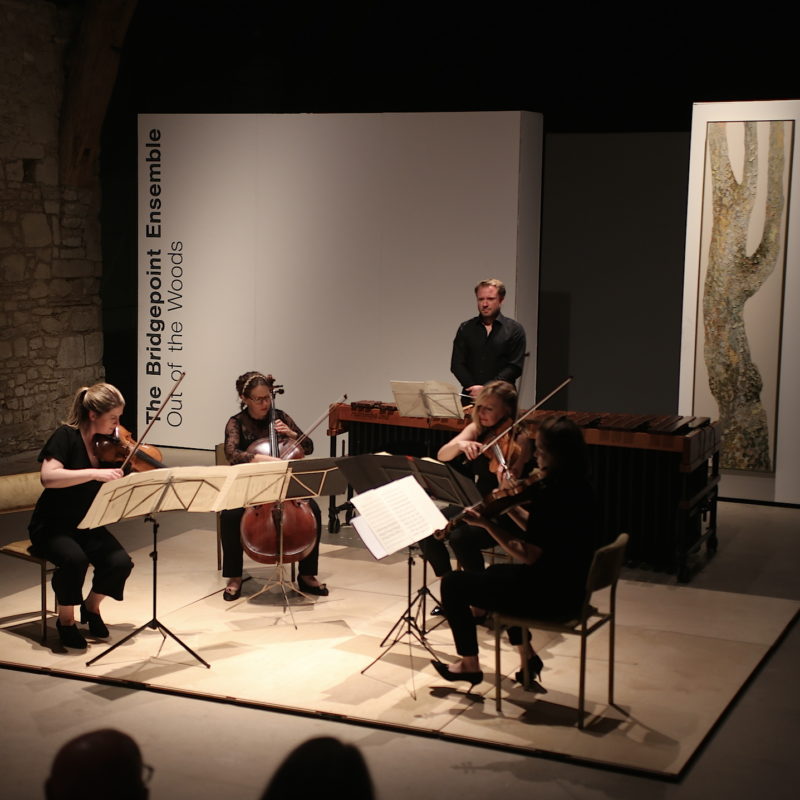 The Bridgepoint Ensemble return to perform a recital of Elisabeth Frink’s favourite music during the Frink ‘Man is an Animal’ exhibition. 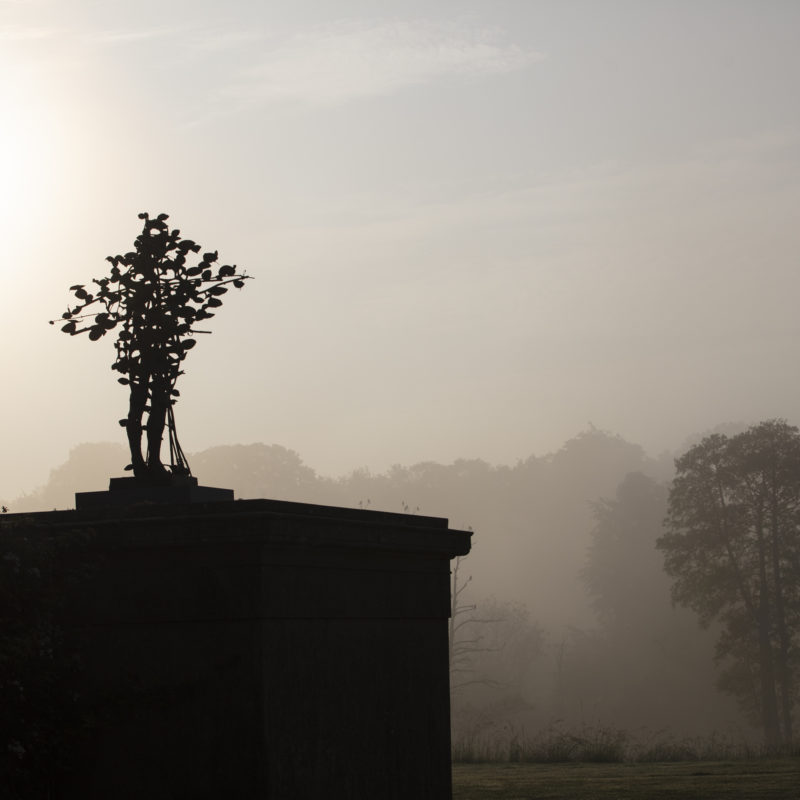 A talk during our Elisabeth Frink ‘Man is an Animal’ exhibition. Frink created much public art in her lifetime, a genre dominated by men.