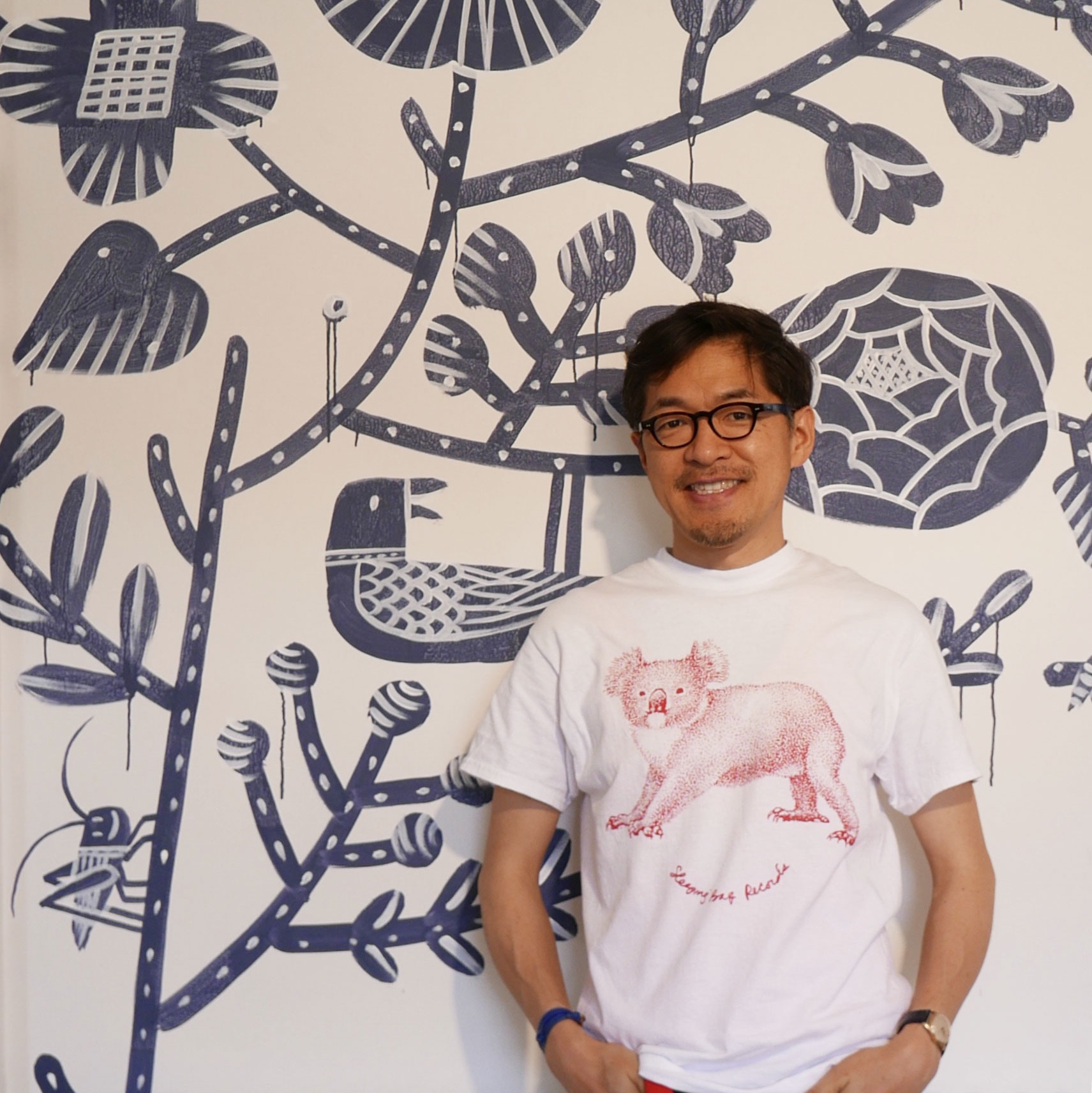 Kagoshima’s ceramics also carry us to a new world. And they too link the artistic traditions of East and West. Kagoshima says, “I believe that there is no real difference in ceramic techniques from all over the world. I am influenced by Japanese traditions, from the very old Jamon pottery all the way through to modern ceramics using the latest technologies.”

Kagoshima draws his whimsical designs freehand in pencil on dried clay, before applying blocks of colour with a paintbrush, using a wax-resist glazing method. He then scrapes off some of the slip or glaze, with the kaki-otoshi decorative technique, using a wide array of tools to etch his designs: “I use dentist’s tools, broken “bones” from umbrellas, seashells and so on, but basically I use everyday items that are either at hand or that I come across,” he says.  The number of firings depends upon the complexity of the design and the techniques used.  As for his delightful imagery, again Kagoshima draws on an eclectic array of sources. He says, “From a young age I loved looking at the patterns in my grandmother’s and mother’s kimono collections.” But he also pored over picture books in his school library of everything from the architecture and sculpture of Ancient Greece, the rustic crafts of Spain and Portugal and ancient Mayan, Incan and Aztec imagery, to the Arts and Crafts movement in the United Kingdom, and Scandinavian design. Kagoshima has also explained “my biggest influence is probably from the Romanesque art world, and in particular the craftsmen (not the “famous” artists) of the era, with their fantastic wood or stone-based creations. Fantastic creatures really piqued my interest.” It is this breadth and depth of influence that accounts for the universal appeal of Kagoshima’s pottery: we can all of us respond to his bold vision. 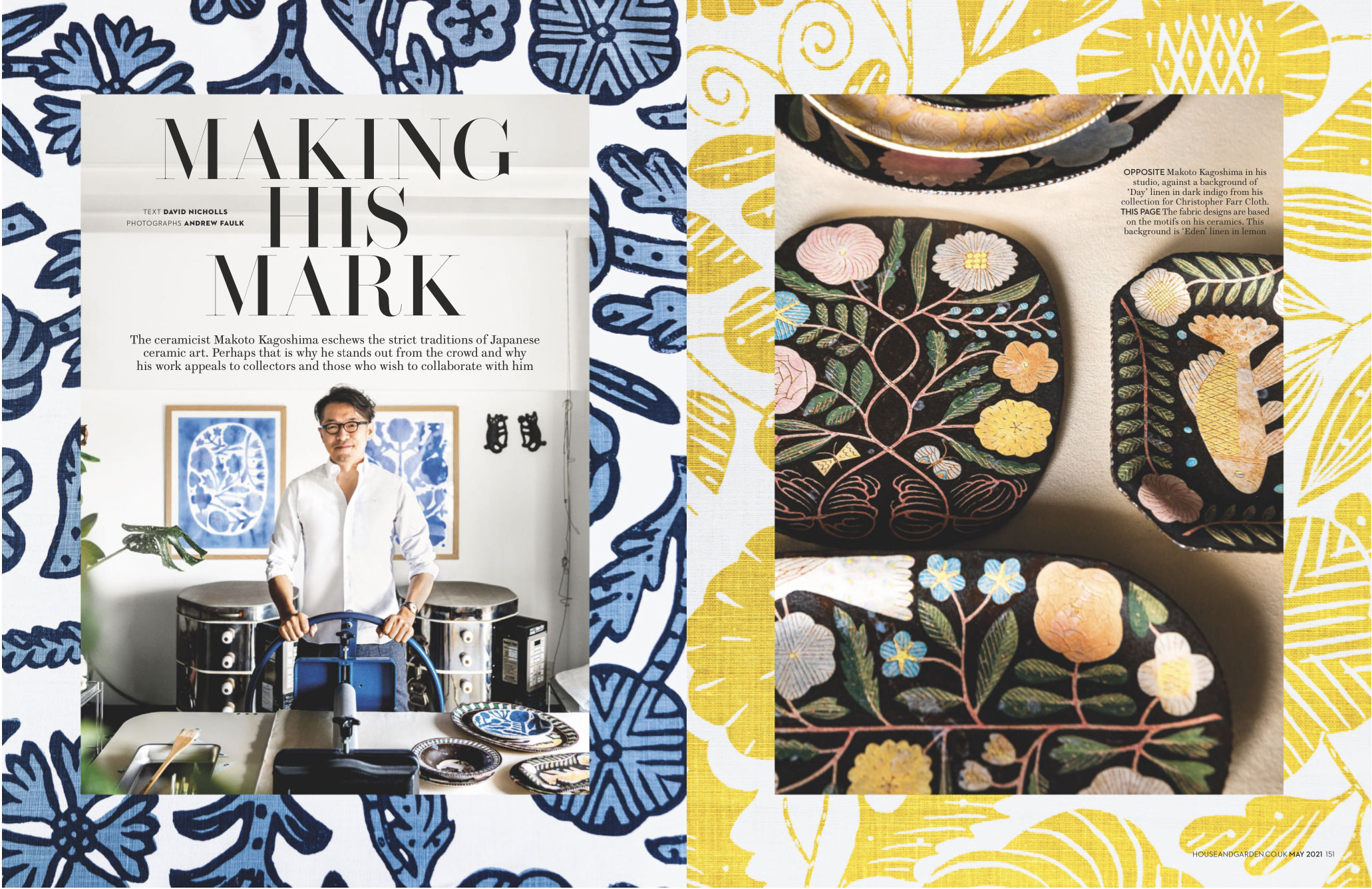 “The fantastical creatures of Romanesque art are one source of inspiration, and some of his more exaggerated animal figures would not look out of place carved into the capital of a column in a medieval church. There are flashes of scanidnavian design: a hint of Josef Frank here; some Marimekko there; and the occasional nod to Bjørn Wimblad. Tying these various sources together is a reimagining and reordering of nature”
David Nicholls, House & Garden
Photos: Andrew Faulk