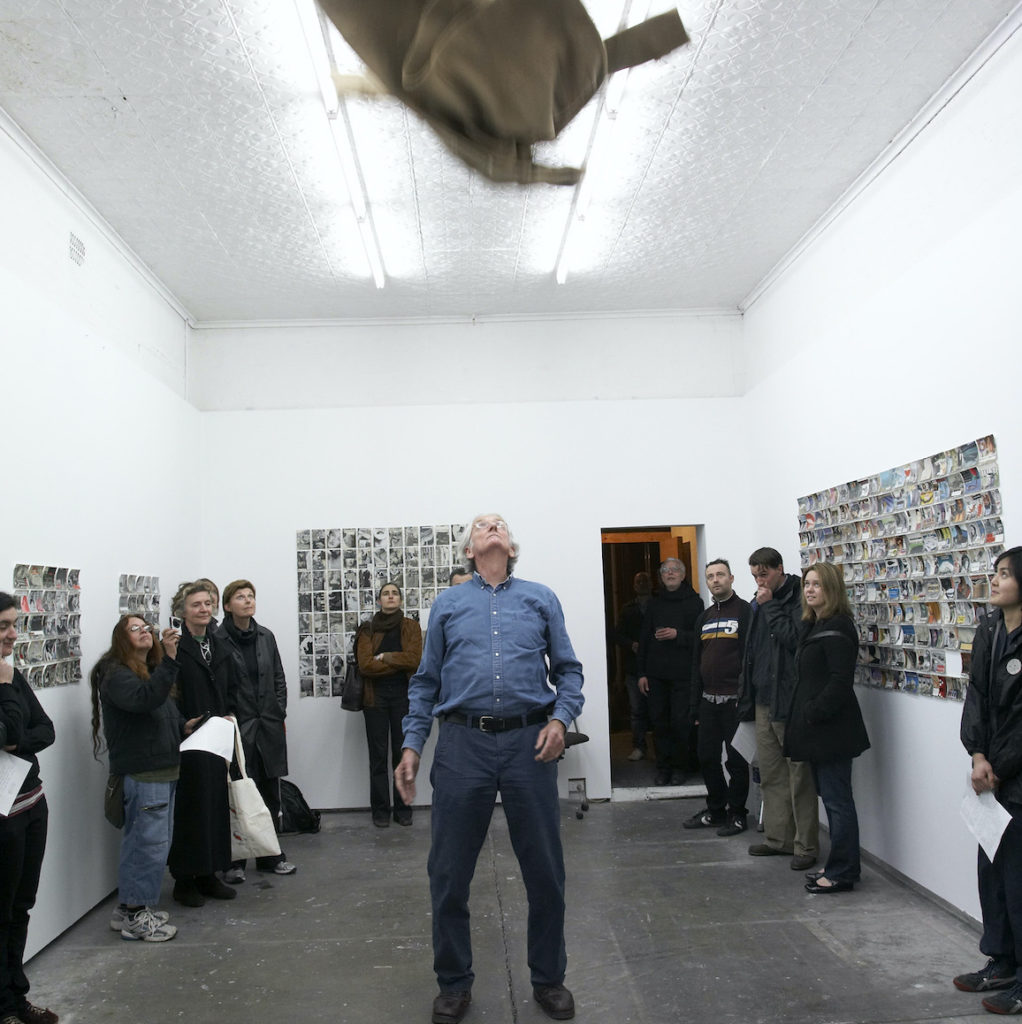 Sam Parks performs a reprise of his father Ti Park’s famous ‘Duffle Coat’ as originally performed at the Venice Biennale.

Painter, print maker, collagist, sculptor, installation and performance artist. Ti Parks was very influential during the 60’s and 70’s particularly in Australia where he lived for a decade. He became particularly famous for ‘Duffle Coat’ which he was often asked to perform. Ti used crutches during his later years and these were often incorporated in to the performance.

Today Ti’s son Sam has taken over the mantel from his father and continues to perform ‘Duffle Coat’ for audiences around the world. Join us on the morning of Ti Parks ‘Retrospective Survey’ exhibition opening to the public for a performance of ‘Duffle Coat’ by Sam Parks.