Crafts magazine: How does it feel to have won Blown Away, and what happens next?

Elliot Walker: It’s still sinking in. We actually filmed it a year ago, so I’ve had to keep shtum since then, but the past week has been crazy and I’ve had lots of support. People over here think it’s amazing that someone from the UK has won a US-based show.

As the winner of Blown Away, I was awarded a residency at the Corning Museum, which I’m hoping to do in the autumn, as well as another at the Pittsburgh glass centre. I’m hoping to use those to make work for an exhibition I have planned at the Habatat Galleries in Detroit, the flagship glass gallery in the US.

The American studio glass scene is much bigger than the UK’s. Did you notice a difference? 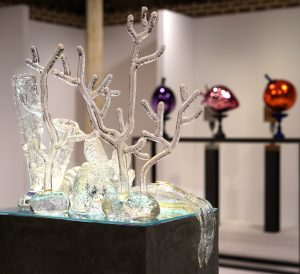 Yes, it’s unbelievably different there. One thing I learned is how many institutions they have dedicated to glass – a lot of them with charitable status, so people from underprivileged or challenging backgrounds can go and learn the craft. Glassblowing needs a lot of discipline so I can see how it might change your perspective or your emotional state. A lot of artist there make their work by doing projects with different institutions. I hope people in the UK can start to understand what we’re losing in terms of craft, heritage, history, skills and contemporary practice without publicly funded institutions for glass making.

Why do you think you won the competition?

A lot of it was luck – the other contestants were fantastic. I think had the advantage of diversity – because I’m a sculptor more than traditional glassblower, I could come up with different forms quite easily, which gave me an edge.

In your current online exhibition with Messums London you’re showing a new body of work, ‘Plenty’. How does this series draw on traditional still-life paintings?

I’ve been working with glass for 12 years, always experimenting with different techniques. But I’m also influenced by historical works of art. Here, the 3D forms take inspiration from still-life paintings, their composition and depiction of expendable objects.

How do the works comment on our relationship to food?

I’ve been thinking about our idealised conception of food – how the farmed strawberries we eat are so unlike the tiny, seed-covered wild ones. For this show, I have made an enormous strawberry and used a mirroring technique to make it look obscene. Then there’s a triptych of seafood that uses clear glass to comment on the bleaching of coral reefs. 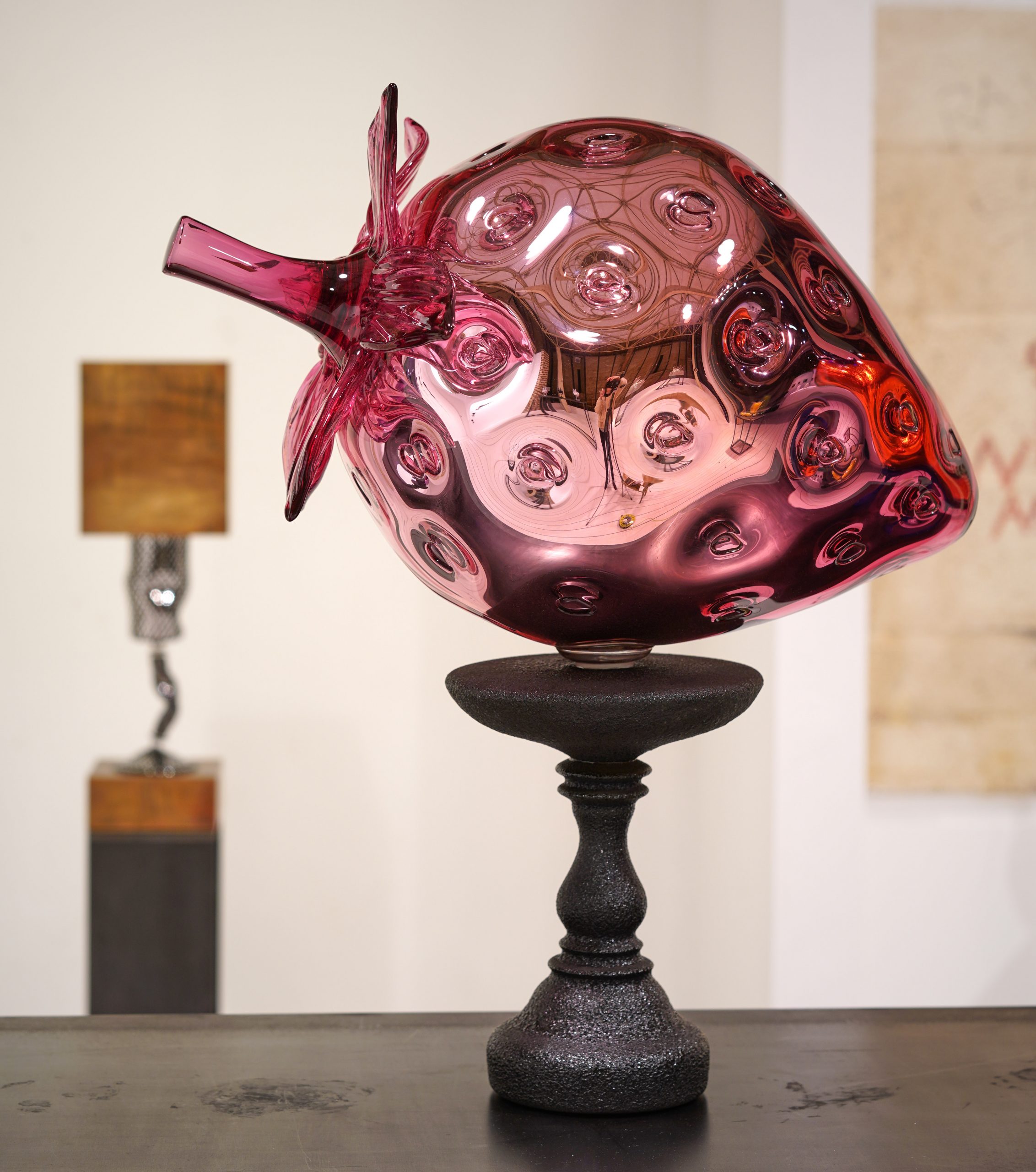 Could you tell me about the tableware in the display?

Goblet construction is the height of technical glassmaking, and glassmakers often display many identical ones together. I’ve turned that idea into a sculpture: I’ve       made 20 wall-mounted goblets using the traditional reticello technique, but then crushed them down between two concrete blocks until they are distorted, and       displayed them on the wall.

The virtual exhibition Elliot Walker: Plenty runs until 13 February. This interview is an updated extract from Crafts magazine’s January/February issue
Interview courtesy of the Crafts Council and Crafts magazine.
Read more about Elliot in The Telegraph