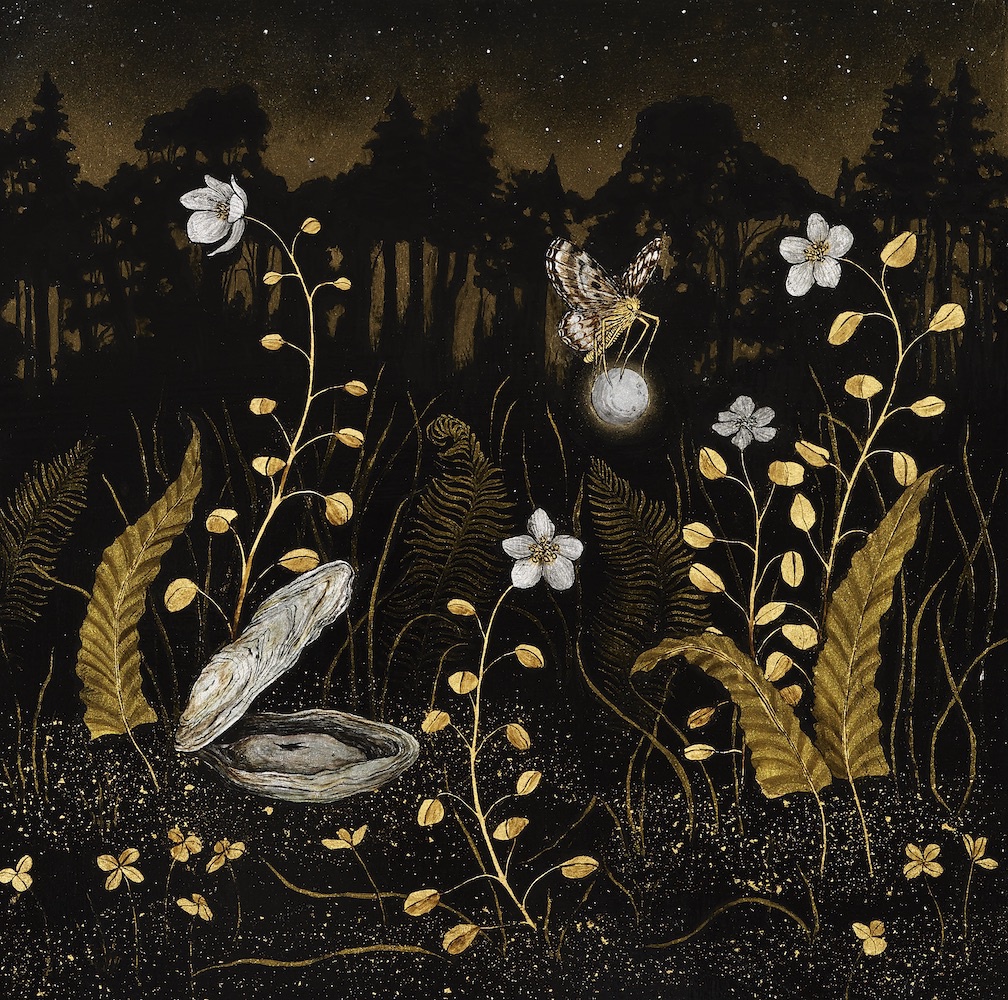 Tuesday Riddell’s rich, symbolically charged lacquerware pieces take us into an ethereal nocturne of fantastical narratives and acute observation, highlighting themes of mortality and contemporary environmental concerns. It is perhaps then fitting that this new body of six paintings – originally scheduled to be shown as part of a focus on British Observational Art in New York this May – are being offered direct to our clients during this time, when both are in the forefront of our minds.

Tuesday’s intricate pieces recall sottobosco painting of the Dutch 17th Century as they magnify insect life and the of flora and fauna of the natural world. They also employ a visual language that links fairy tales and the fabulous with the real life underworld that is both harmonious and perilous, beautiful and decaying.

She is one of a number of artists supported and represented by Messums whose artistic practice is underpinned by extraordinary craftsmanship in the execution of their work. Similar to Asian lacquer work, Japanning is a European technique brought to Britain in the 17th Century that is both laborious and today is rarely studied. Tuesday’s synthesis of this traditional practice with a modern sensibility and awareness of nature points to a generation of artists who venerate the present, question the future and have embraced technical skill.