Artworks can be viewed by appointment in the Elisabeth Frink studio space,
Messums London or in your home. 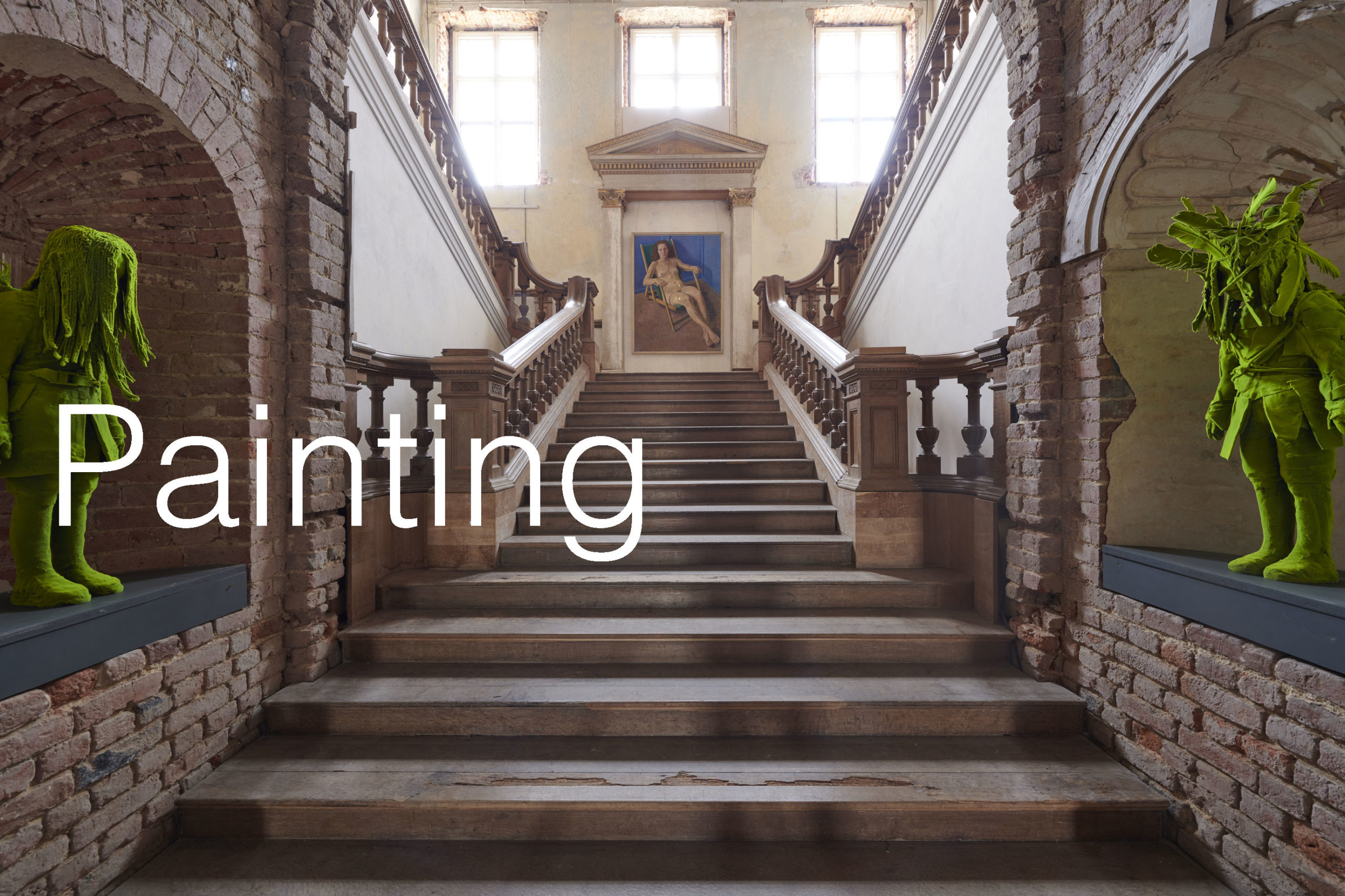 “Out of this period of being stuck in the English countryside, Beard has produced a body of work which is intensely atmospheric and solitary, the landscape of fields and hills half seen, half absorbed into his imagination and then idealised into views of the snow and the mist, the wintry hills and the outlines of the distant trees along the horizon and the ploughed-up fields in diagonal lines stretched across the foreground, sometimes covered in a light dusting of snow” — Sir Charles Saumarez-Smith, 2020 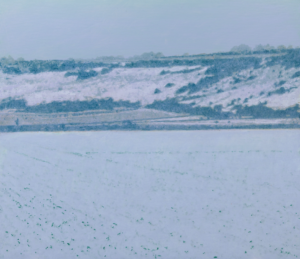 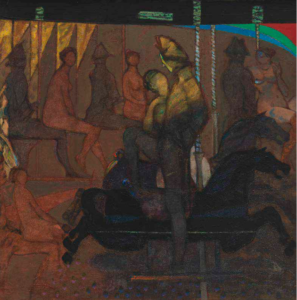 One of the most important painters in Scotland in the late 20th Century. Works in major collections include HRH Prince of Wales, HRH the Duke of Edinburgh, Scottish National Gallery of Art, Scottish Arts Council, Aberdeen, Kirkaldy, Leeds, Middlesborough, Glasgow, Paisley, Perth, Sunderland Art Galleries. Recipient of the Legion d’Honneur, a knighthood. 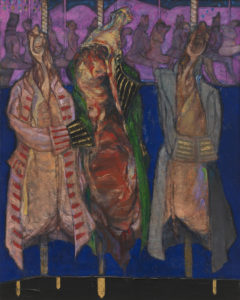 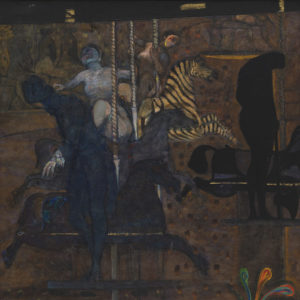 “[Rose] makes her own way, with a lot of help from Matisse and not much from Roger, to emerge after his death as an authoritative colourist of great strength and warmth in her own right.” Hilary Spurling (Spectator, 2016) 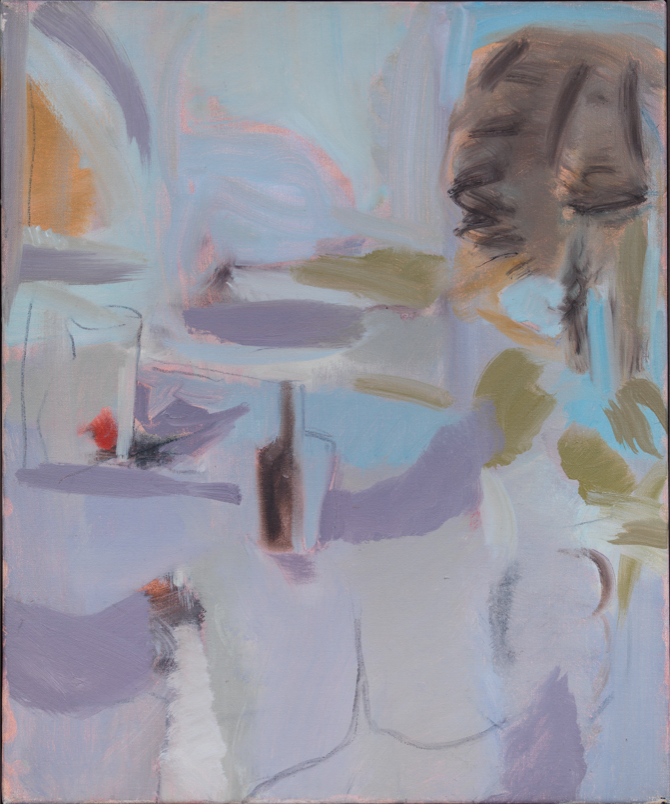 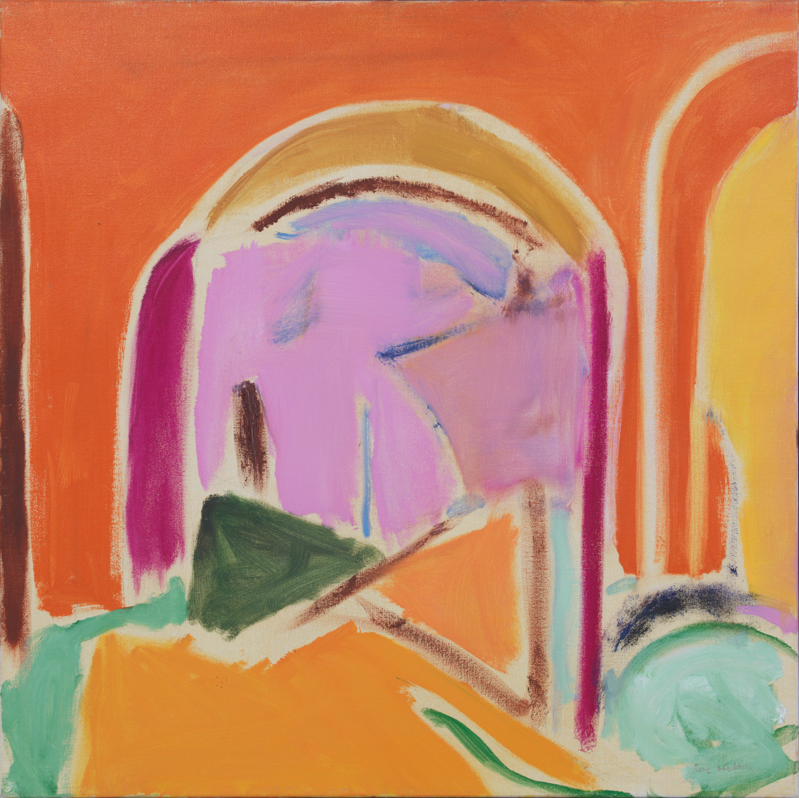 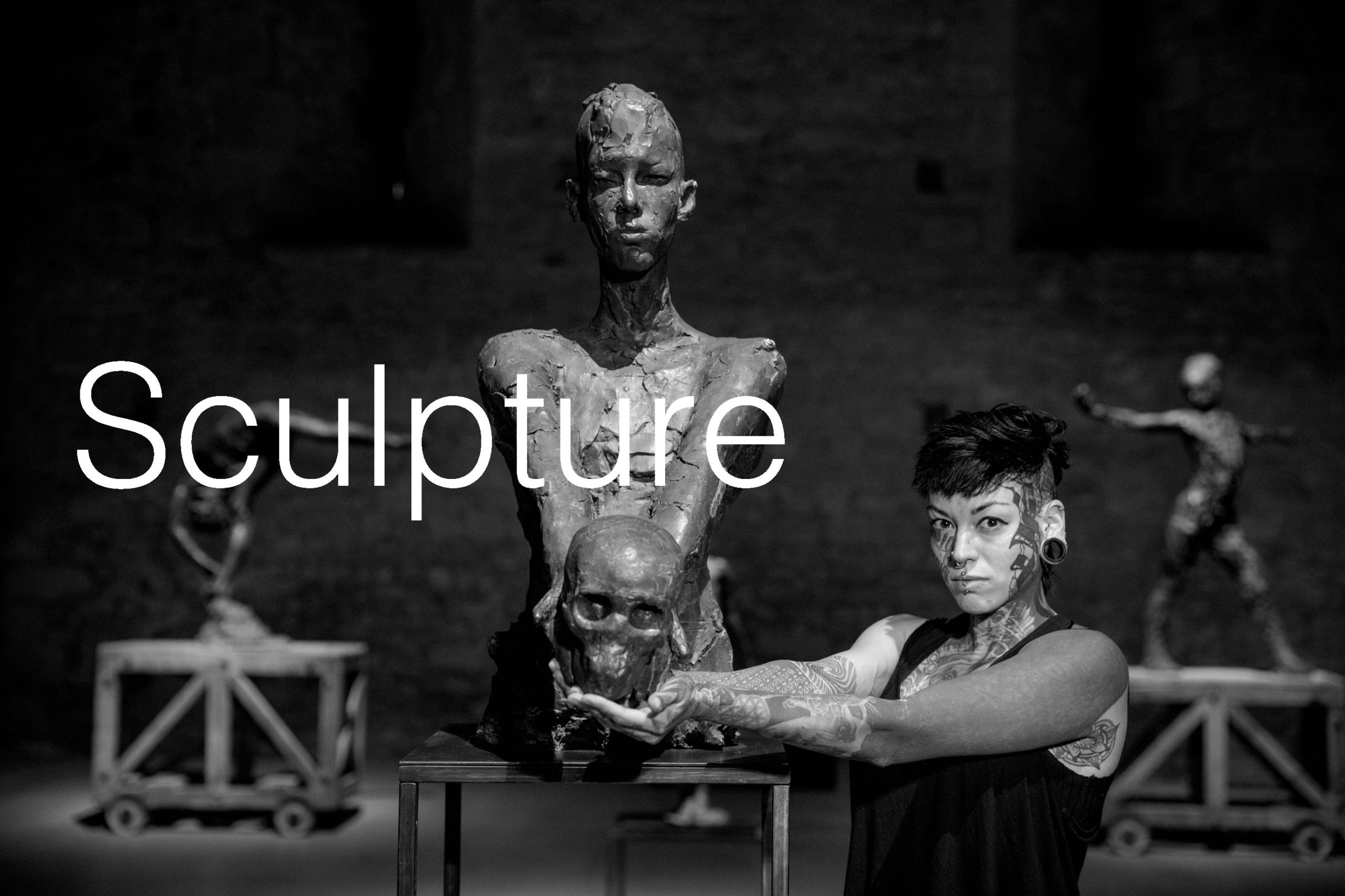 “Well, these, these ones in particular, these carapaces and horse head, and plant head, fish head, they’re really much more based on fossils, you know, man changing into animal, animal changing into plant, sort of evolution.”  Recording E. Frink and S Kent, 1992, excerpt British Library
Read more 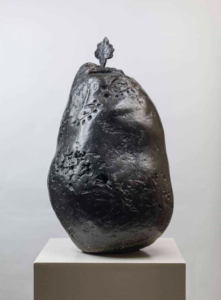 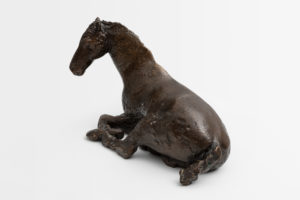 “That they are elegant and graceful and sensual is plain to see, but what of the space around them? It is not a disinterested bystander. It has become part of the art, a contextual protagonist: an altered environment. The relationship between carved stone and landscape makes you ‘read’ each differently. This is why positioning is so important to Bridget: the surrounding physical space is part of her sculpture.” Will Gompertz, 2020, on Bridget McCrum 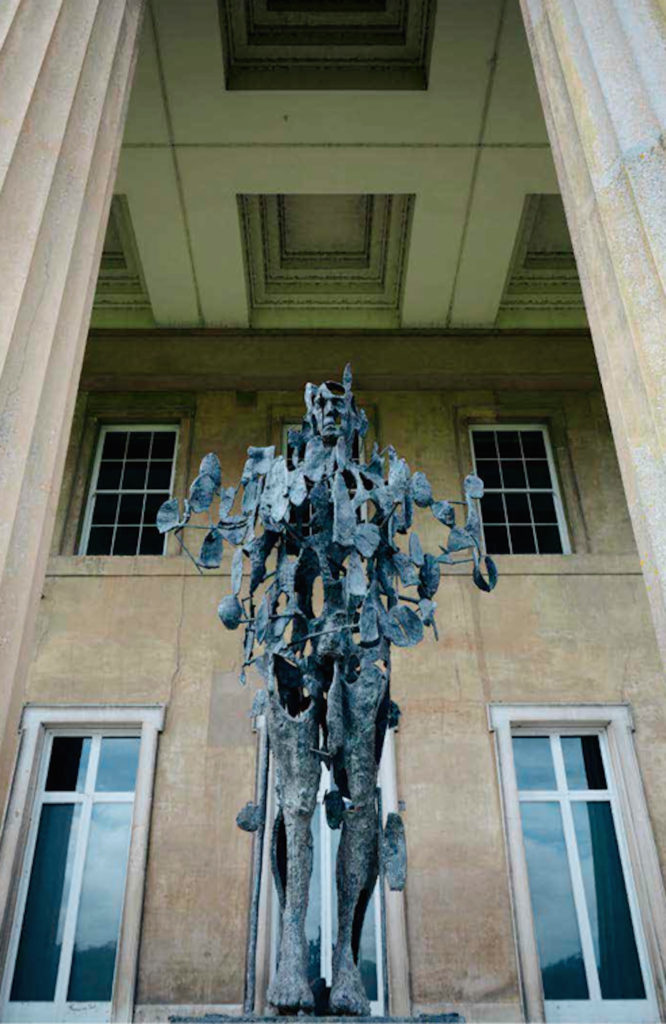 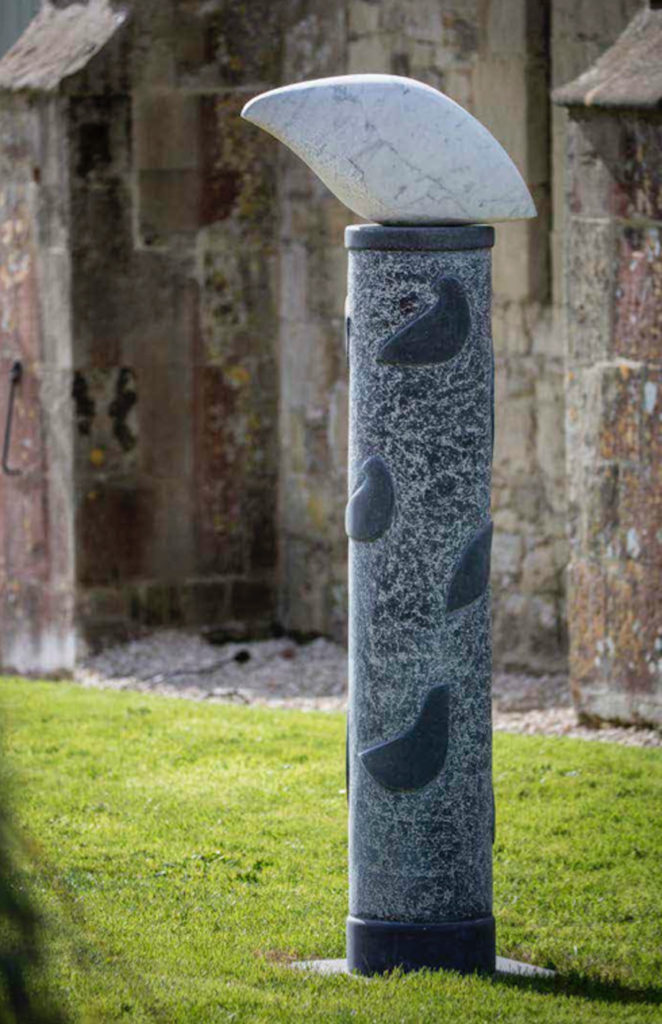 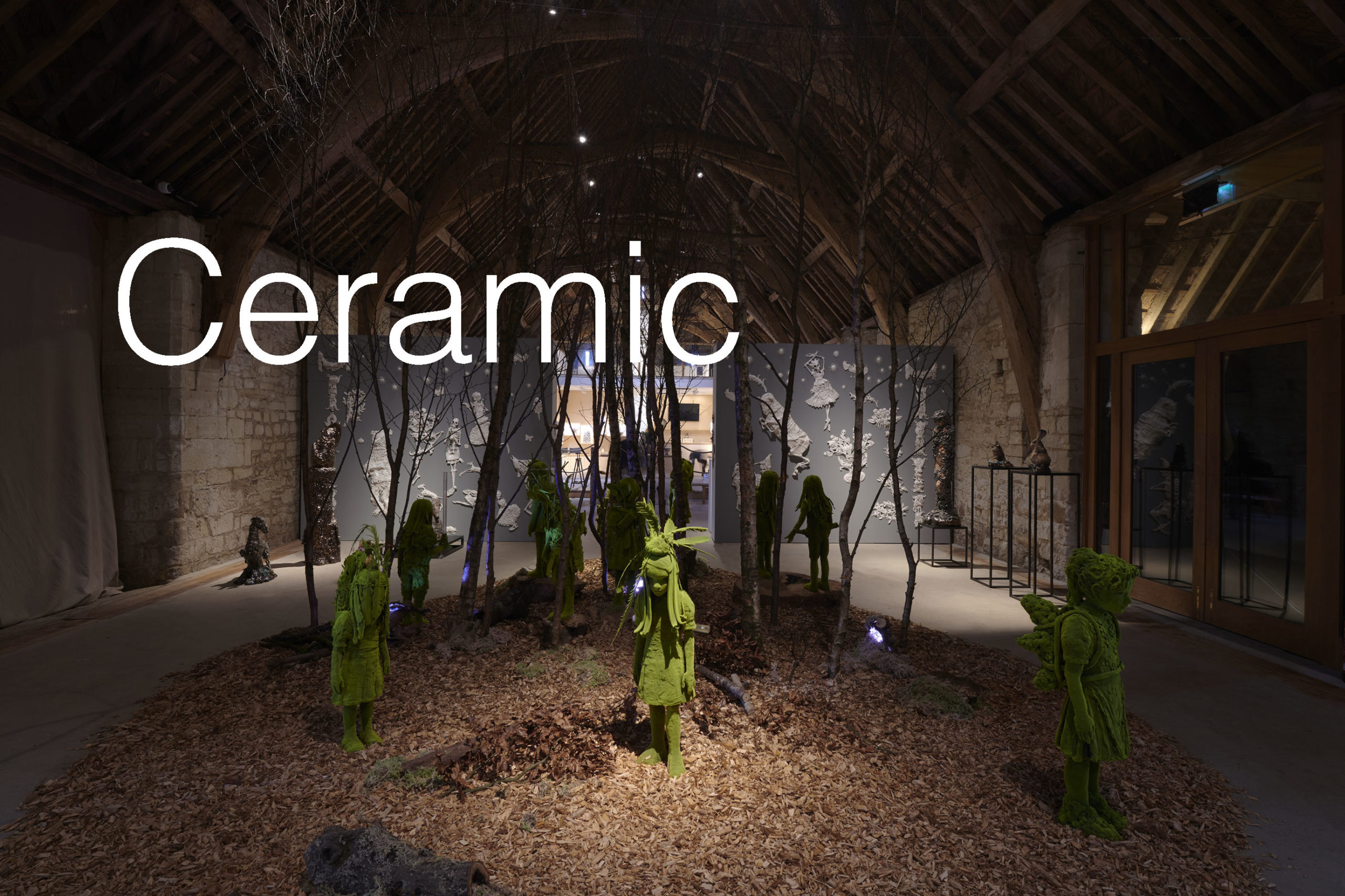 “Greg Payce lives in Calgary, Alberta, and was Professor of ceramic at ACAD for decades, before stepping back to concentrate purely on his work. Through the decades he has developed a superb form of trompe l’oeil that is entirely his own, in which thrown vessels, sometimes in pairs, sometimes in rows, appear to have standing figures between them. In his work, people fill the voids. In this way, his art gives us one of the most poetic and timeless visions of the relationship of people to pots. He has made for us an essay on the intimacy of ceramic to civilization.”  Paul Greenhalgh 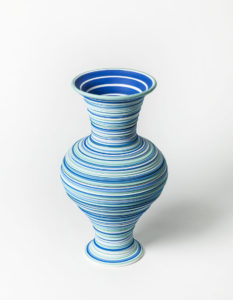 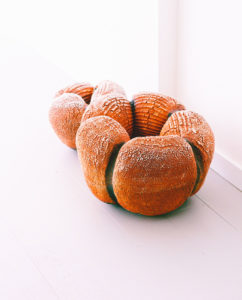 “He disregards conventional ceramic technology, and all his work is fiercely sculptural. It is therefore surprising to discover that all his pieces are built from thrown elements. The discipline of the potter’s wheel with its drive to repetition and symmetry appears remote from the dramatic, fractured nature of these complex objects.”

“Brown’s ceramic figures awaken a primal notion in the viewer, conjuring empathy, curiosity, perhaps anxiety or fear. These figures have a life of their own. They may appear still and static, but Brown plays on generations of tall tales, years of playful childhood memories and tropes of popular culture in theatre, cinema and television to spark our demiurgical aspirations. Perhaps, when your back is turned, these figures might move, might whisper to each other, playing games when the lights are out. Brown insists they are well-behaved but even finds herself chastising them as she leaves her studio each night.”
Natalie Baerselman le Gros 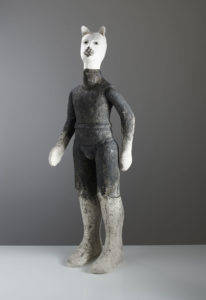 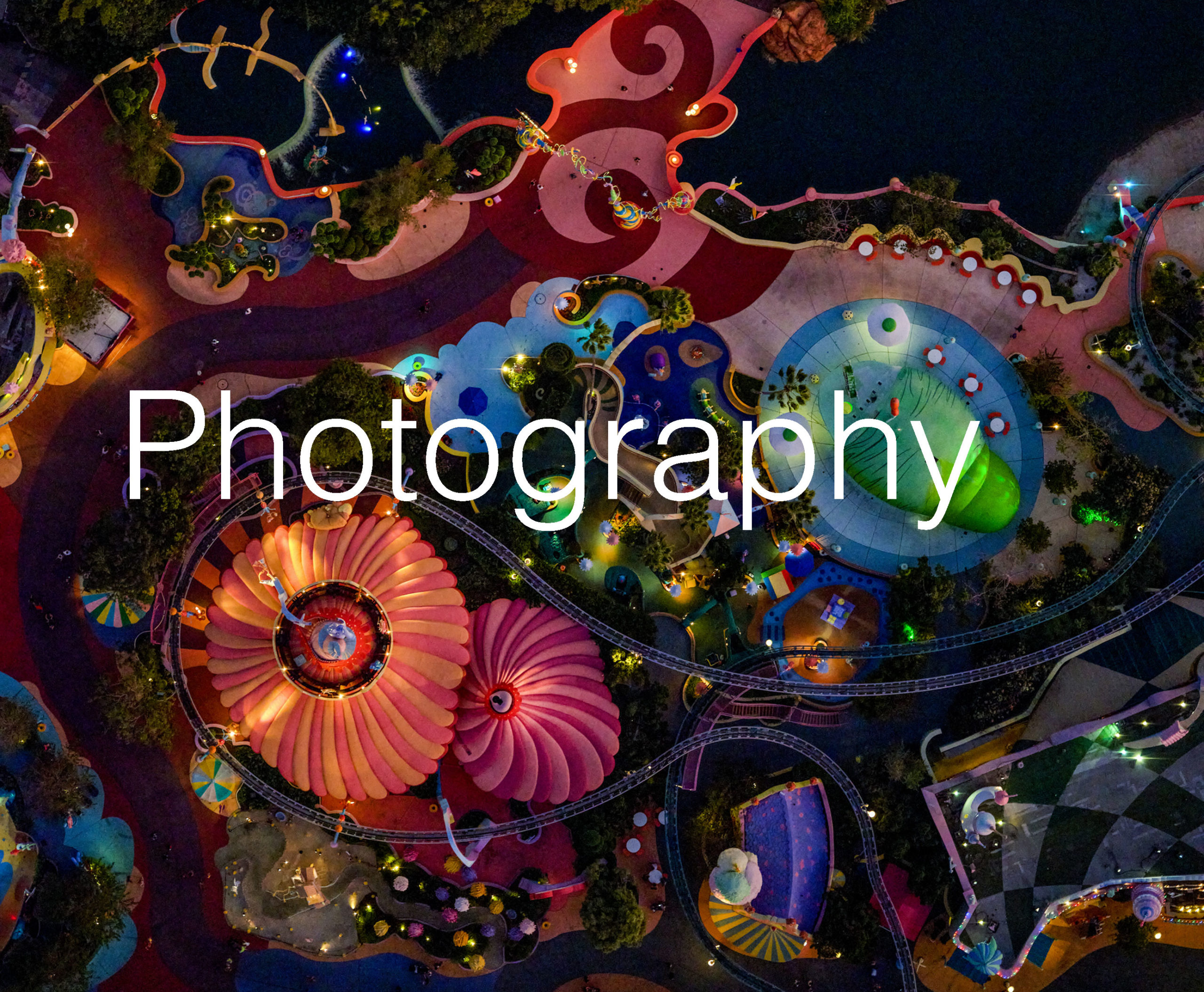 Laura El-Tantawy (b.1980)
The Square I Remember

“A peaceful and tranquil day suddenly turns violent and chaotic, it’s claustrophobic, until a new dawn rises and there is hope again.”  Laura El-Tantawy 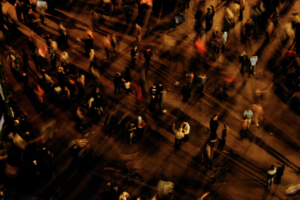 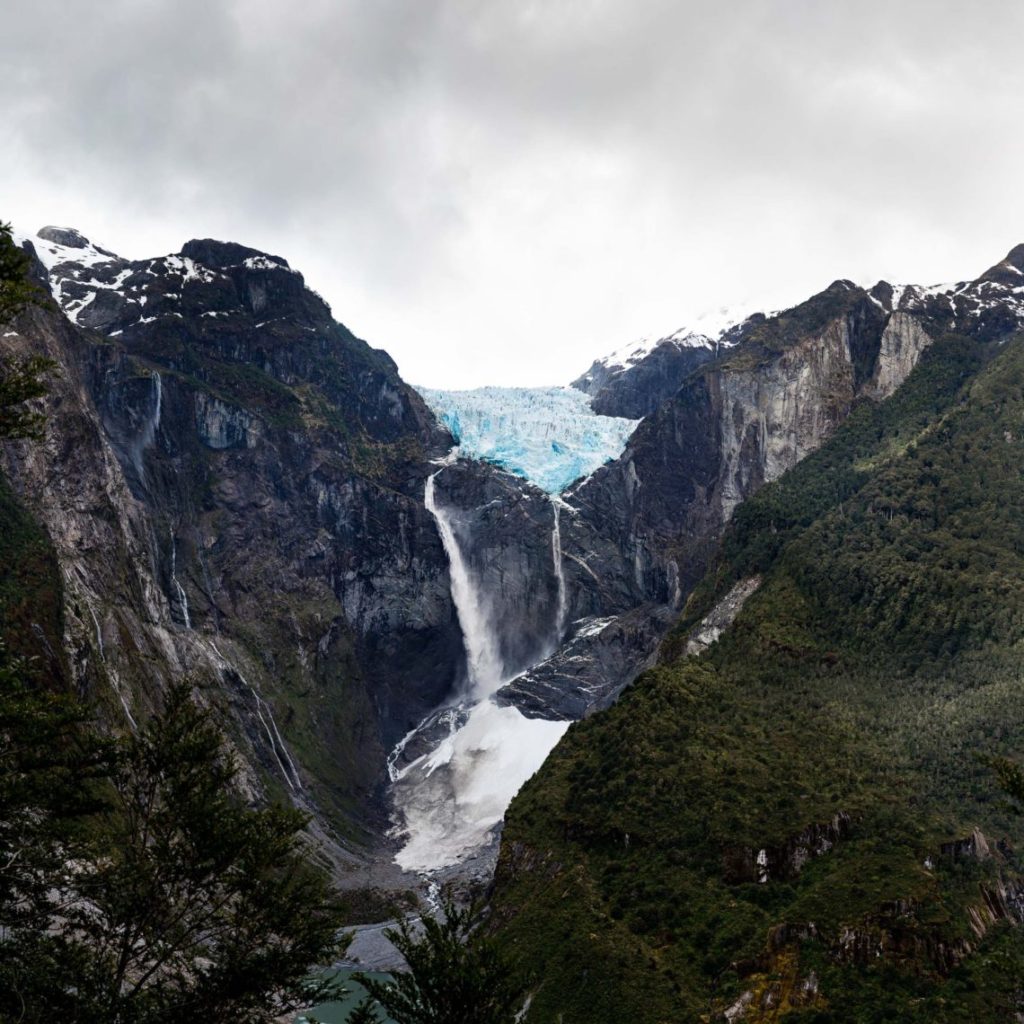 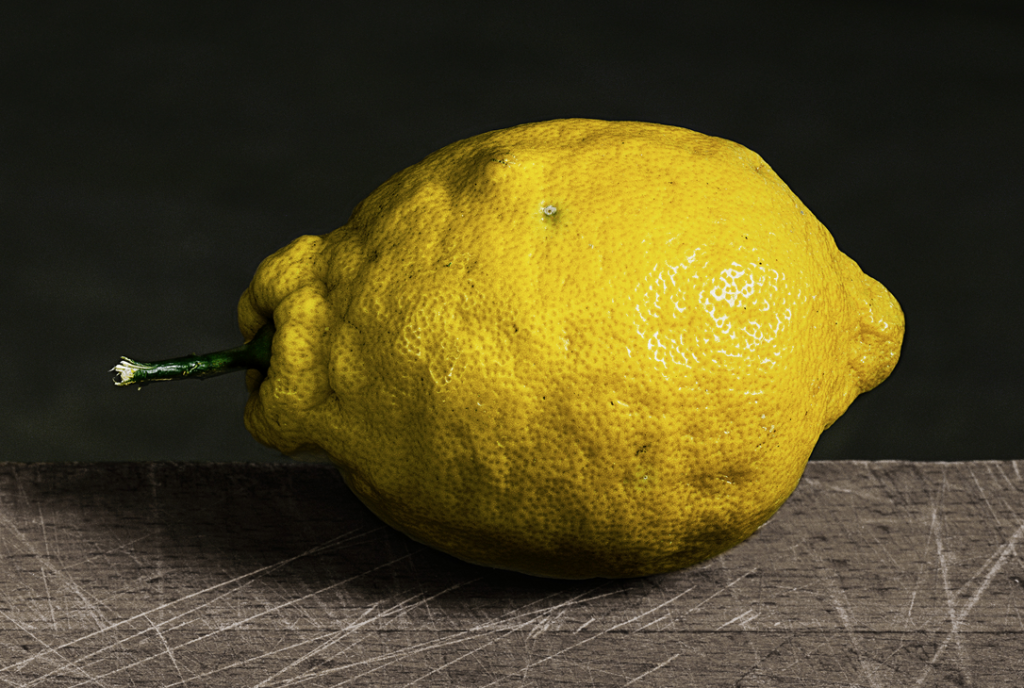 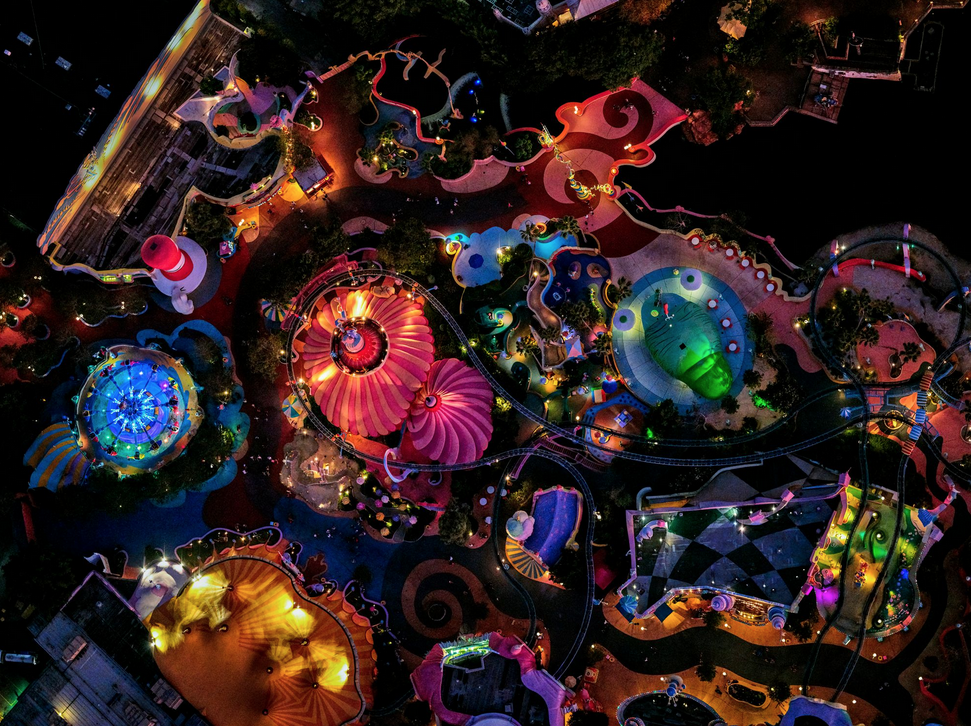 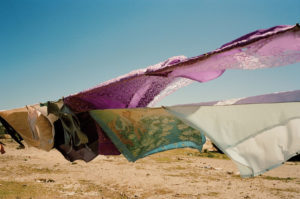 “From an outsider’s perspective, the project ‘It Must Be Built From Ashes’ follows some of the ‘born-free’ generation facing the struggles of growing up in South Africa today in a way that confronts the mainstream media portrayal of Mitchells Plain and the communities who live on the Cape Flats.”  Justin Keene 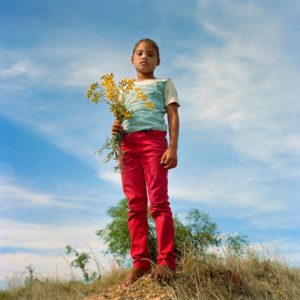 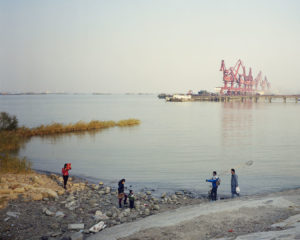 “I used Google Earth to identify the coordinates of sixty-three locations marking every 100 km of the river’s course. It was these sixty-three ‘Y-points’ that I set out to reach and to photograph, come what may. This method avoided most of the picturesque views or colossal concrete structures, which are frequently visited by photographers. Instead, a set of accidental and vernacular landscapes were found.”  Yan Wang Preston 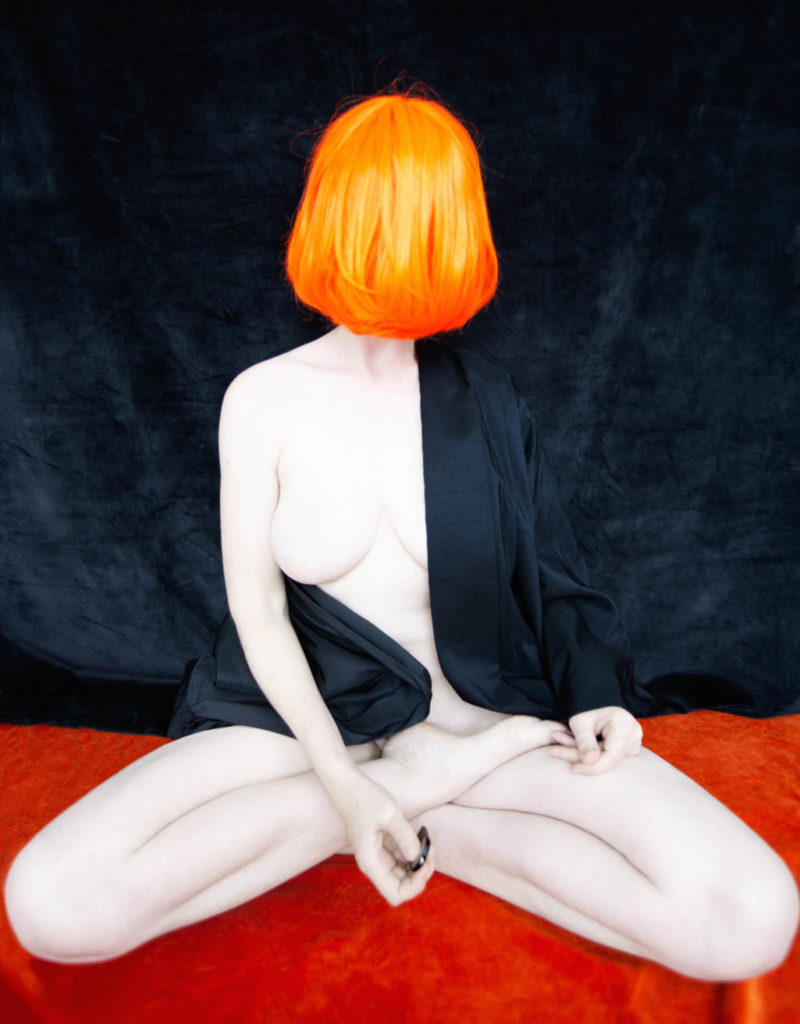 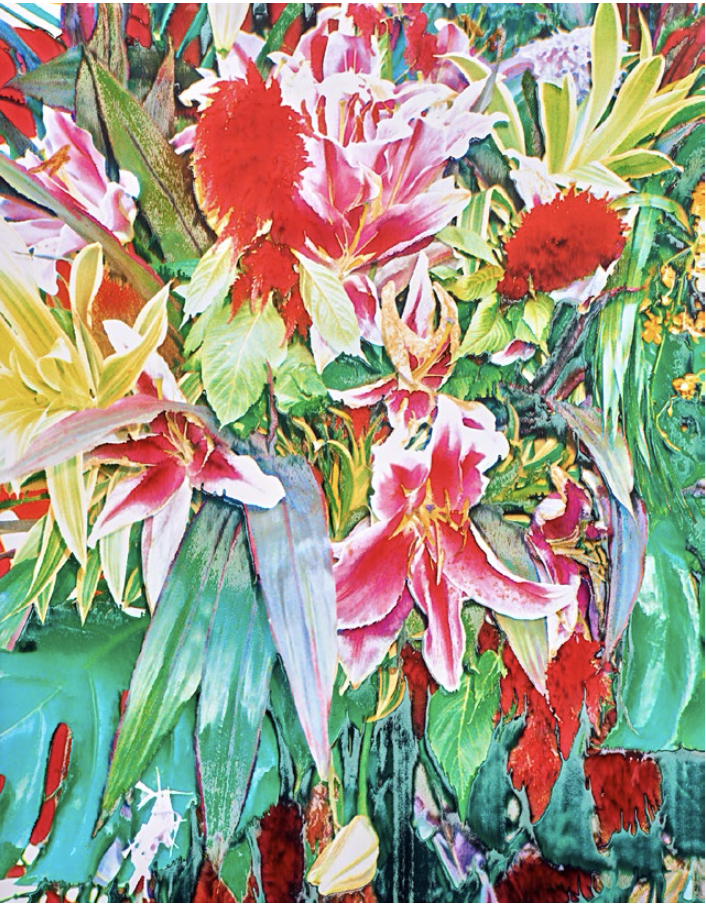