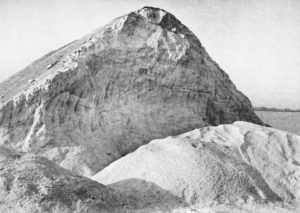 Exhibition goes live at 10am on 12 January
For advance information and a collector’s preview please register interest:

Messums London presents its first contemporary photography show by artists Nii Obodai and Justin Keene. Through a selection of delicately composed and ethereal images, this exhibition allows us to consider within an aesthetic language our relationship with nature and read cultural history through the environment.

Nii Obodai (b. 1968) has had an extensive photographic career over the last two decades, deploying the medium to record and document the ‘unseen’ and every day in Africa. Photographing in black and white, his contemplative images bring attention to the remains, traces, and scars of the past on the land, especially in Mozambique and Ghana, where Nii Obodai grew up. The natural environments photographed by Nii Obodai hold conflicted stories, shaped by colonial and post-independent histories and, at the same time, informed by the custodians of cultural and spiritual heritage.

Based in the UK, Justin Keene (b. 1989) directs his photographic lens on South Africa, where his parents lived. Across his lyrical and poetic imagery, Keene explores concepts of identity and representation, as well as his conflicting relationship with this country, its colonial legacy and the so-called ‘born free’ generation. At time outsiders, at time insiders, both photographers’ intimate explorations of Africa as a post colony intrinsically shape the content and form of their images and the stories they choose to tell. In both of their works, the strongest points are quietly spoken.

Exhibited alongside each other for the very first time, Nii Obodai and Justin Keene belong to two generations of photographers exploring the marks of history in today’s African landscape while questioning their own notions of home. Collaboration is central to their work, oral stories and testimonies narrated by inhabitants translated into their image-making. Their work reflects on people’s relationship with the land, mining and extraction as instrumental factors in the colonial and economic history of Ghana, Mozambique and South Africa respectively, and interrogate what the future might behold. In the photographs taken by Nii Obodai and Justin Keene, the land figures as a sentient being and a character in its own right.