A Dark Story in White

Jørgen Haugen Sørensen, born in Copenhagen in 1934, is one of Denmark’s most esteemed and decorated sculptors and we are delighted to represent his work in the UK. Throughout his entire artistic career he has consistently and independently focused his attention on the human condition in society and has shifted effortlessly between materials and modes of expression within the sculptural sphere – each transformation has been mastered with continuous success.

Whilst Jørgen works in materials including bronze and marble, this exhibition – following his debut at Messums London – will focus on his white clay works, one of the most basic of materials that has always been in line with his aesthetic approach.

According to legend, God modelled human figures out of clay. He breathed life into them, let them live and will determine if they deserve to burn in hell or not.

“The feel of materials, and the expressive manipulation of them are central to Jørgen. How to fuse this with his parallel concerns for human existence has, over the decades, defined his evolving aims as an artist. Clay has responded well to his acerbic wit and harsh observations of life. He has never held back or pulled punches when creating stinging, sometimes cruel works which reflect the dark underbelly of human and animal existence.

For him, his personal, visual language expresses the brutal realities of a world which he perceives as ‘eerie’. There is an integrity, total immersion and clarity in the direction of Jørgen’s vision. His work questions our understanding of ‘normal’ which is more pertinent today than ever. ‘A Dark Story in White,’ like all great art, lends itself to many levels of interpretation and appreciation. The aesthetic concern is never far away, but above all, Jørgen wants to remind us that his visual statements are part of his expressive response as a witness to a ‘crazy world’.”
Peter Murray CBE, founder and executive director of Yorkshire Sculpture Park A participant in the big game (many hands) 2018 A Participant in the Big Game – (A Study for the Sitting Figure), 2018 Model for The Standing (Dronesound), 2019 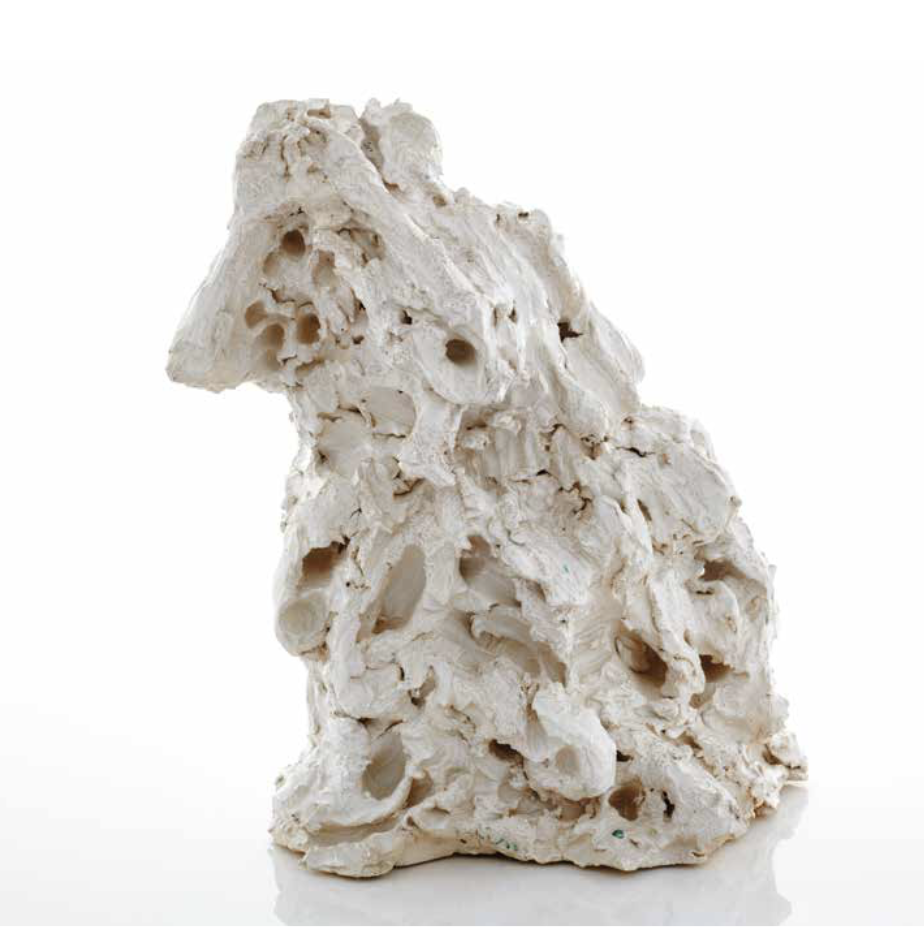 Model for the Standing (Dronesound), 2019 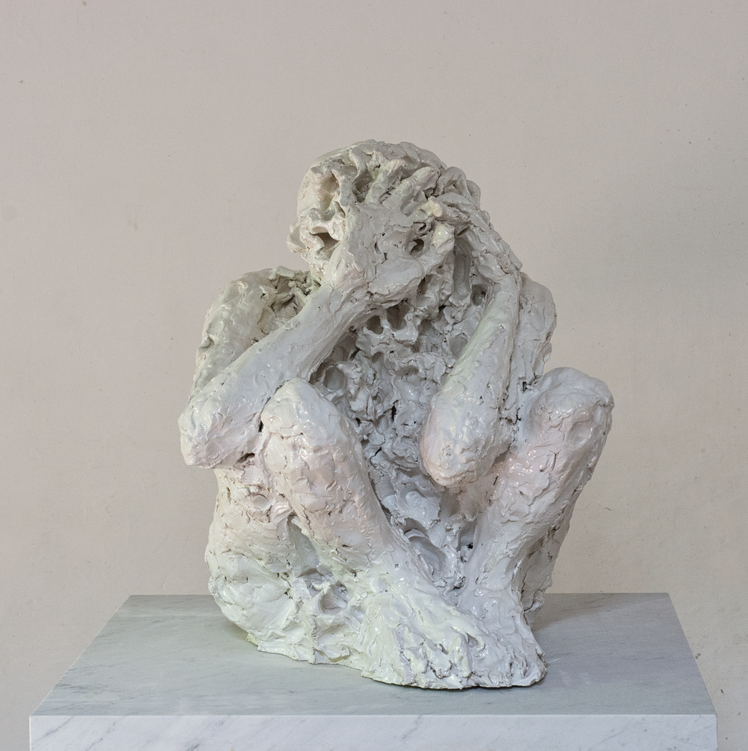 A participant in the big game (the sitting – series Dronesound) 2018 A Participant in the Big Game (The Crouching – Series Dronesound), 2018