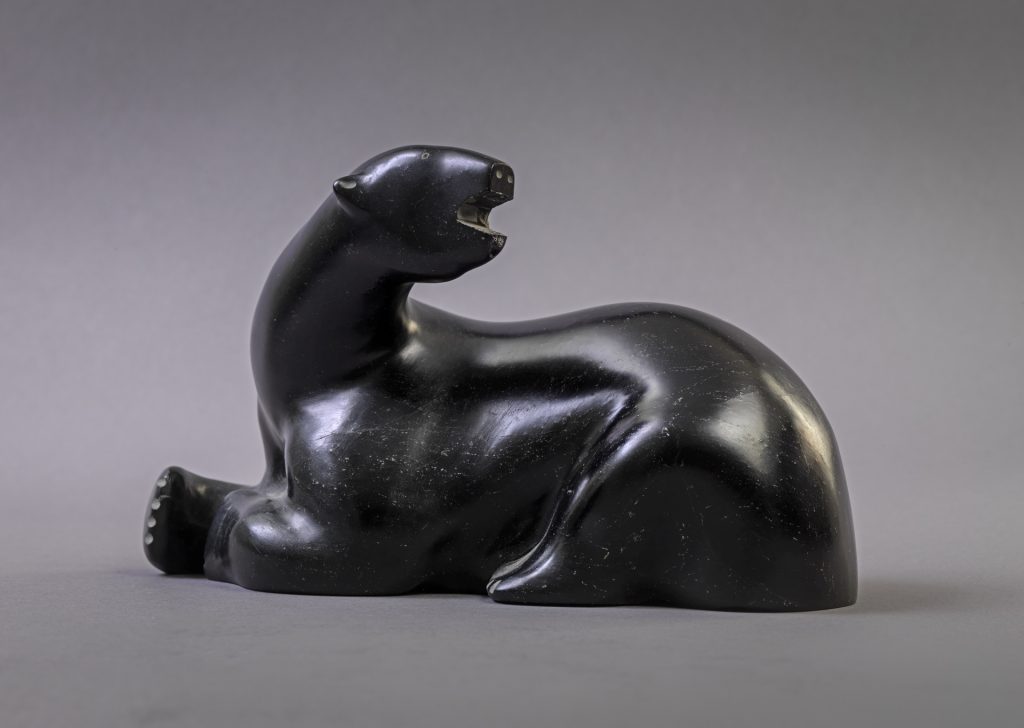 As seen in the Financial Times How to Spend It

We are delighted to be able to offer a collection of significant Inuit sculpture from the mid to late twentieth century from a single owner collection. Beautiful objects in their own right they also speak of a culture attempting to leave a lasting record.

“The artists of this early period had all lived the traditional life and their subject matter was reflective of this. These small sculptures, made more naturalistic by the addition of inlay or implements, had a monumental quality that defied their small scale. Greatly sought after by collectors, these small works capture the essence of Inuit culture.
Several pieces in this collection of works reflect this transitional moment. The majority of pieces however, celebrate the next stages in contemporary Inuit art—when the scale of sculpture increased and artists began to develop their own unique styles, occasionally abstracting elements for a new and exciting aesthetic.” Pat Feheley, director of a Canadian gallery specialising in traditional and contemporary Inuit art.