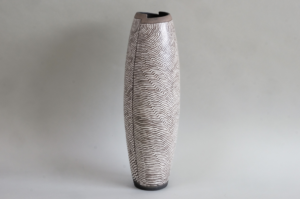 In conjunction with our half-term week dedicated to experiencing and learning about the fascinating RAKU firing process, we are celebrating the work of renowned ceramicist David Roberts with a new display showcasing a group of his vessels. Roberts will be joining Messums Wiltshire as part of the RAKU Retreat weekend (30 May – 5 June) and will deliver a talk about his practice of the ‘Naked Raku’ on Thursday 2 June.

David Roberts (b.1947) is one of the leading international practitioners in Raku ceramics. His career in ceramics itself began, not by formal educational training, but by fortuity. During the late 1960s Roberts was studying for a degree in teaching at Bretton Hall in West Yorkshire and was introduced to ceramics as an element of the teaching programme. In a similar serendipitous vein, his engagement with Raku began in the early 1980s after experiencing American Raku ceramics, the inspiration of which has led to 40 years of experimentation with the Raku process. Roberts believes this unconventional background introduction to the discipline has been fundamental to the development of his unique and nonconformist approach, which frequently allows for the element of chance to form an integral part of the making process. He has been at the forefront of developments in contemporary Raku ceramics from creating a kiln in the 1970s sizeable enough to enable large coil-built vessels to be Raku-fired, to his pioneering work in the process of ‘Painting with Smoke’ (Naked Raku) during the 1980s and early 1990s. He is acknowledged for his innovative contribution and popularisation of contemporary Raku ceramics in Europe and America, and inspiring ceramicists throughout the world.

Roberts’ work draws inspiration from his burgeoning engagement with the natural world, particularly the organic rhythms of landscape, the visible effects of water and erosion, and the layers and strata of rock. This is conveyed in the shape and surface decoration of his elegantly formed coil-built vessels with their intricate linear patterning created from the smoke-marking Raku process. Recent work has also found particular stimulus in postwar abstract painting.

Roberts’ ceramics are represented in internationally important public and private collections. He is an honorary Fellow of the Crafts Potters Association of Great Britain, an exhibiting member of Contemporary Applied Arts and an artist member of the International Academy of Ceramics. 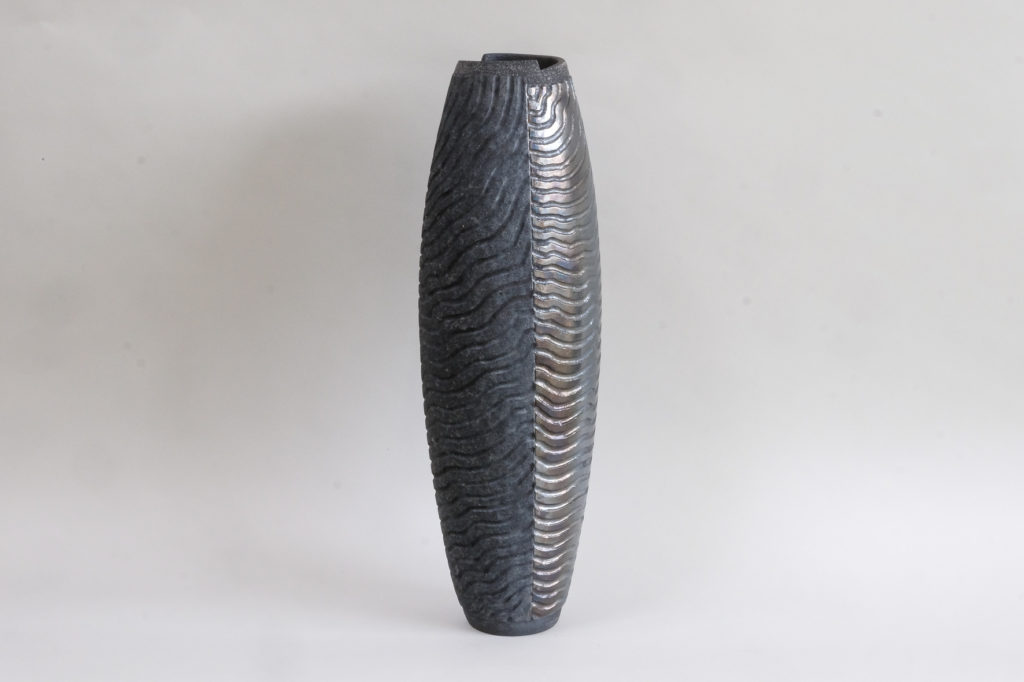 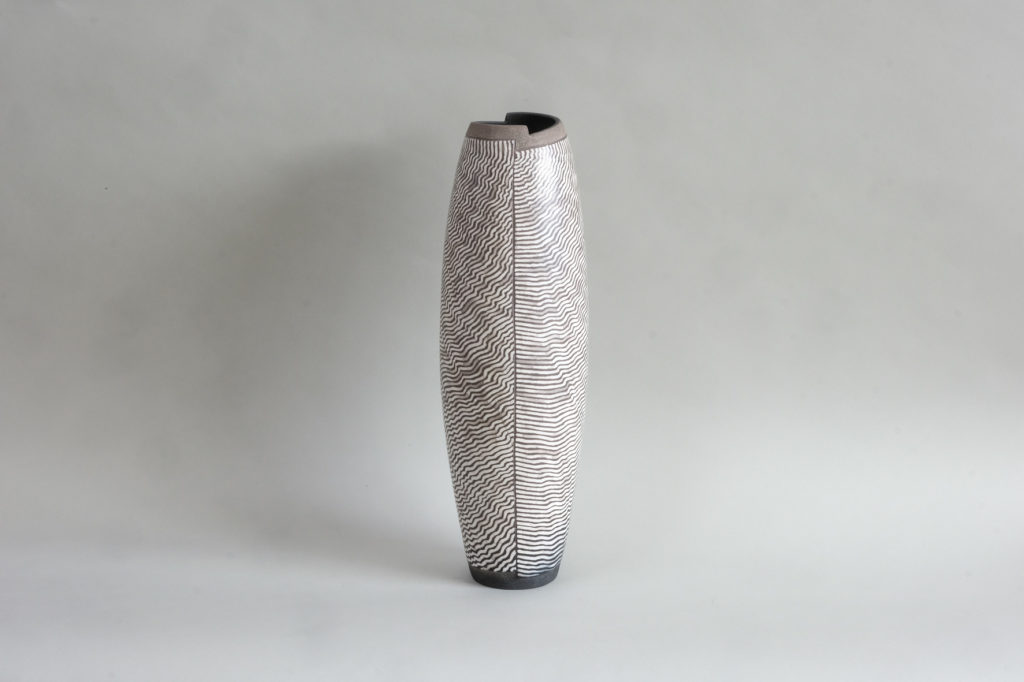 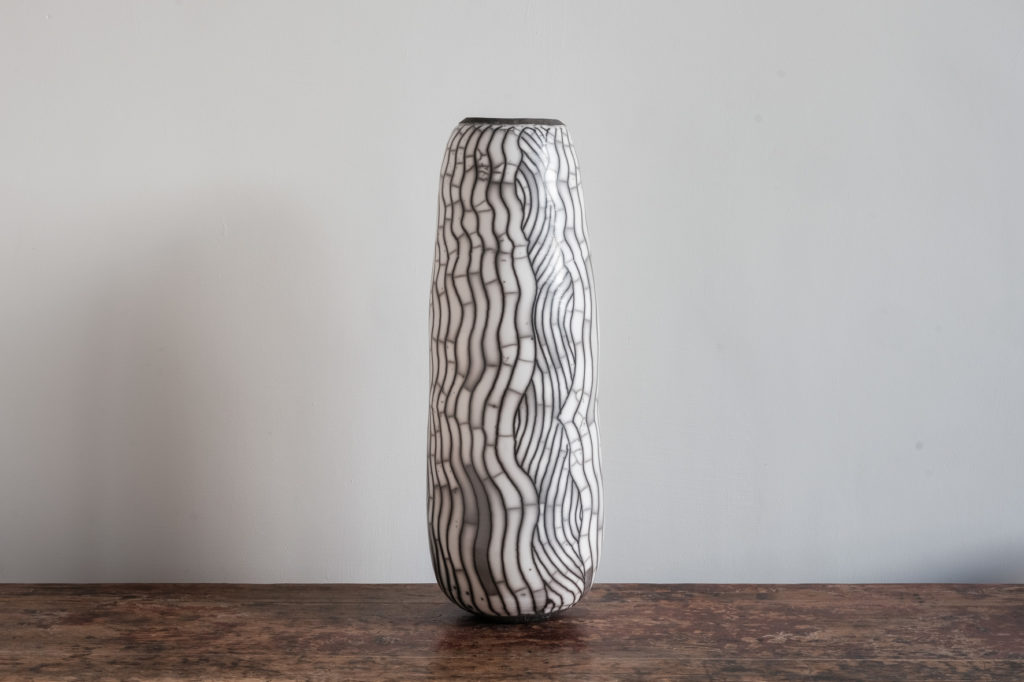 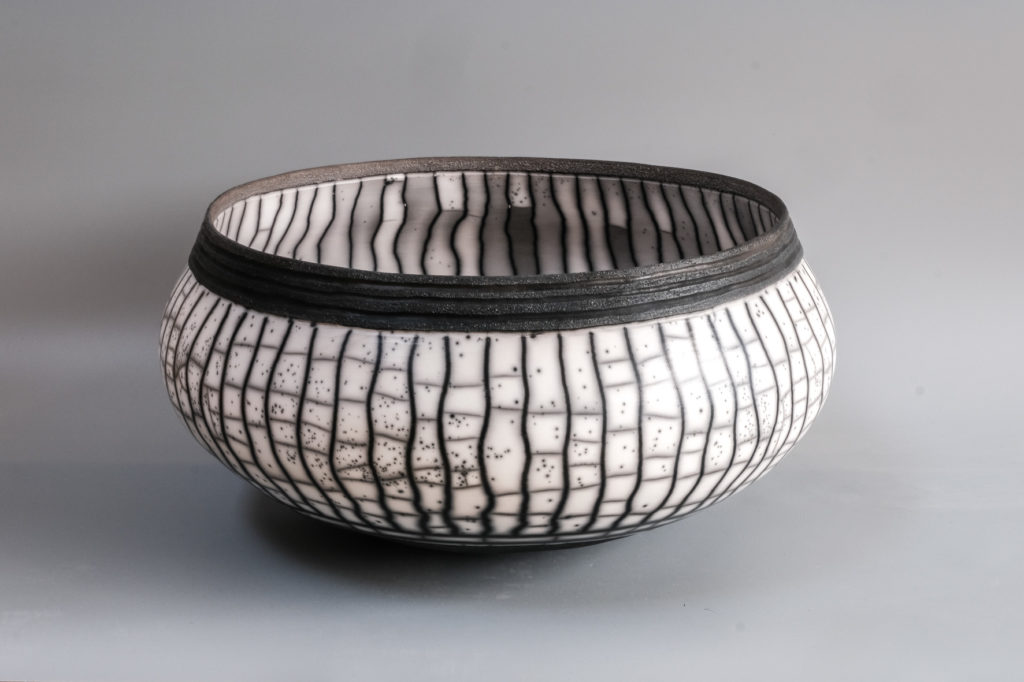 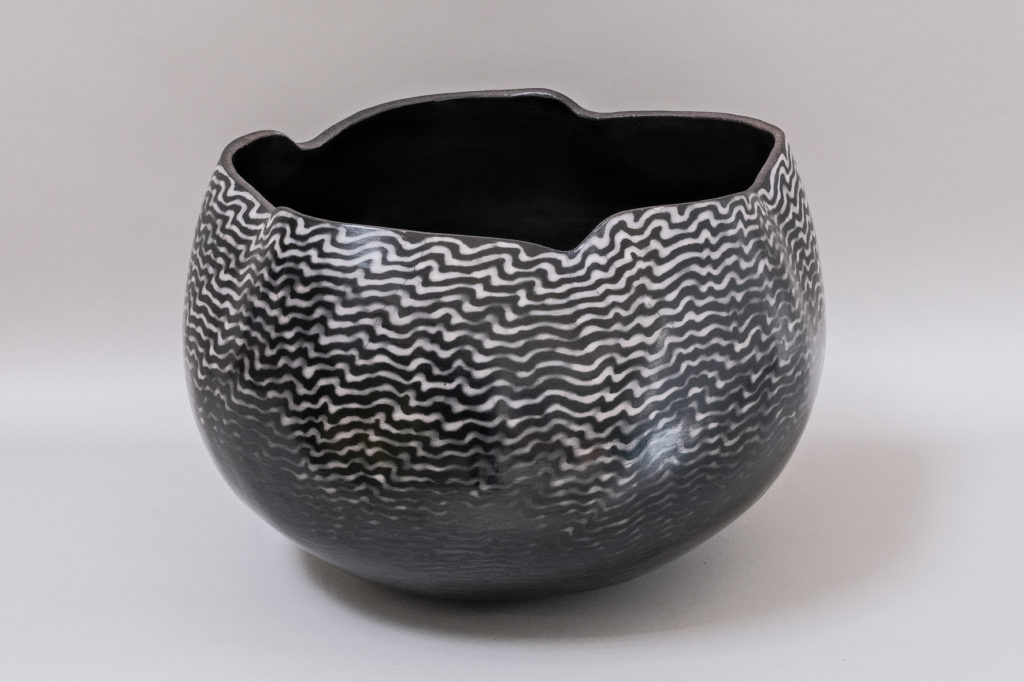 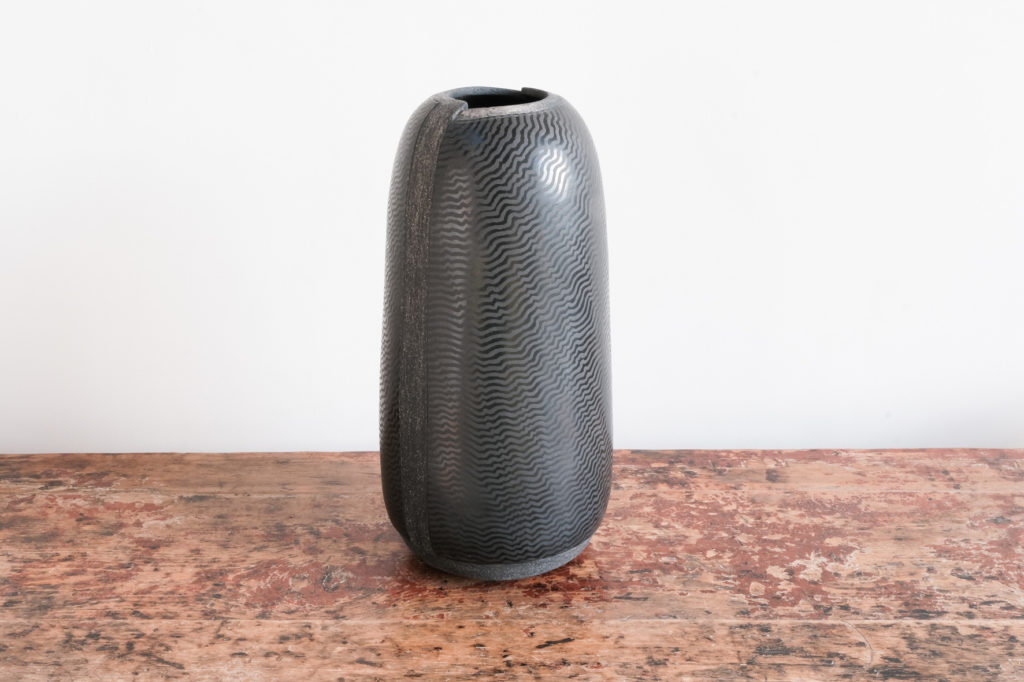 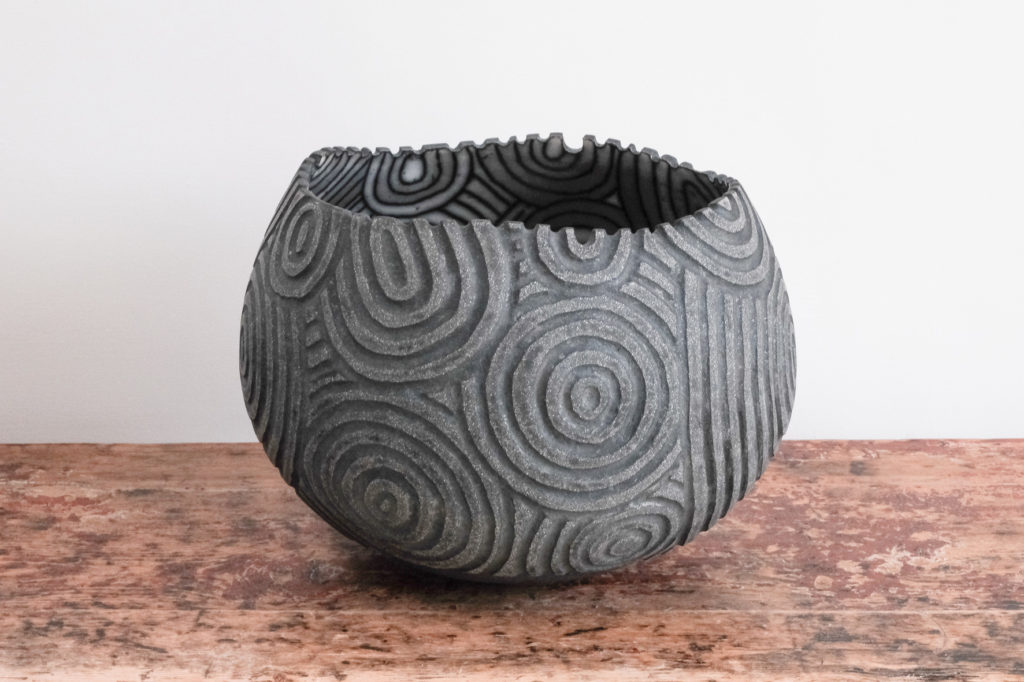