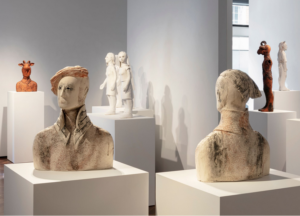 Christie Brown’s figures teeter on the foggy intersection between art and craft. Very clearly sculptural but informed by a deep history of clay. Upon graduating from a diploma in Studio Pottery at Harrow in the early 1980’s, Brown found her work without an obvious niche. Alongside her studies in clay, Brown had taken up life drawing, traditionally a very fine art practice, but she saw a potential correlation between the drawn line and clay forms. Encouraged by her tutors, clay provocateurs like Mo Jupp and Richard Slee, Brown attempted a translation of line to clay and began sculpting figures. Early works were suggestive of the body, torso reliefs, but became full-bodied, freestanding with limbs, heads and eyes that returned your gaze. Figurative sculpture was and is a prominent genre of the fine art world, but Brown’s use of clay set her apart from this. Similarly, in the ceramic world, key makers were testing the preconceptions of clay in the Abstract Vessel, but figurative ceramics had not enjoyed the same coming-of-age in the UK as in the US. As such, from the very beginning Brown’s figures are born into otherness. Almost indefinable, they are never quite set in one discipline, seesawing between craft and art, challenging those preconceived ideas. But look closer and its clear this otherness runs much deeper.

Brown’s ceramic figures awaken a primal notion in the viewer, conjuring empathy, curiosity, perhaps anxiety or fear. These figures have a life of their own. They may appear still and static, but Brown plays on generations of tall tales, years of playful childhood memories and tropes of popular culture in theatre, cinema and television to spark our demiurgical aspirations. Perhaps, when your back is turned, these figures might move, might whisper to each other, playing games when the lights are out. Brown insists they are well-behaved but even finds herself chastising them as she leaves her studio each night.

Extract from the essay ‘In the Depth of Matter’ by Natalie Baerselman le Gros, Exhibitions Coordinator at the Sainsbury Centre For Visual Arts 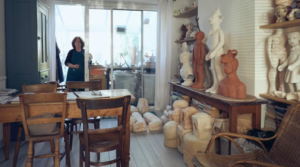 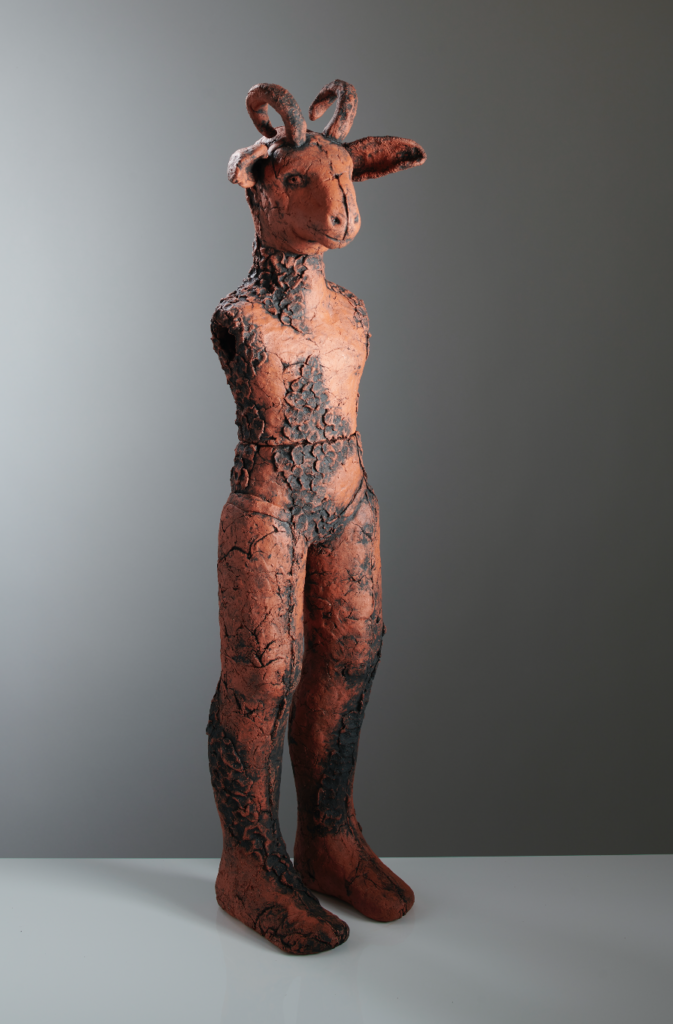 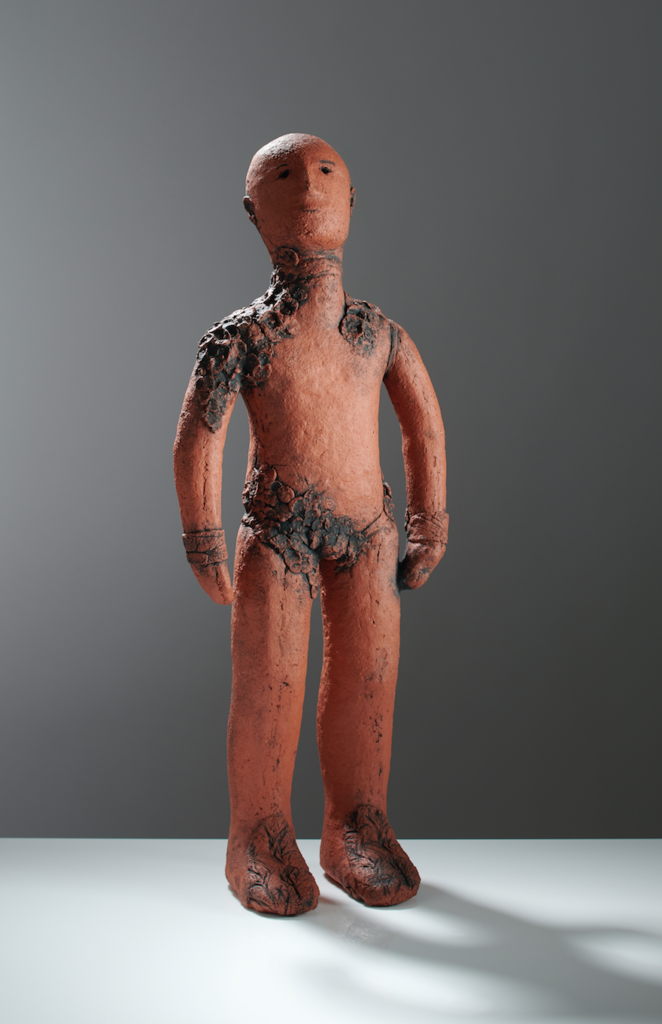 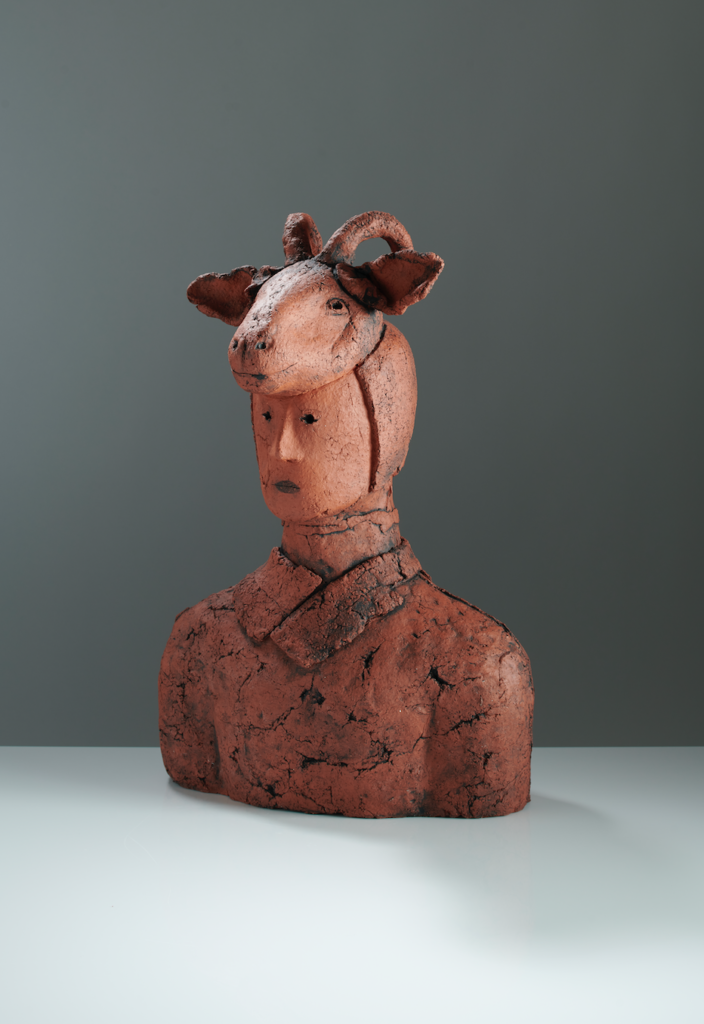 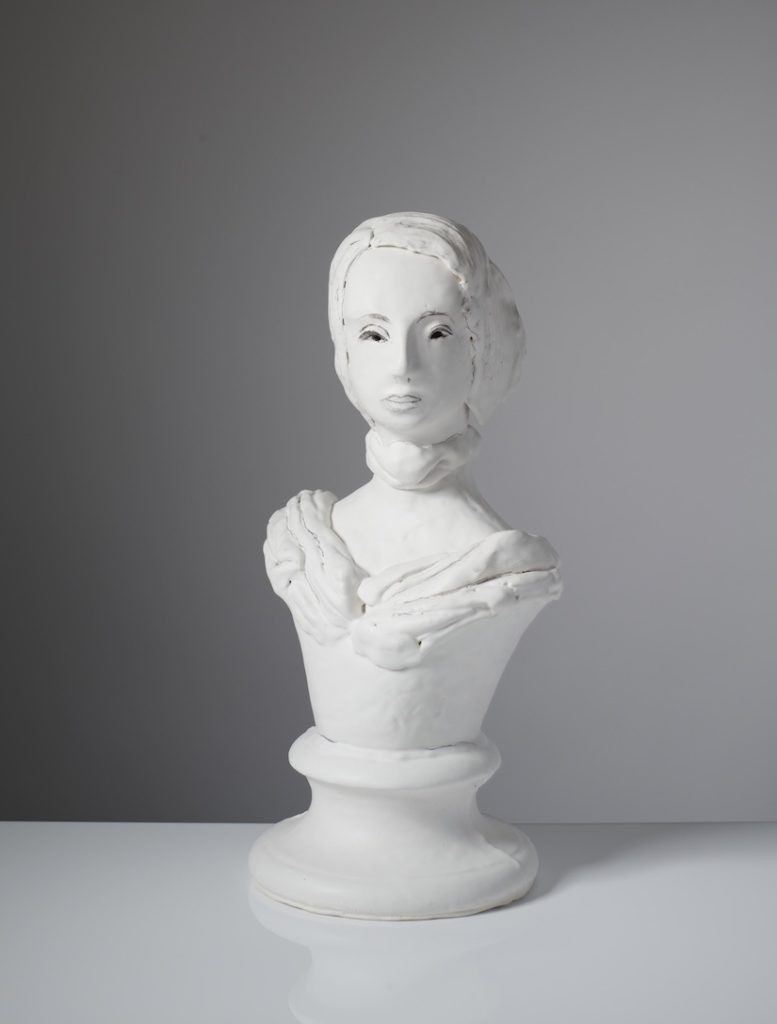 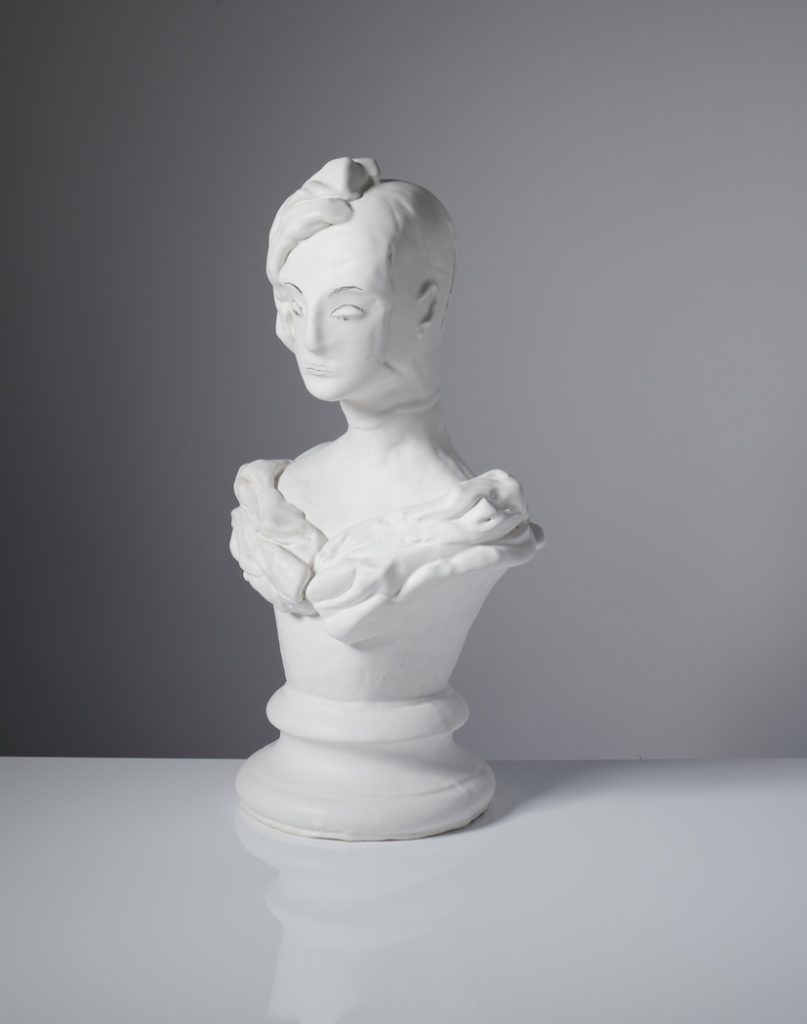 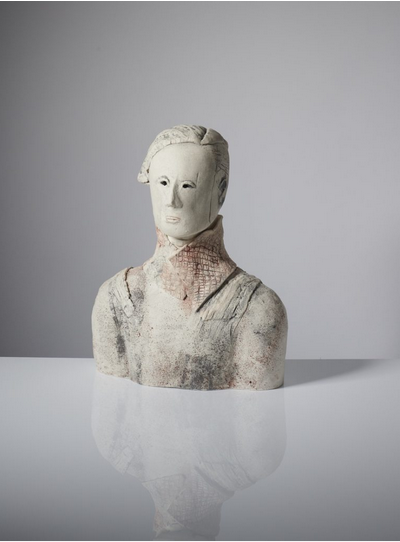 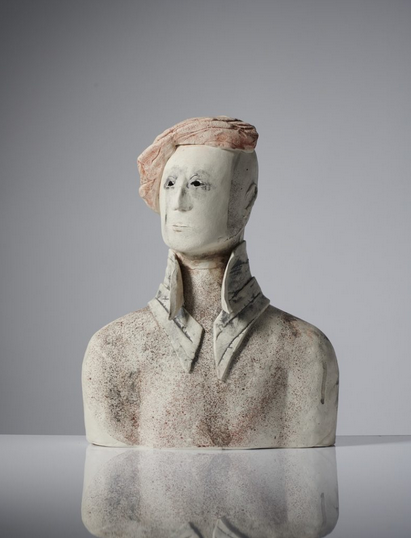