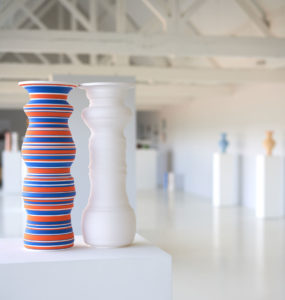 For the last number of years Messums has taken a lead role among our major private art galleries in promoting the ceramic arts. This has been realised through an innovative exhibition programme, one important thread of which has been exhibitions on national ceramic cultures. Korean and British ceramic have both been subject of ground-breaking shows. The focus now is on Canada, a collection previewed in our London gallery and exhibited in full at our Wiltshire gallery in 2022.

The Canadians have been a major force in the international ceramic field for decades. It is important establish this up-front, as there has been a tendency to see the enormous and wonderful vortex that is North American art as a single giant entity, which Canada somehow blends into. While the exchange between the two countries is obviously real and intimate, there is also something very particular about Canadian practice, which differentiates it from the rest.

It isn’t that the work has a common style or technique – just the opposite perhaps, it is tremendously diverse – but that there are characteristics within Canadian ceramic that endow it with a distinct ethos. Having traversed that vast nation frequently over the years, for me, three things stand out. First, and most obvious, there is a commitment to technical excellence that goes beyond the individual maker: it is a national obsession. No doubt this relates to the powerful schools of art and design that range across the country. There is a powerful commitment to ceramic, for example, at NSCAD University (Nova Scotia), ACAD (Alberta), Sheridan College (Ontario), and Emily Carr (British Columbia). Second, the Canadians have a tendency toward narrative – story-telling and writing – that parallels and reflects another extraordinary living heritage: literature. In the last fifty years, Canada has provided us with a significant number of the world’s greatest novelists, such as Margaret Atwood, Michael Ondaatje, Yann Martel, Carol Shields, Mordecai Richler, Rohinton Mistry, Lawrence Hill, Alistair MacLeod, and many others. There is something in the Canadian DNA that drives this, and it spills over into the ceramic world. And thirdly, the Canadians tend towards intellectual curiosity. The artists see ceramic as a vehicle for ideas, as a means of exploring issues well beyond the walls of the pottery and craft centre. They have no problem understanding that what they do is art in the most profound sense, and has a beautiful complexity to it.

The three artists in this ground-breaking exhibition, for the UK, Walter Ostrom, Greg Payce, and Linda Sormin, demonstrate these three traits. They also represent several generations, and all of them enjoy international reputations. Interestingly, they are also or have been committed teachers.

Over the last five decades, Walter Ostrom, has been one of the most plural thinkers within production and education, anywhere. He is a legendary promoter of studio pottery as a profession. While acknowledging classic studio pottery – he has championed the development of ceramic history – he has also been at the forefront of introducing Conceptualist approaches to ceramic practice. He is as at home with Donald Judd, Sol Lewitt and Joseph Beuys, as he is Michael Cardew and Bernard Leach.

Greg Payce lives in Calgary, Alberta, and was Professor of ceramic at ACAD for decades, before stepping back to concentrate purely on his work.  Through the decades he has developed a superb form of trompe l’oeil that is entirely his own, in which thrown vessels, sometimes in pairs, sometimes in rows, appear to have standing figures between them. In his work, people fill the voids. In this way, his art gives us one of the most poetic and timeless visions of the relationship of people to pots. He has made for us an essay on the intimacy of ceramic to civilisation.

Linda Sormin is a professor at New York university, but no less Canadian for that. More than anyone engaged in the medium, over the last decades she has pushed ceramic into wholly new terrain, in which the vessel disappears to be replaced by networked clouds of coloured threads and pipes. She integrates into the clay components broken fragments of things, discarded and disowned detritus, and pieces of writing, to create linear, open sculptural works that resemble neurological structures. This is probably a most appropriate analogy: her process of searching, collecting, and assembling seems to be geared to the capturing of the ephemeral: incidents and moments that have gone, leaving behind only fragments of evidence. She describes her outlook:

To make space for new discovery in any particular place or situation, how might I loosen my grip on language and methodology? Where is there opportunity to reshape my material, visual, spatial, conceptual and kinetic expectations? Research includes scavenging, collecting, disassembling and rebuilding fragments into new forms.

Three artists representing three generations, and all at the forefront of global ceramic practice. This is a fair representation of Canadian ceramic art at this time. 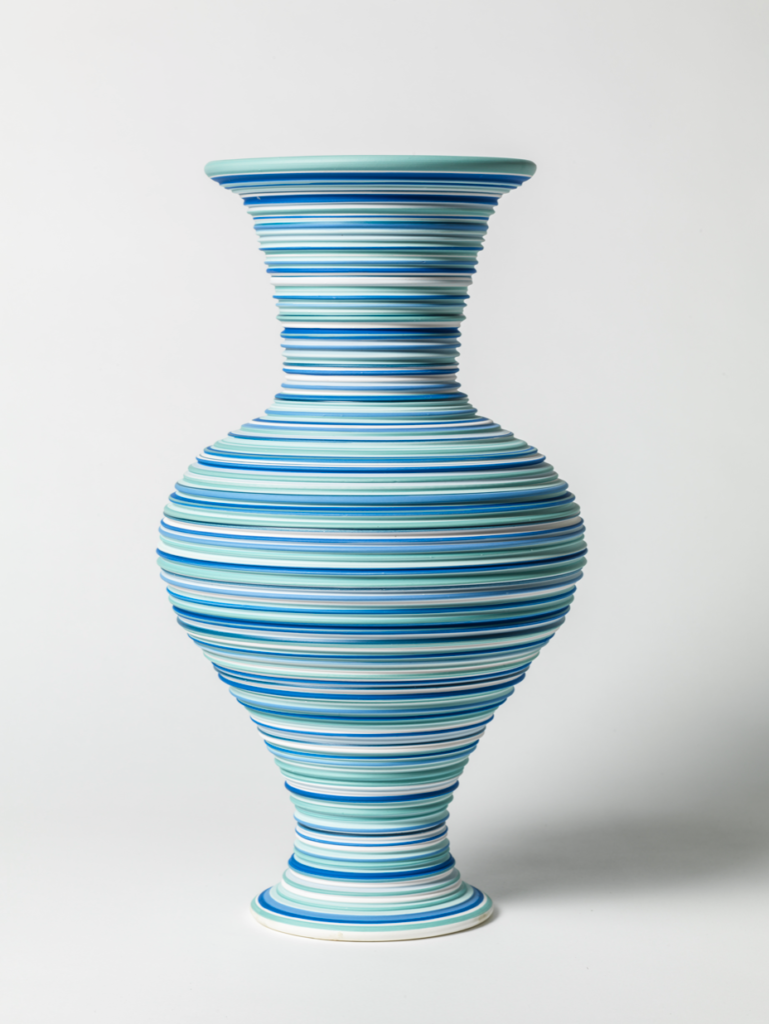 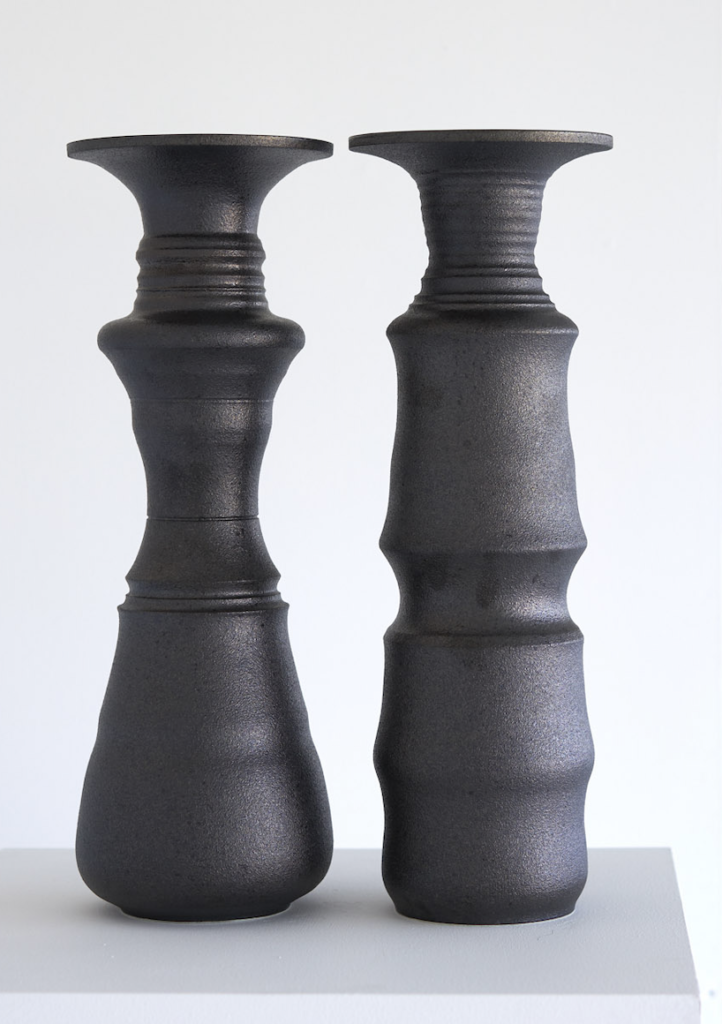 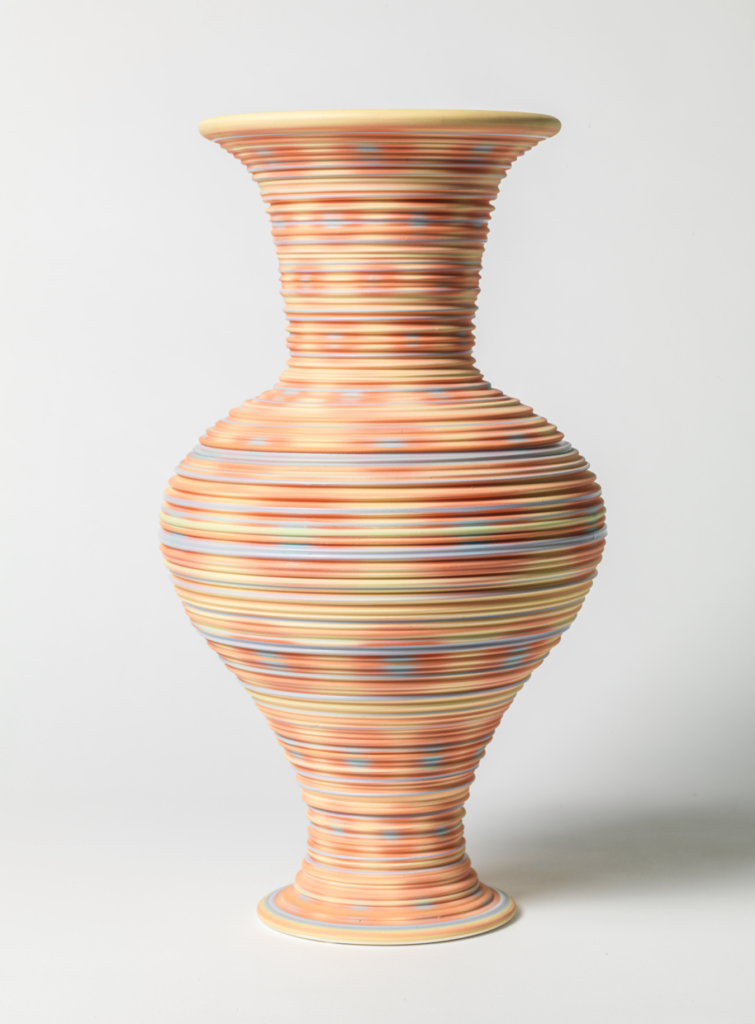 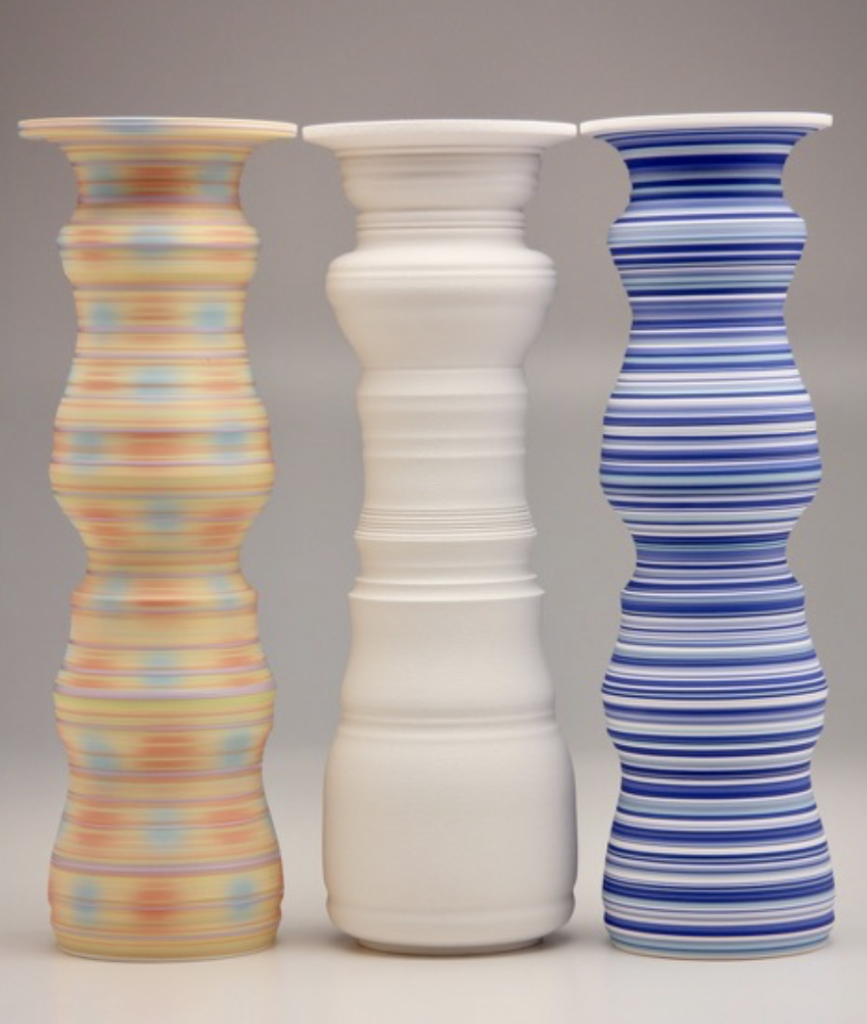 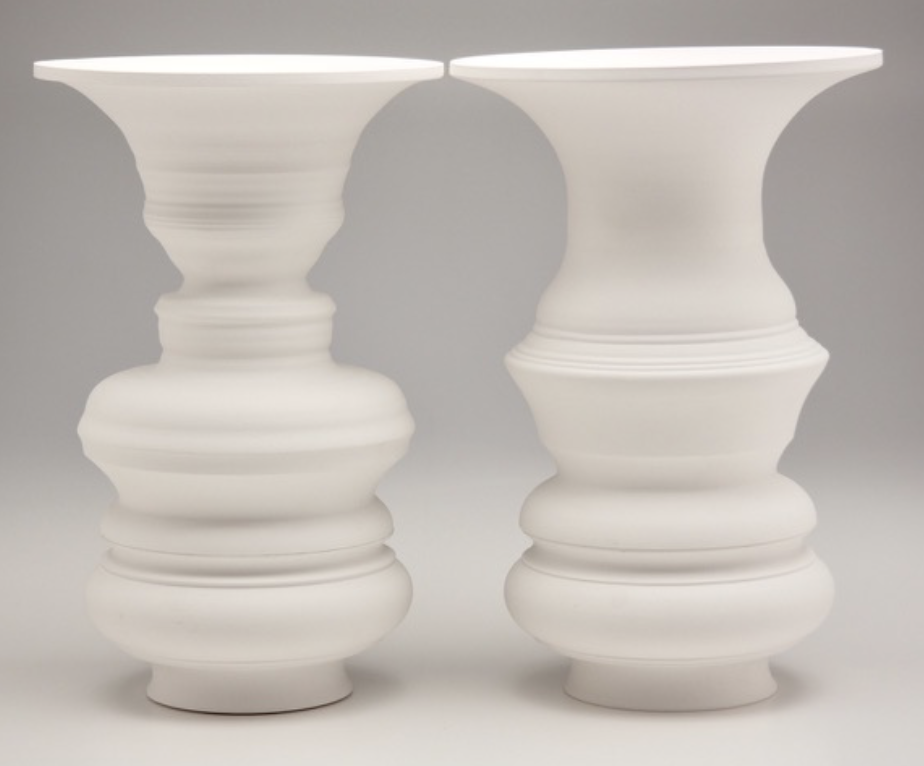 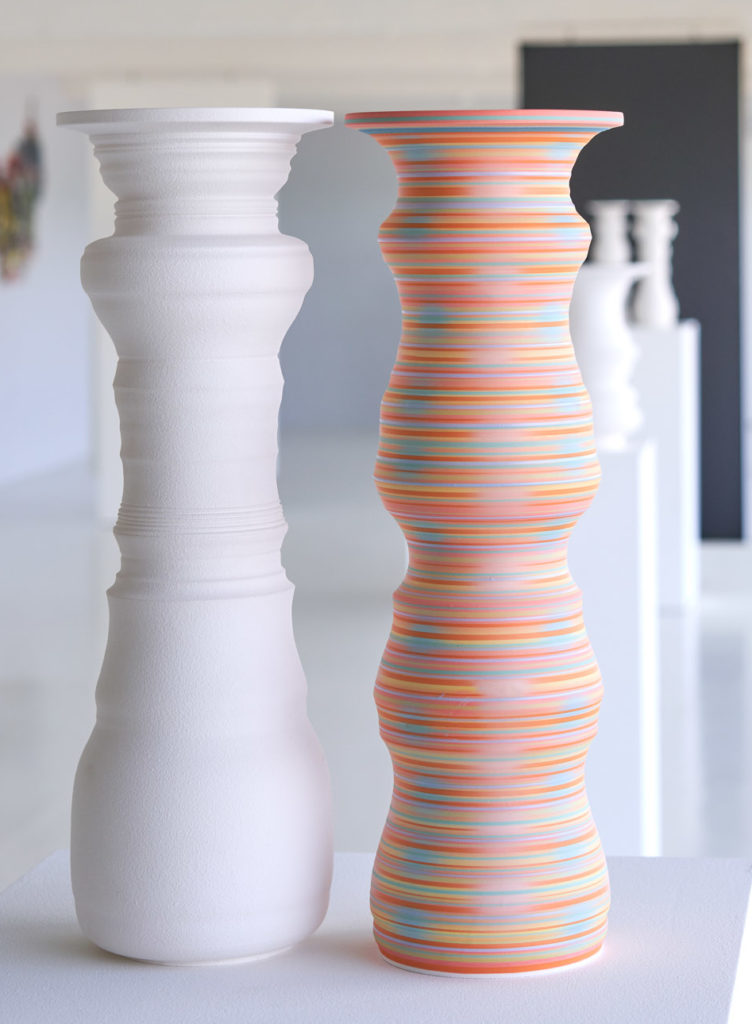 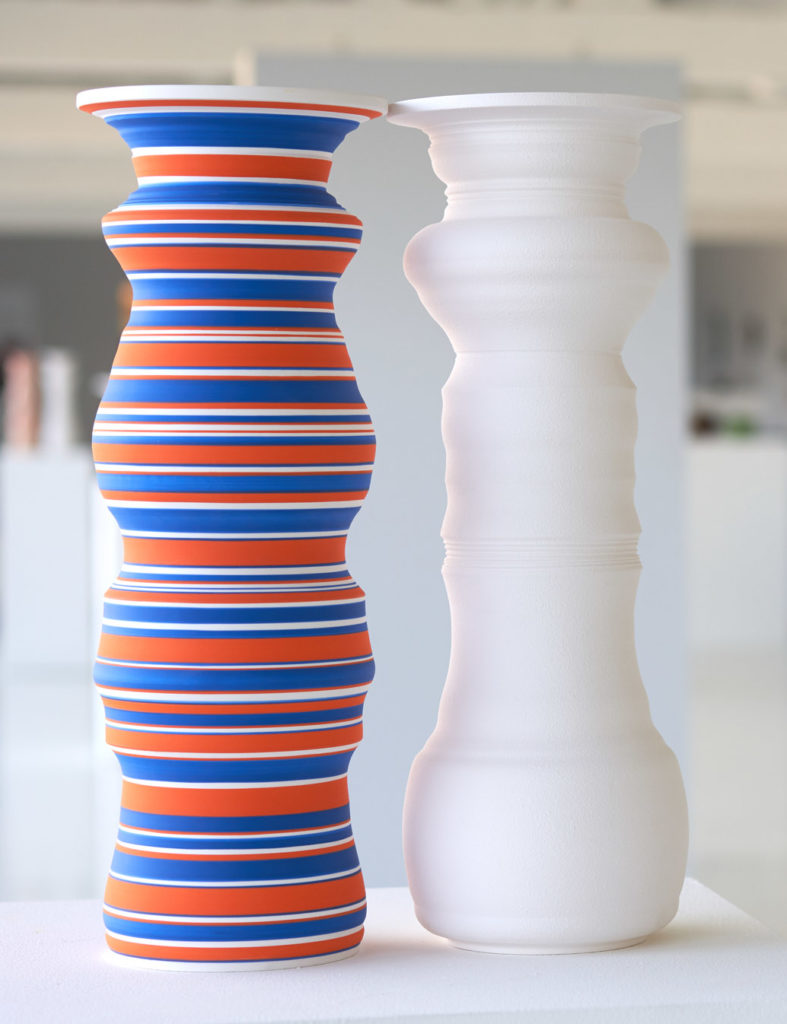 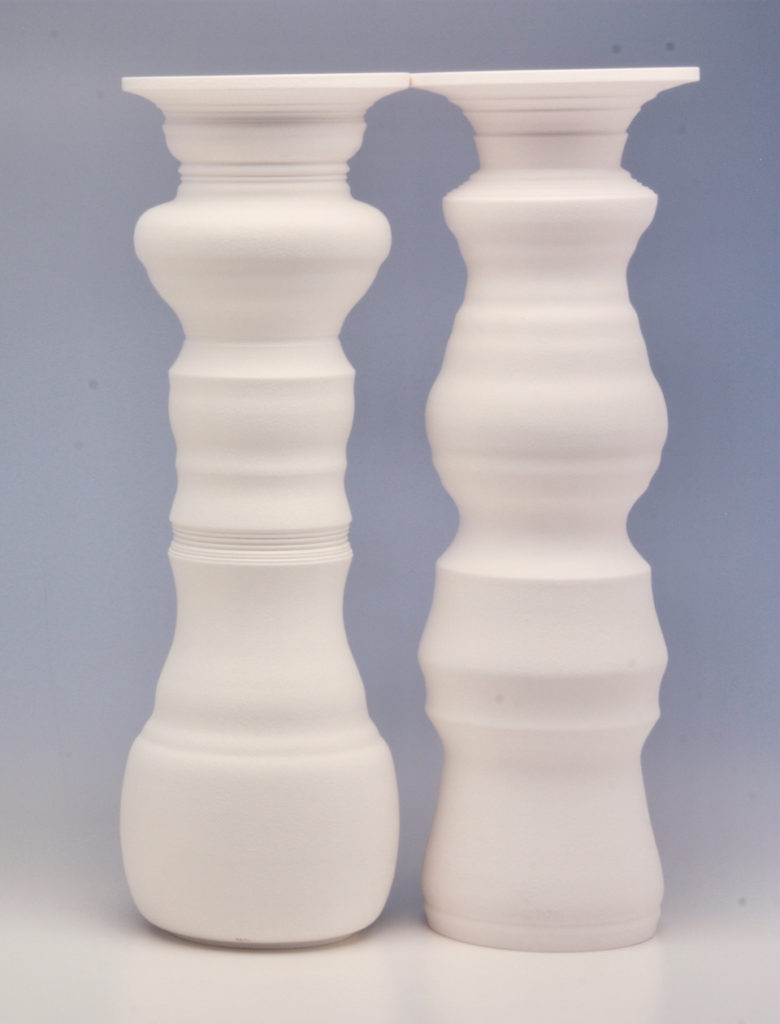 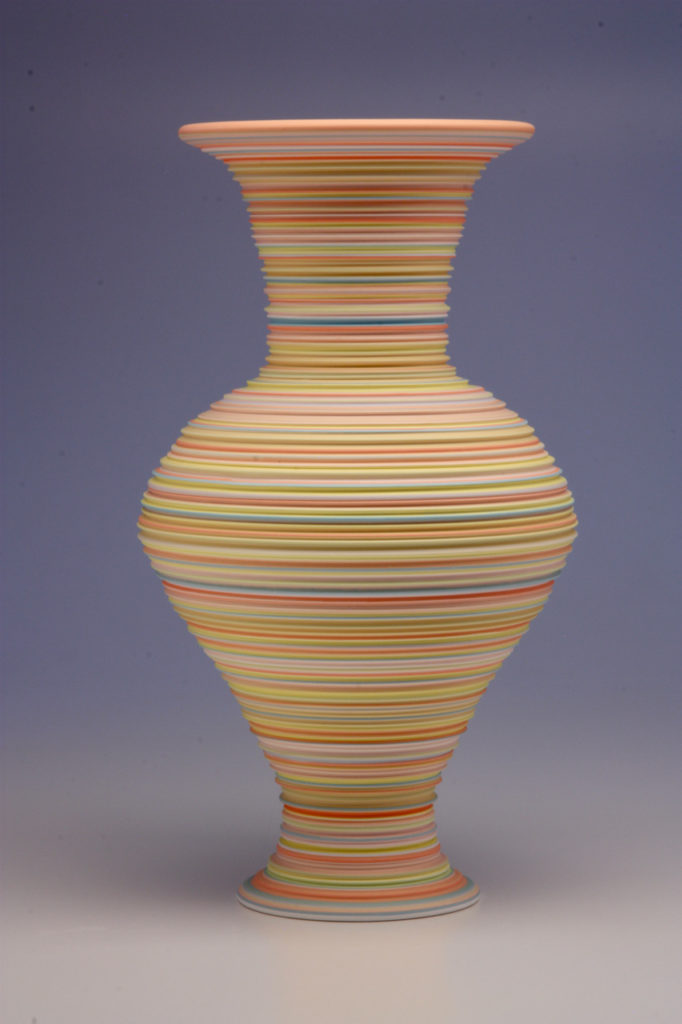 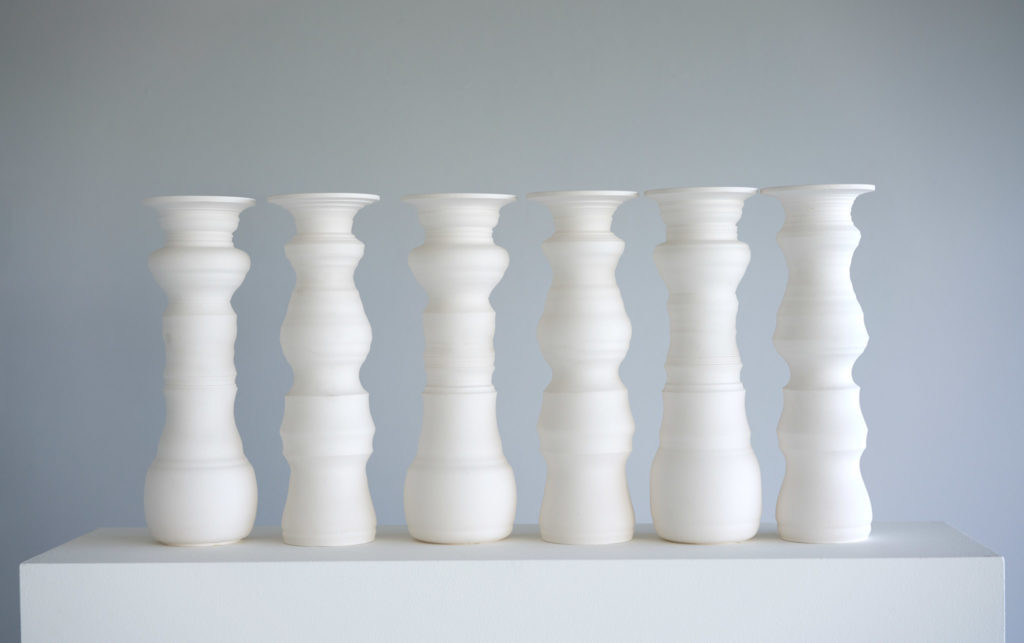 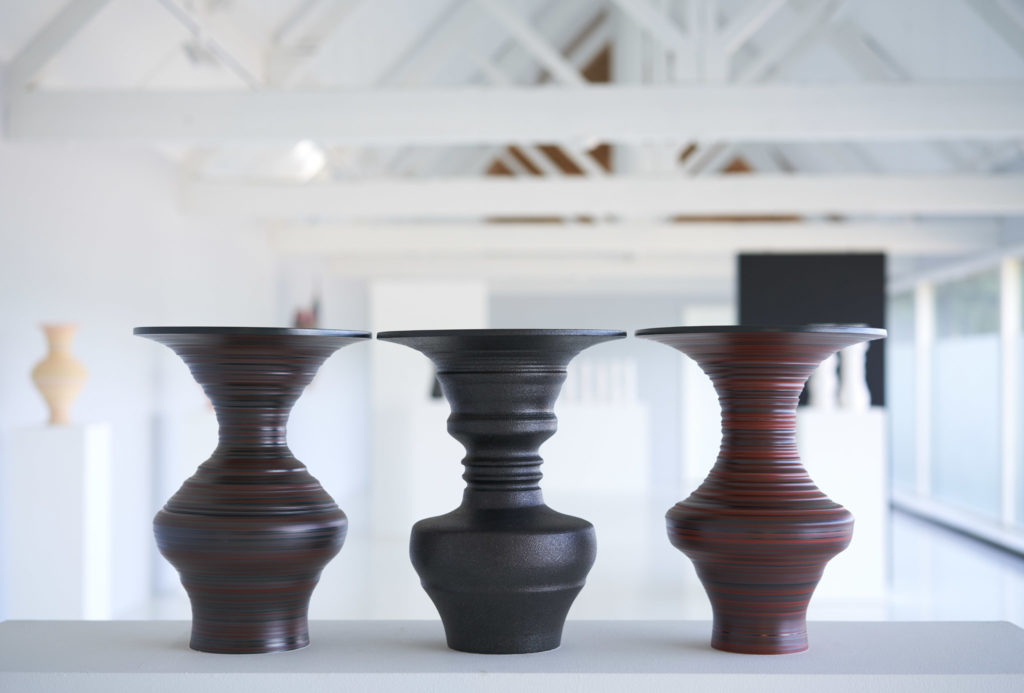 Brothers and Sisters: Nelson and Maya 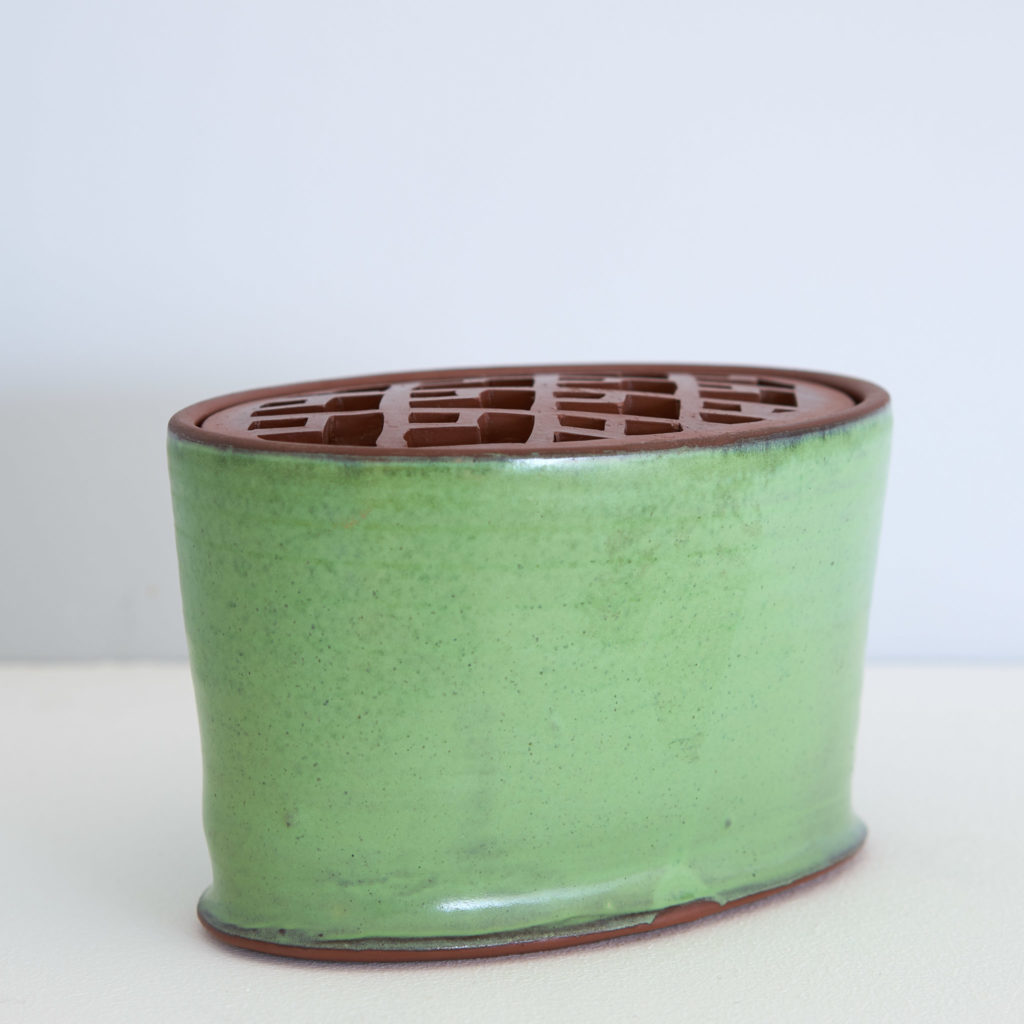 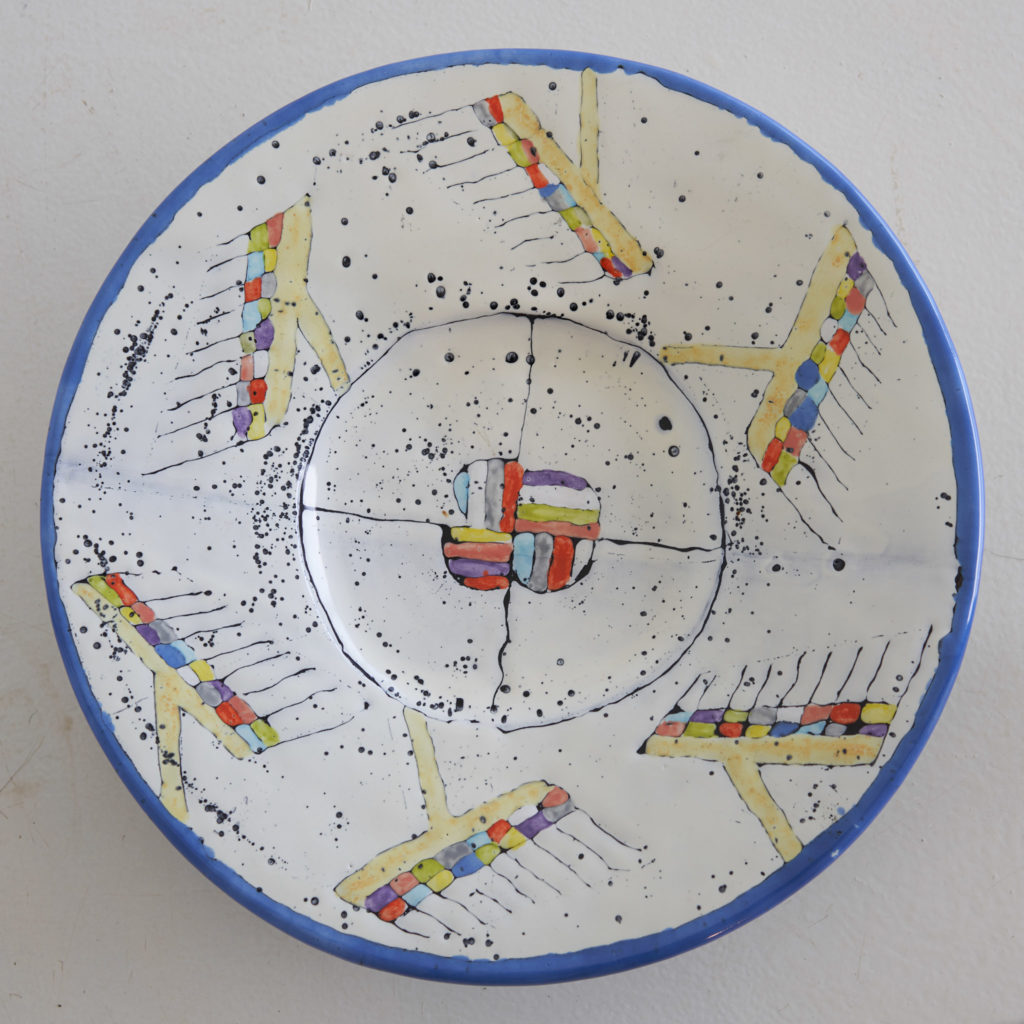 Plate with Byzantine Flower and Rakes 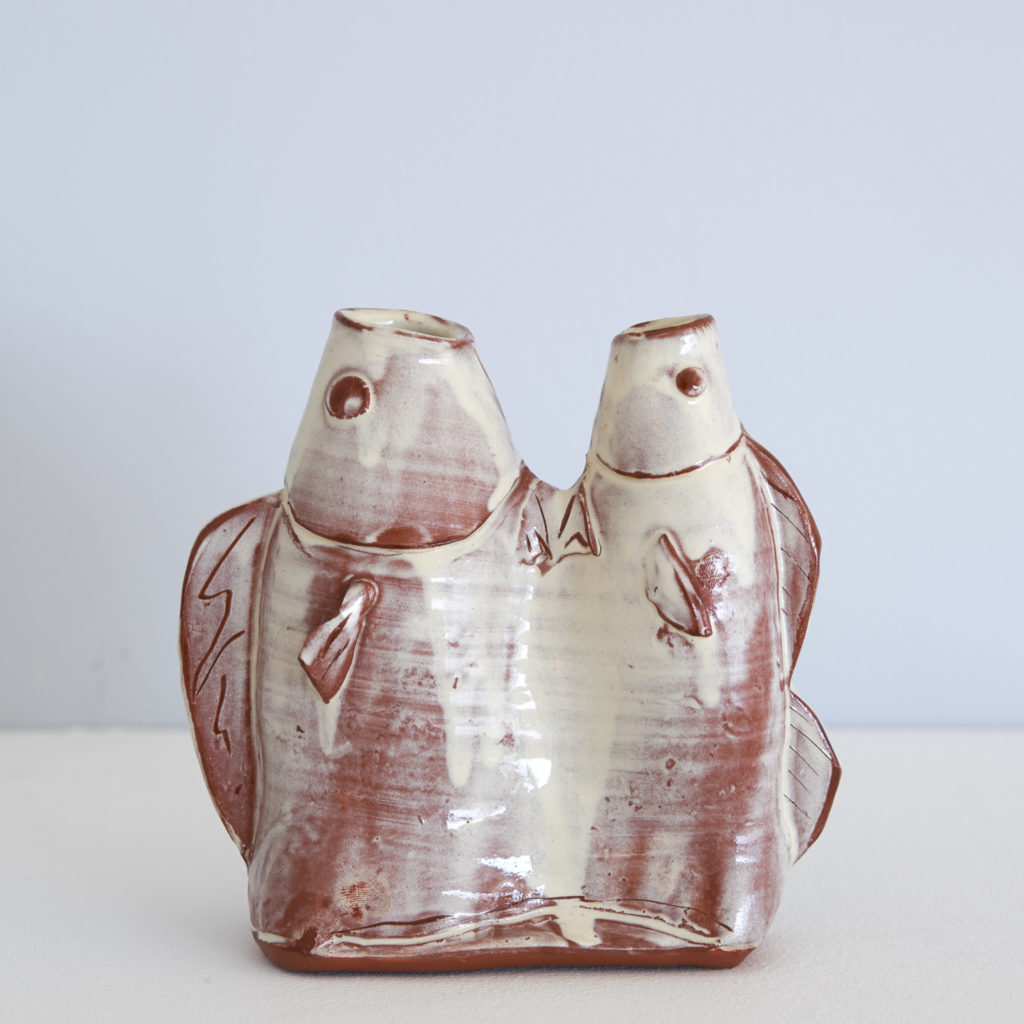 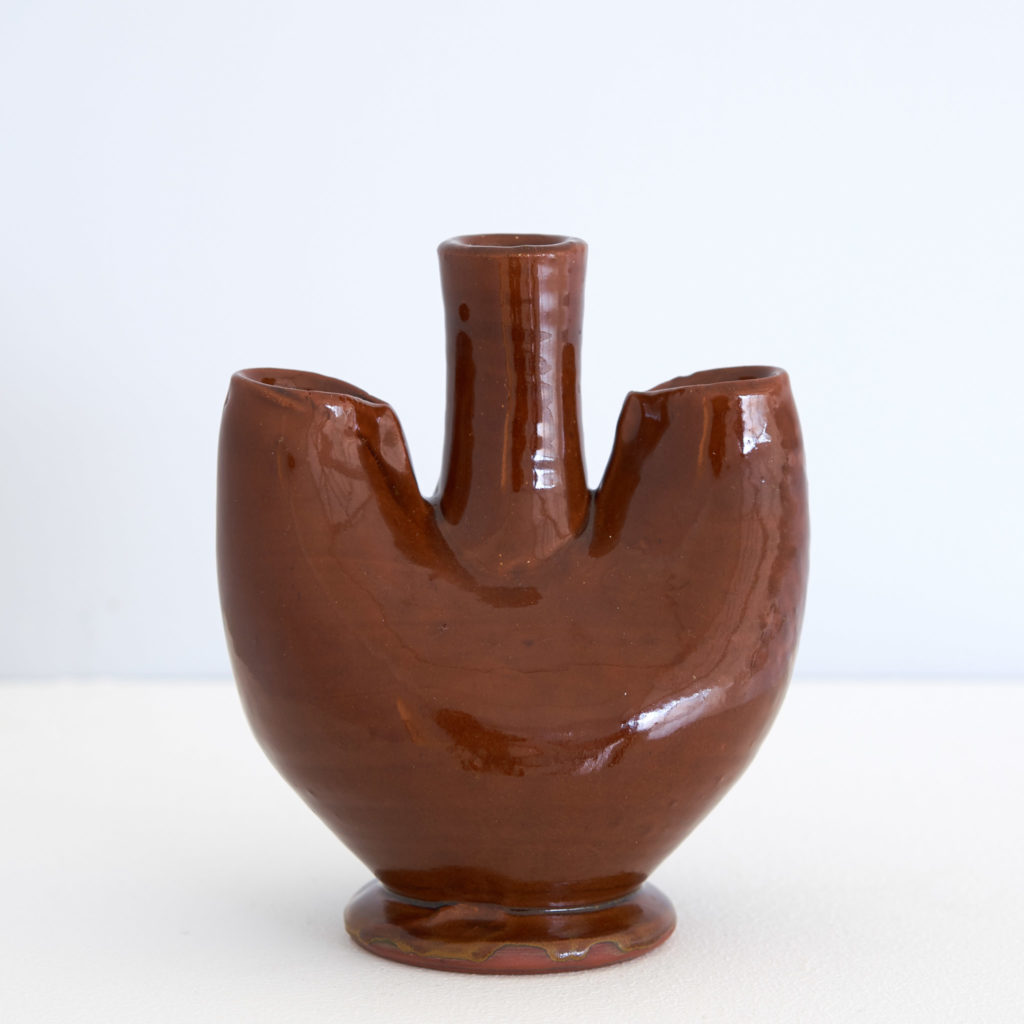 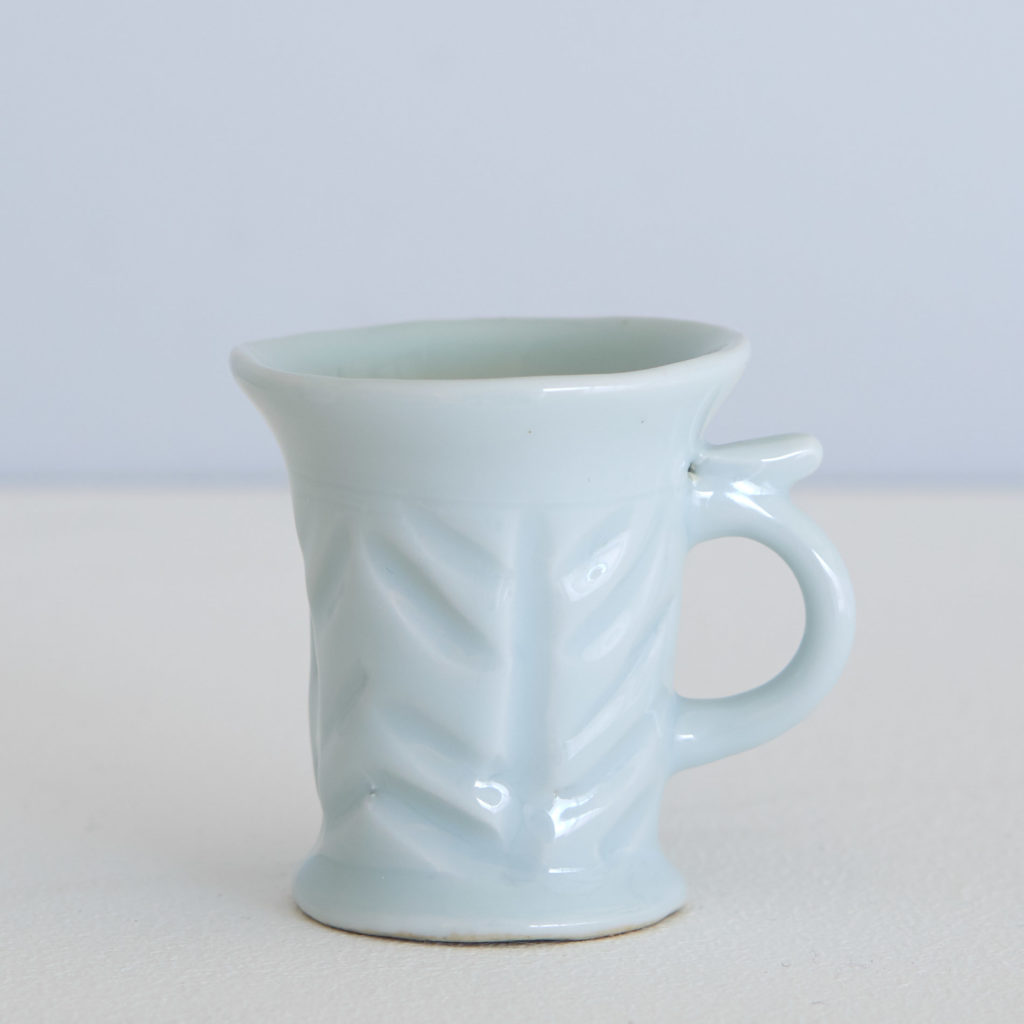 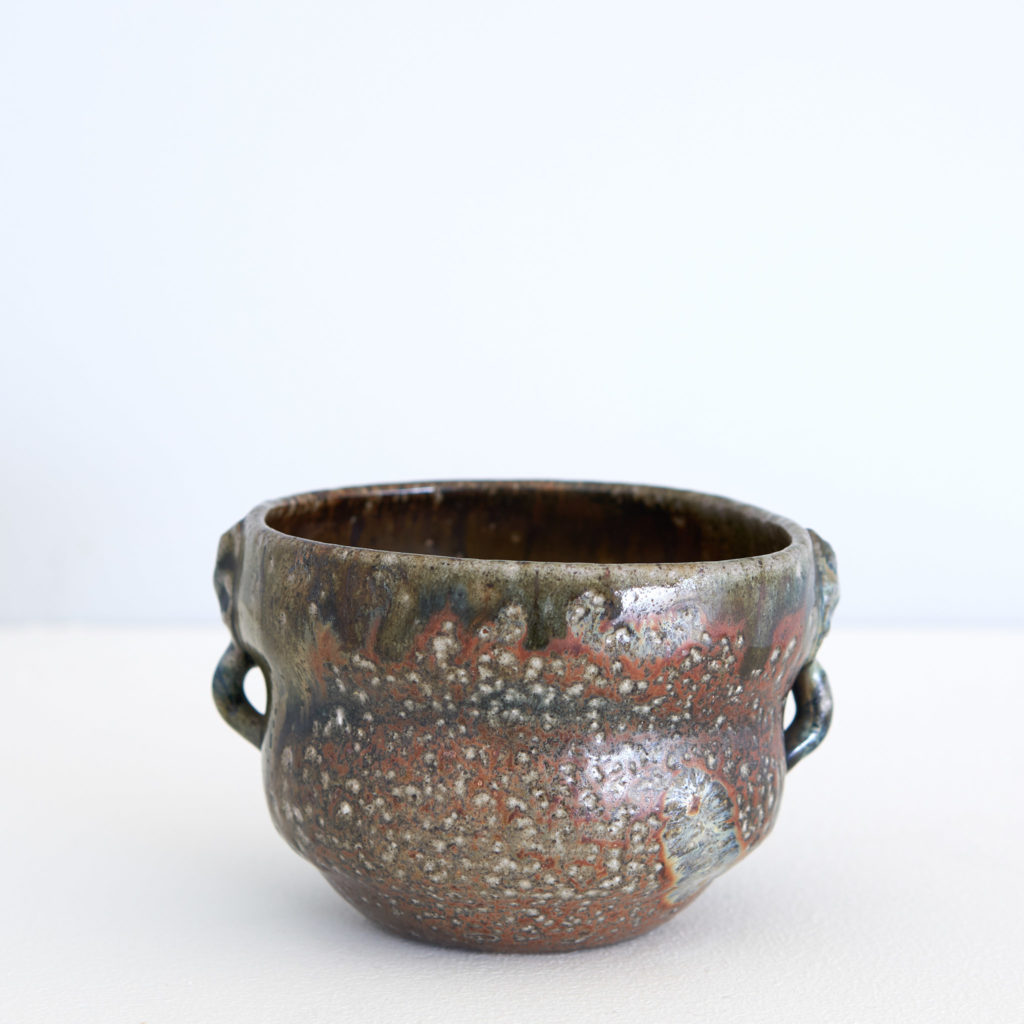 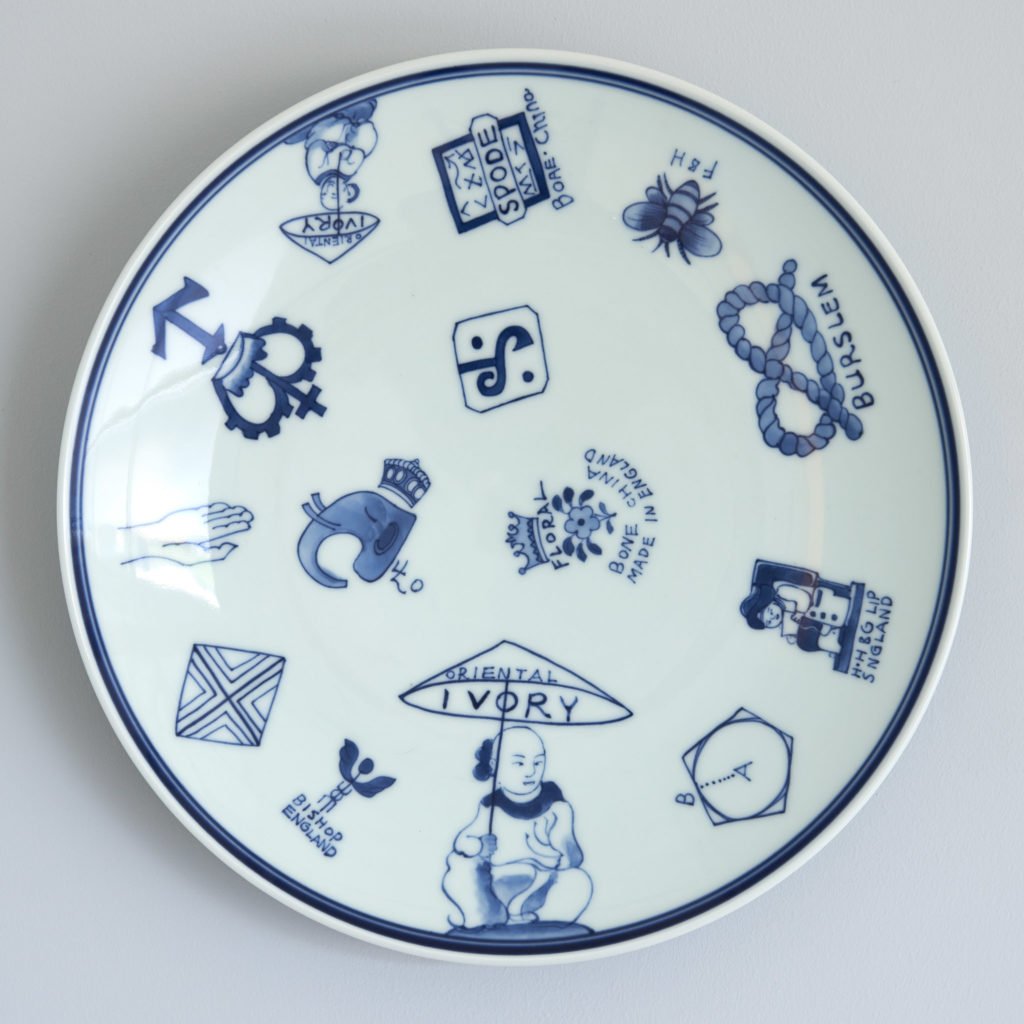 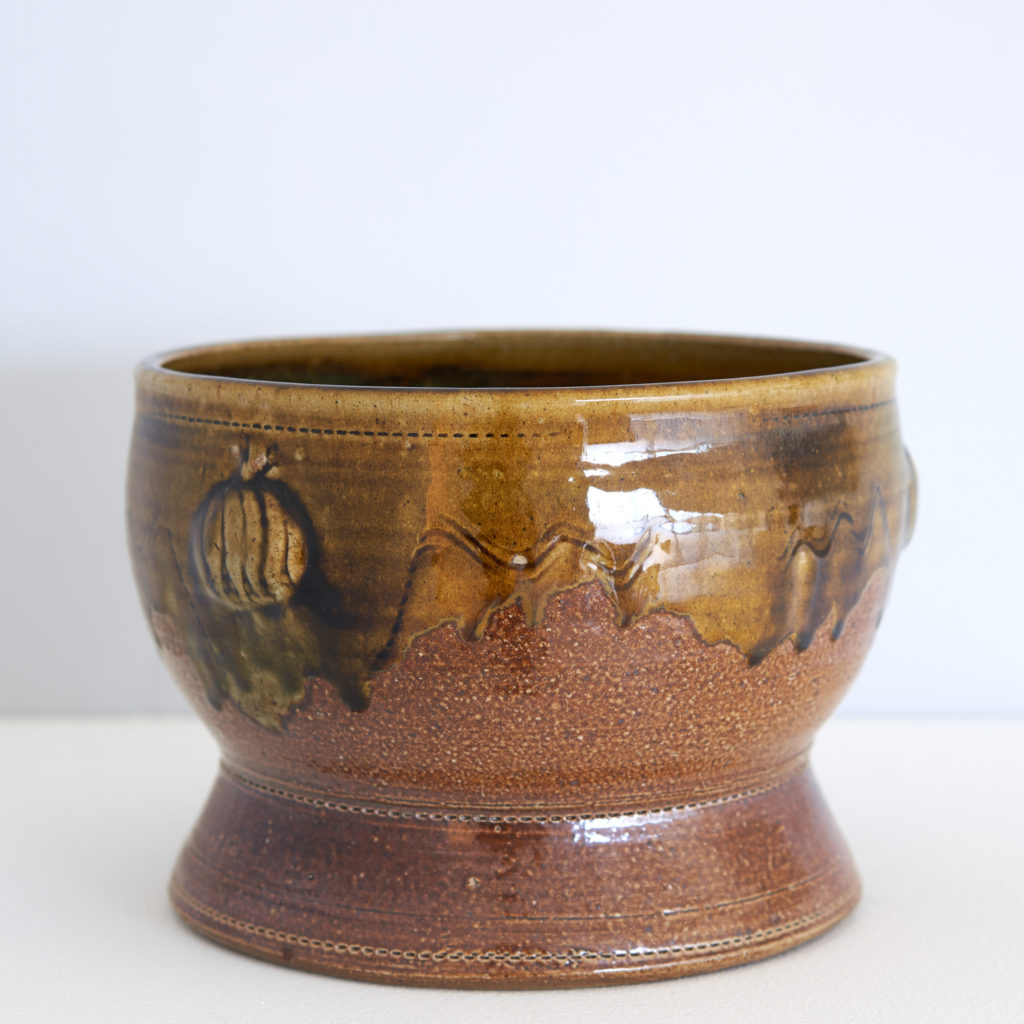 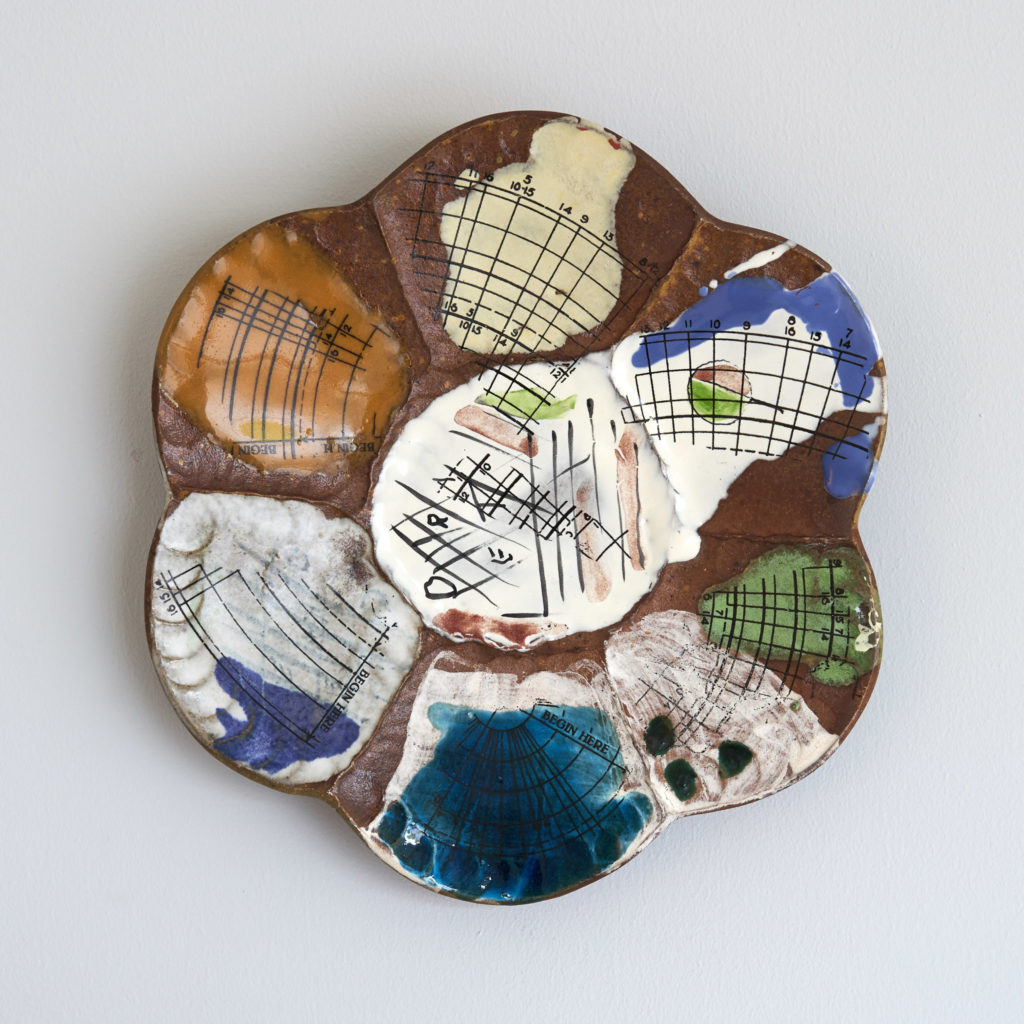 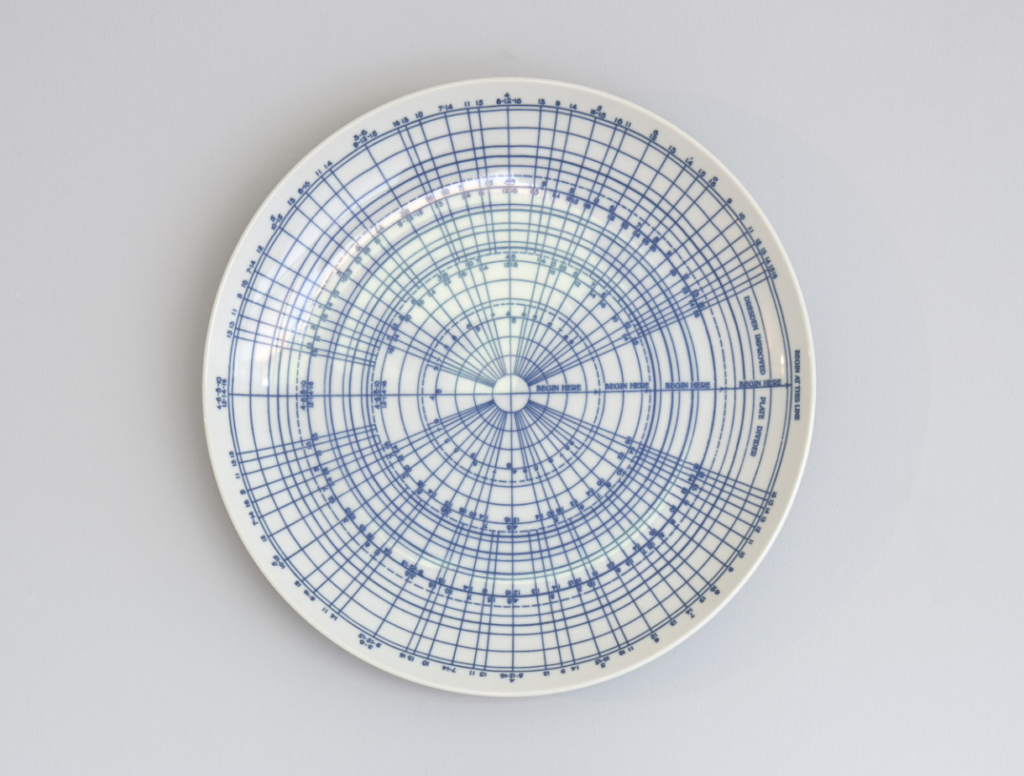 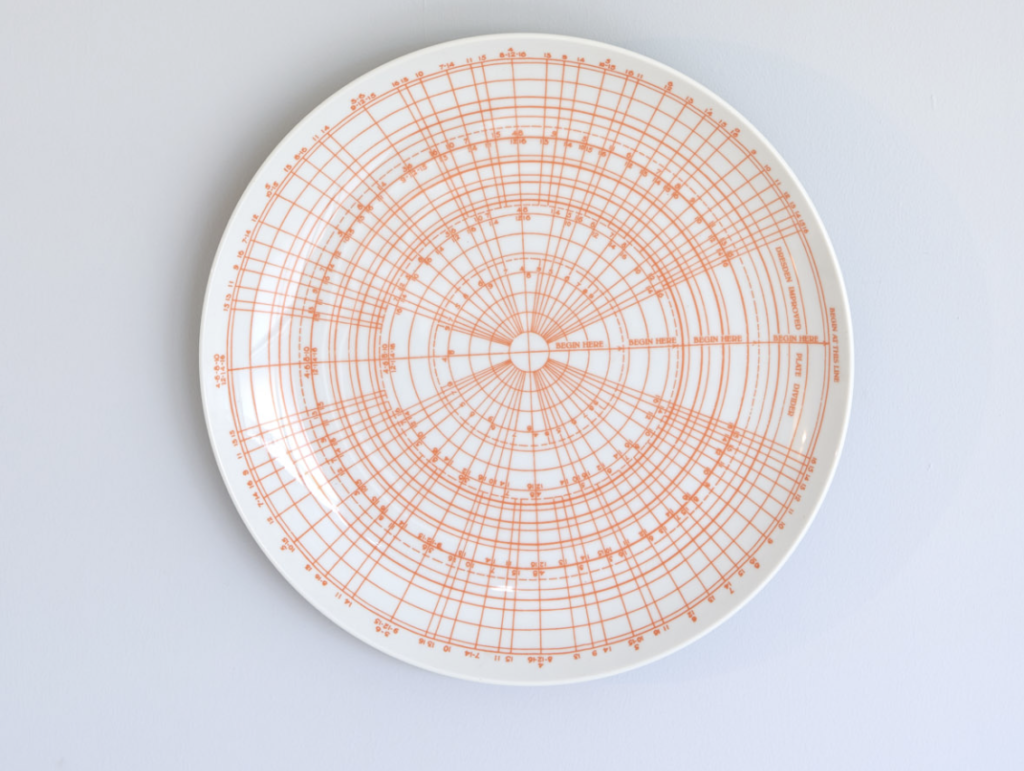 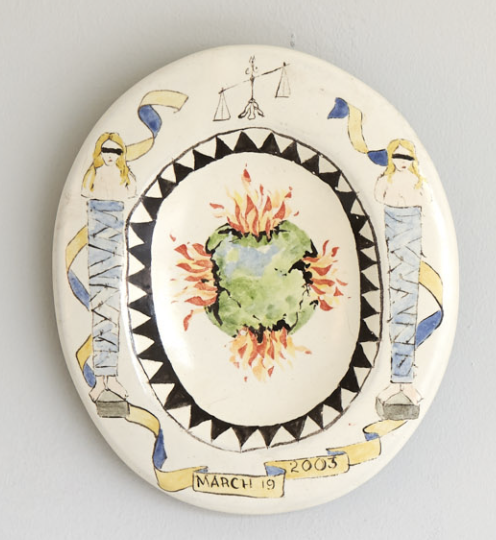 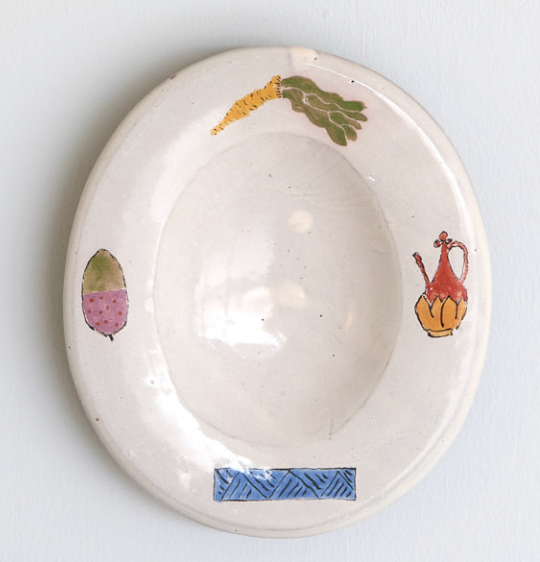 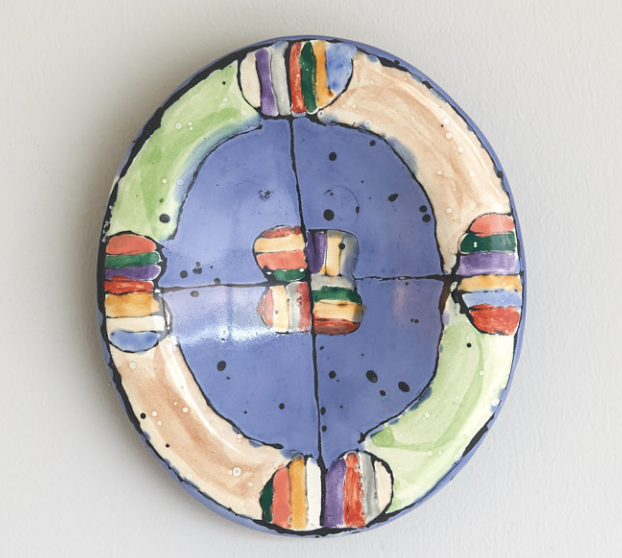 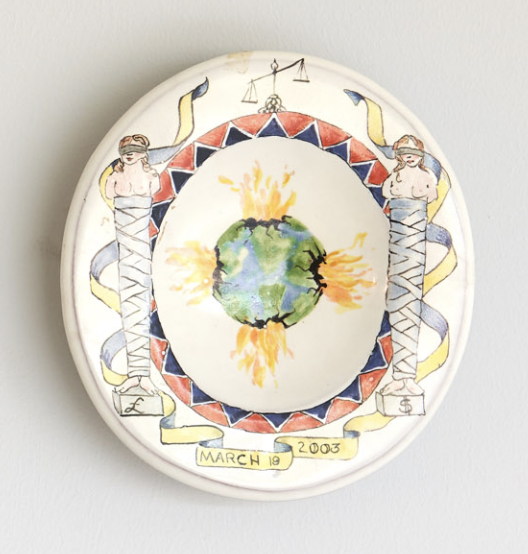 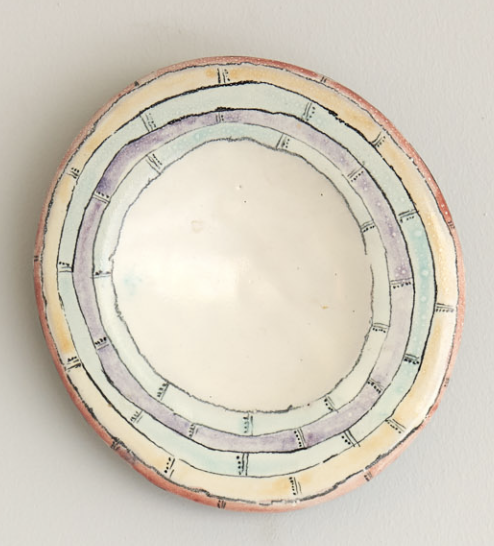