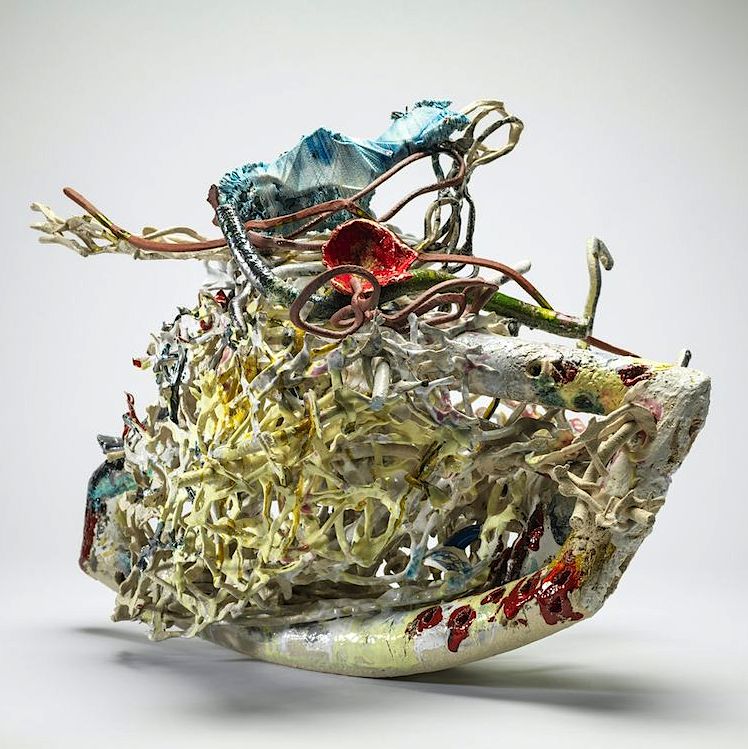 It is widely recognised that North America has been of global importance for ceramic art for much of the last century. What has been less well understood is that many of the most important artists have been Canadians. Across the range of practice, Canadians have expanded the potential of the pottery field. This important exhibition gathers together for the first time in the UK three artists who span the last three generations, and regions from the east to the west coast.

Greg Payce lives in Calgary, Alberta, and was Professor of ceramic at ACAD for decades, before stepping back to concentrate purely on his work. Through the decades he has developed a superb form of trompe l’oeil that is entirely his own, in which thrown vessels, sometimes in pairs, sometimes in rows, appear to have standing figures between them. In his work, people fill the voids.

Linda Sormin is a professor at New York university, but no less Canadian for that. More than anyone engaged in the medium, over the last decades she has pushed ceramic into wholly new terrain, in which the vessel disappears to be replaced by networked clouds of coloured threads and pipes.

Over the last five decades, Walter Ostrom has become one of Canada’s foremost ceramic artists. He revolutionised clay from brown earthenware to colourful, bright maiolica and inspired generations of ceramists who follow him to this day.