Carol McNicoll was one of a radical group of artists graduating from the Royal College of Art in the late 1970s, who are credited with transforming the British scene. Alongside Alison Britton they worked on re-establishing the vessel as an abstract form.

McNicoll’s Non Socially Distanced Jug is plastered with images of her friends, dancing, abseiling and sitting in the pub. A vase, The Heath, is dedicated to the area of  North London in which she lives.

Carol McNicoll studied Fine Art at Leeds Polytechnic before completing an MA at the Royal College of Art. Prior to this she worked as a machinist for the fashion designer Zandra Rhodes and designed and made stage costumes for Roxy Music. McNicoll has designed collections for Next Interiors and Axis Diffusion amongst others, lectured at various institutions and has exhibited widely, both in the UK and internationally. In 2001 she was short-listed for the Jerwood Prize for Ceramics and a major Crafts Council retrospective of her work toured the UK from 2003 – 2005. 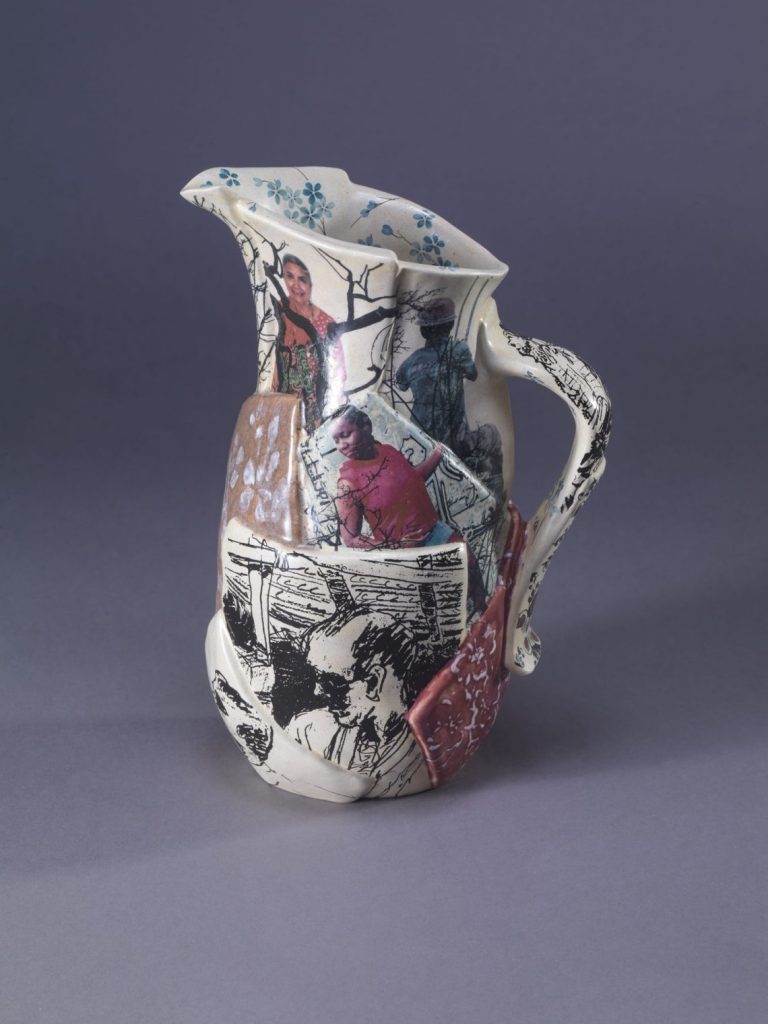 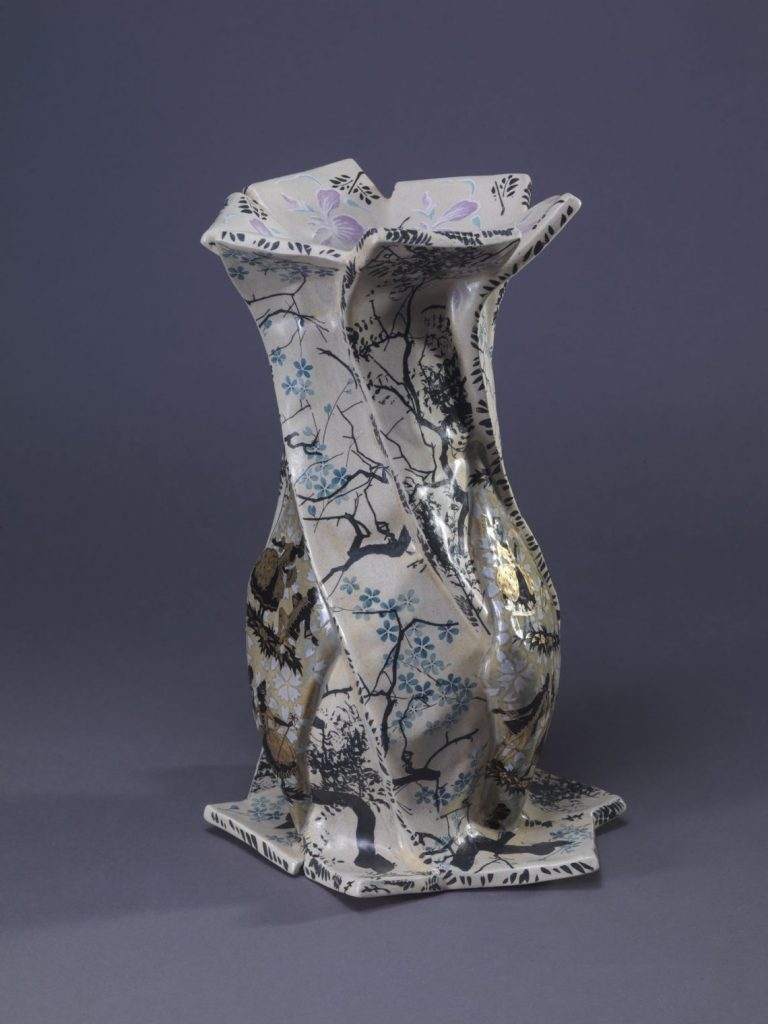 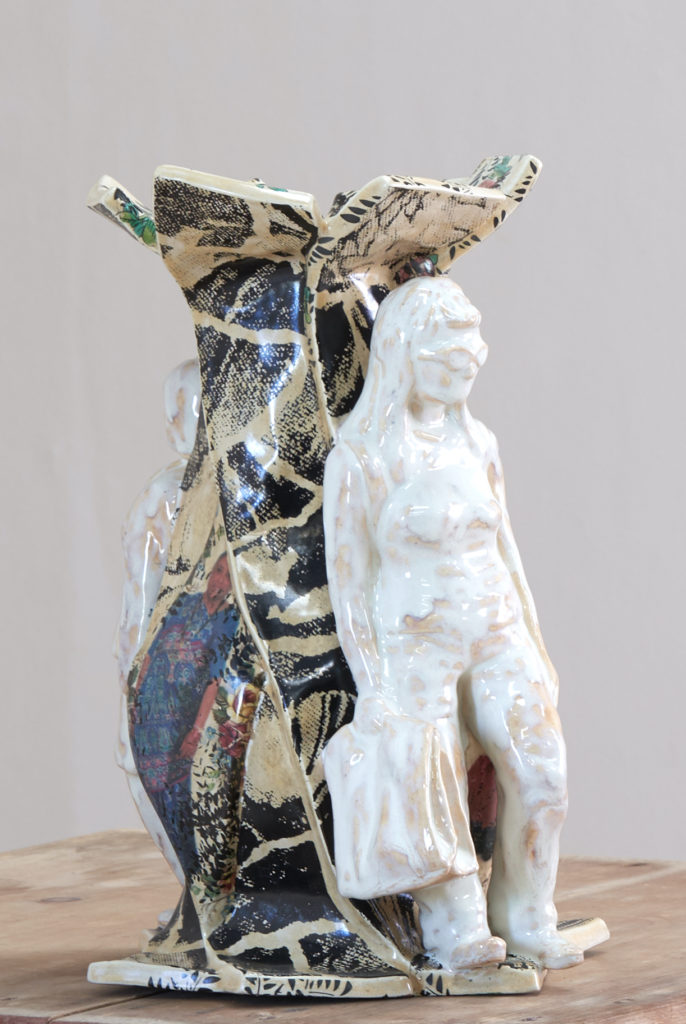 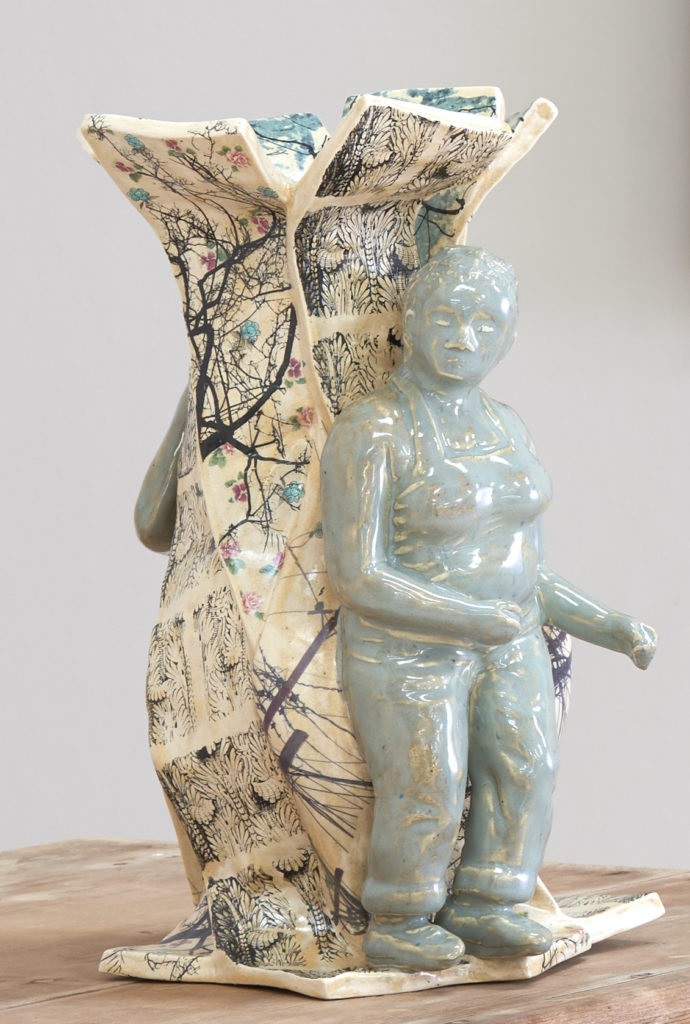