Alison Britton OBE is one of the UK’s leading ceramicists with an international following. In 1990 was awarded the OBE in recognition of her achievements as both an artist and widely published writer.

Alongside Carol McNicoll, she was part of a radical group of artists graduating from the Royal College of Art in the late 1970s, who began working on re-establishing the ‘vessel’ as an abstract form.

Though highly sculptural the context of her work always revolves around the vessel. The decorative surfaces of her angular slab built pots, rather than glazed in the traditional sense, have the gestural painted decoration applied to the slabs before construction so that the surfaces appear more like a painted canvas than a glazed pot.

There are elements of  human form in the work too. Not only in the jug eared handles of her platters or the jaunty arms of some of her pots but in their uneasy stances; their craning necks or lopsided shoulders making them studies in the awkwardness of human beings for which clay acts as such a wonderful simulacrum. Not for her symmetrical forms and mathematical precision of some of the other pots in this show,  but intuitive ‘flicks, squirts and slips.’

‘An unfired pot is naked; its needs something happening to it, like a body needs a dress,’ she says,  challenging herself to make the painting on a pot in an unpremeditated fashion, less like patterning and more like an abstract painting in which the canvas is slabs of clay.

Britton enjoys an international following and in 1990 was awarded the OBE in recognition of her achievements as both an artist and widely published writer.

‘Throughout her career, Britton has remained committed to the ceramic container, exploring both its formal possibilities and its capacity to hold and communicate thoughts and ideas. Her pots are marked by ambiguity and contradiction, sitting between the sculptural and the everyday, the civilised and the wild, the real and the imagined. A work may seem to be both the representation of a pot as well as an actual one – a pot observed through the artist’s eye, informed by the experience of modern painting.’ 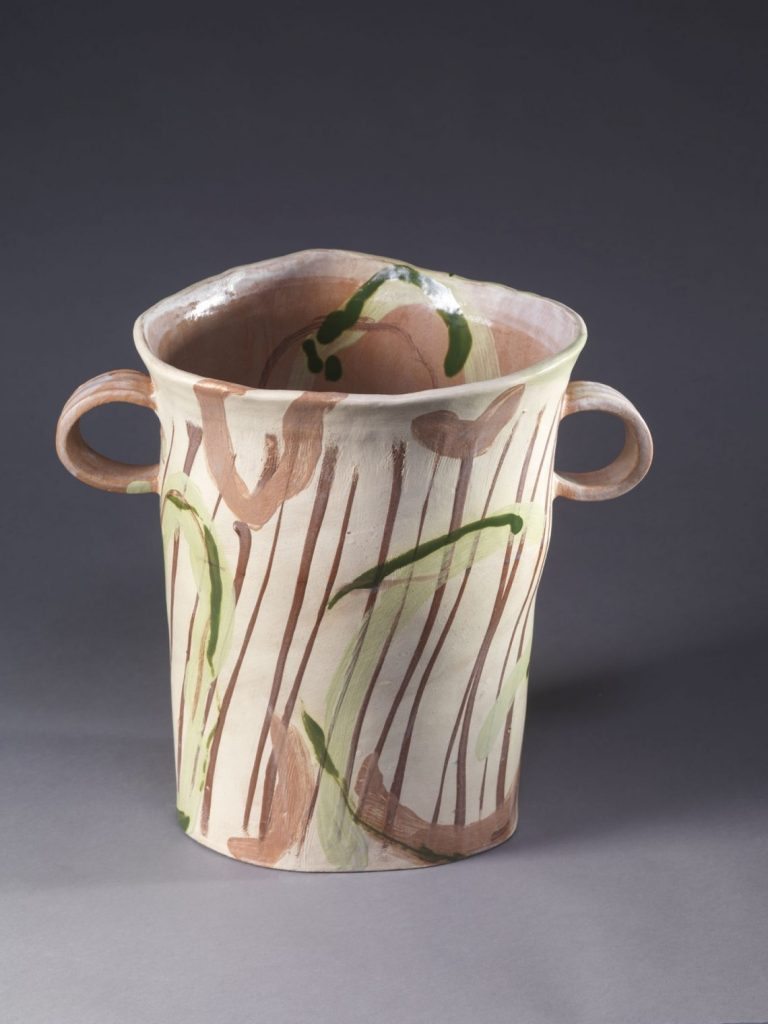 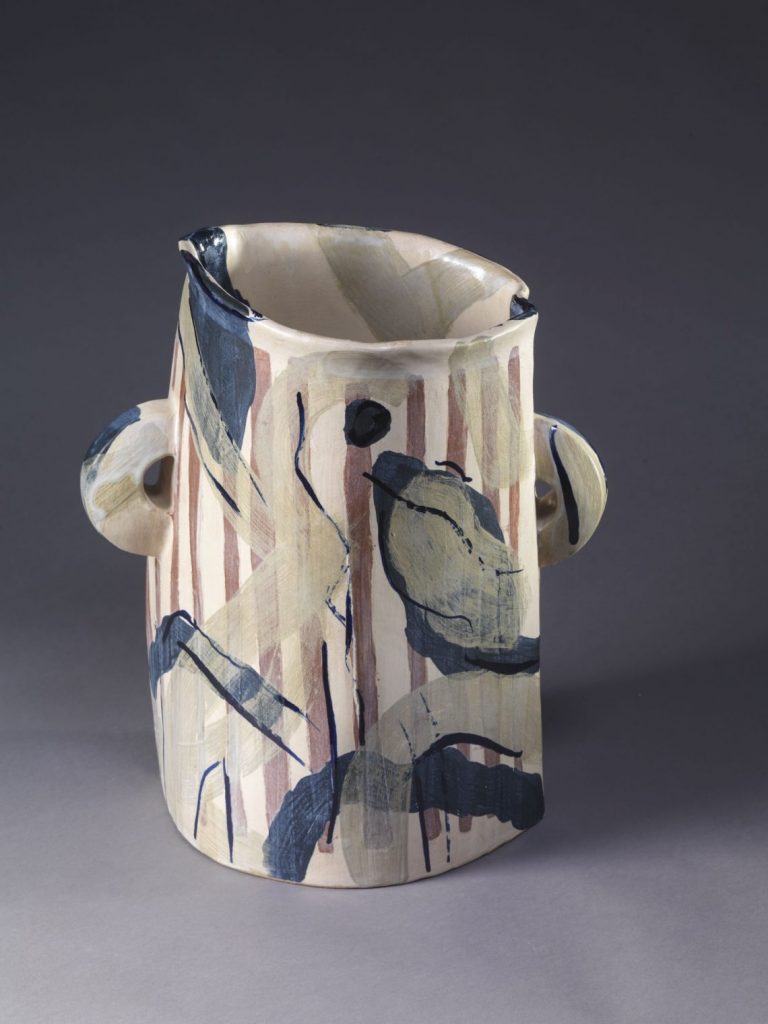 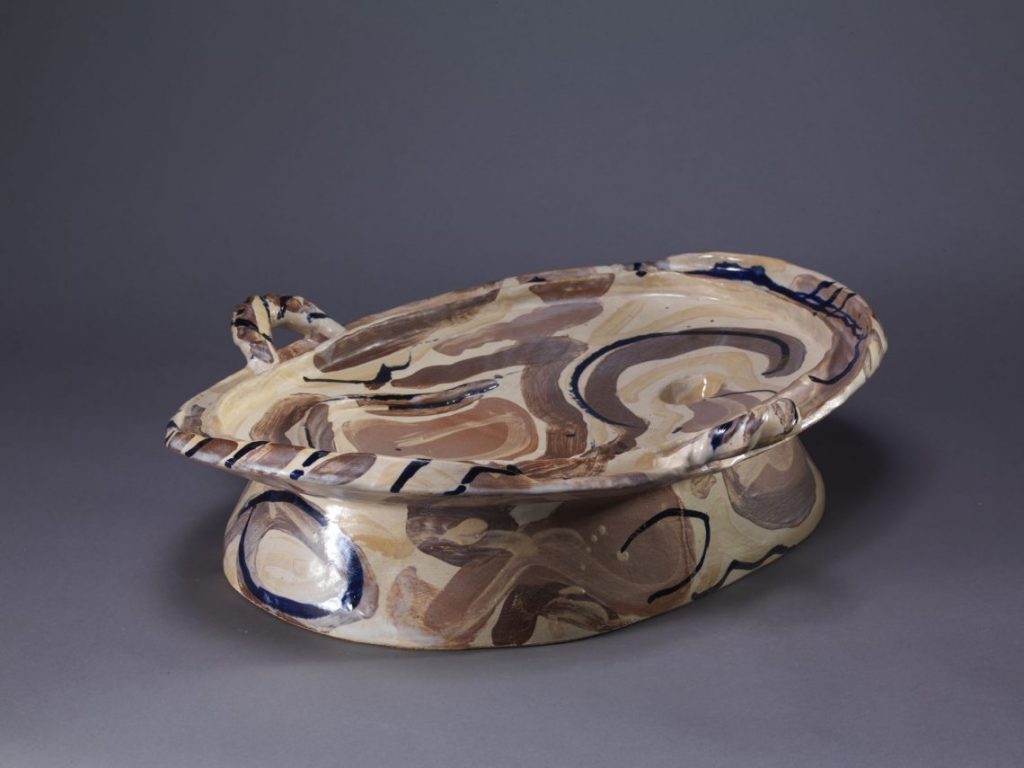