Norman Ackroyd is one of Britain’s foremost landscape artists and is known primarily for his aquatint work which hangs in the Tate and New York’s MoMA.

Daniel Agdag is an artist and filmmaker based in Melbourne, Australia, whose practise sits at the nexus of sculpture and motionography.

Atong Atem is an Ethiopian born, South Sudanese artist living in Melbourne. Atem works primarily with photography and video to explore contemporary identity through portraiture and in particular the fluidity of migrant narratives and postcolonial practices in the African diaspora. Atem explores concepts of home and identity through a critical and sentimental lens. 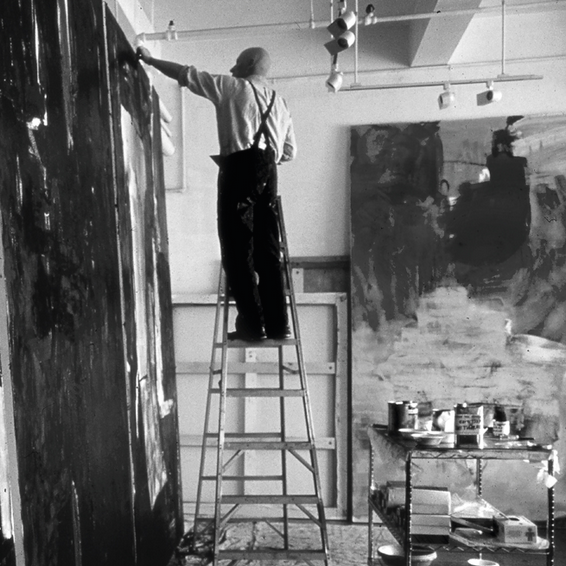 John Beard’s work has been exhibited worldwide and is held in the collections of major gallery museums and institutions including The Tate, The National Gallery of Australia, The Art Gallery of New South Wales and The Gulbenkian’s Centro de Arte Moderna in Lisbon, Portugal.
Born in Aberdare, Wales in 1943, Beard studied at the University of London and the Royal College of Art.

Paul Benney is a British artist who rose to international prominence as a contemporary artist whilst living and working in New York in the 1980's and later in the 90's in the UK as an award-winning portraitist.
Benney’s work is held in the 20th century collection of The Metropolitan Museum of Art, The Brooklyn Museum, The National Portrait Gallery, London, The National Gallery of Australia, and m

Christie Brown is an artist and Emerita Professor of Ceramics at the University of Westminster in London. She graduated from Harrow School of Art in 1982 and set up her north London studio that year. At Westminster she taught on the BA, MA and PhD programmes while maintaining and developing her sculptural practice. She was Principal Investigator on the AHRC project Ceramics in the Expanded Field.

Brown first became captivated by the distinct character of urban architecture and how it affects human interaction in Bath, where he first studied in the mid-1980s on an art foundation course before graduating from Manchester Polytechnic.

Thiébaut began his career in 1976, training in France, Belgium and in England under Michael Cardew and Richard Batterham. Returning to France in 1981 he set up his first workshop in the Loire Valley and in 1984 built a new studio in the Vosges with a wood-fired kiln.
Examples of his work can be found in many public collections across Europe in Belgium, France and Germany. He is represented in the

Dai describes himself as an "abstract figurative" painter, underlining his talent for capturing both the underlying geometry of his subject as well as its surface detail. In 2004, Dai was made a member of the Royal Society of Portrait Painters.

Once a shipwright, Dodds’ paintings illustrate the anatomy of boats, revealing the materials and curves that underwrite the finished vessel, this aspect of his work is explored in Emily Harris’ film for Classic Yacht TV, ‘Shaped by the Sea’, which draws many parallels between the art of the boat builder and the painter of boats.

One of the few sculptors who casts his own work, Laurence Edwards is fascinated by human anatomy and the metamorphosis of form and matter that governs the lost-wax process.

Gommie’s works are testaments to the joys and tribulations of the people of all walks of life that he has met – their insights, wisdom and often, suffering which they have shared with him and which he has turned into iconic pictures of colour and life. His work is not easy to categorise; it combines text-based art, land art, performance all of which can be enjoyed at Messums London at 6pm on Febr

Malene Hartmann Rasmussen is a Danish artist living in London.  She works with mixed media sculpture, making and arranging multiple components into complex narrative tableaux of visual excess. She tries to create a place beyond reality, echoing ancient myths from the Nordic Lands.

Best known for his still life paintings in pastel, Andrew has been called a modern master of pastel having broken new ground painting the still life, portrait and landscape.
His work is in numerous international corporate and private collections including: Deutsche Bank; The Duke of Devonshire and Goldman Sachs.

Richard has been painting ever since he left school - a vocational painter in the truest sense. The Inspiration for his work goes back to some of his earliest memories of the forests around his Father’s farm in East Anglia. This was magnified by his experiences walking the Pilgrim routes of England, France and Spain, drawing and recording the all the way. 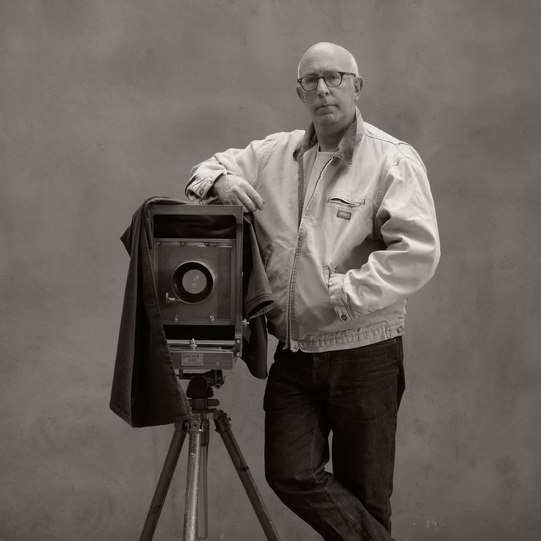 For the past seven years, photographer Tif Hunter has nursed an interest in ‘tintypes’. These are handmade, one-off images which use a nineteenth-century technique, developed in the early days of photography. Hunter’s pioneering work with tintype portraiture, combined with 21st century lighting techniques, has led to many commissions including those from The Jerwood Foundation and retailer Toast.

Kurt Jackson MA (Oxon) DLitt (Hon) RWA was born is 1961 in Blandford, Dorset. He graduated from St Peter’s College, Oxford with a degree in Zoology in 1983. While there, he spent most of his time painting and attending courses at Ruskin College of Art, Oxford.

Makoto Kagoshima, based in Kyushu, the southern island of Japan, illustrates whimsical and heart-warming motifs on clay, making each ceramic object a unique, one-of-a-kind piece of art. After graduating from the art college, Makoto worked in the Conran Shop in Fukuoka and didn’t become a full time potter until the age of 35.

Abandoning his medical studies to become an artist, in 1905 Lamb moved to London where he studied under Augustus John and William Orpen at their short-lived Chelsea Art School. A highly gifted draughtsman he soon moved to Paris, and painted in Brittany. On his return to London he made his name with an extraordinary full-life sized portrait of Lytton Strackey (now in the Tate).

Alexander Lindsay creates photographic landscapes of extraordinary beauty. For the past forty years, Lindsay has brought his cameras to the most extreme situations and environments on the planet. From his earliest experiences with the Maasai tribe, a five year spell in Afghanistan during Soviet occupation and his expeditions to photograph and film the wreck of the Titanic 4km beneath the ocean. 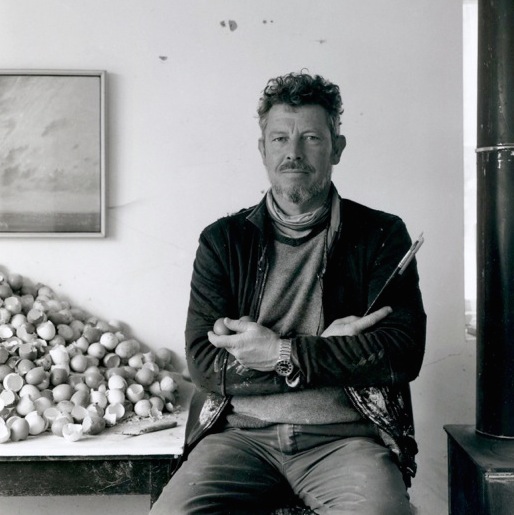 James Lynch grew up in Wiltshire and lives in Somerset. Since his first sell-out exhibition in the West Country in the 1980s he has won awards, exhibited regularly in London and received many commissions from private clients and corporations. He is a painter of the English landscape who has spent years mastering the ancient medium of egg tempera.

Marioni burst onto the international glass scene aged nineteen, becoming famous for his sophisticated glass objects, which evoke the rich tradition of classical Mediterranean pottery and bronzes. Marioni has training in Venetian glassblowing techniques with some of the greatest masters in contemporary glass.

McCrum’s work is a potent fusion of the ancient with the modern. She works primarily in stone, from which some pieces are also cast in bronze. Initially influenced by archaeological finds and by the work of Brancusi, Hepworth and Moore, her sculpture also contains oblique references to the landscape and fauna around her homes in Devon and Gozo.

Hannah Mooney studied at University of Ulster and Glasgow School of Art. In 2014 she received the Deanes Award for High Achievement from University of Ulster. Since graduating in May 2017 from Glasgow School of Art, she has received the Royal Scottish Academy Landscape Drawing Prize, James Nicol McBroom Memorial Prize, Armour Prize, Glasgow Print Studio Publication Prize, Hottinger Award for Excel

The symbolic and aesthetic sensibility in Paley’s work reveals a consistency of mind, a view of the world, and an organic flow that ties it all together, from [his] early brooches to the monuments that contribute to cityscapes all over America.

“I was particularly influenced by commentary in Tate Modern’s catalogue for an exhibition of Agnes Martin (2015), as follows: ‘The root word for ‘grid’ in both Latin and Greek denotes ‘wicker work’ – flexible twigs or shoots woven criss-cross into a horizontal-vertical format.’* This released me – from the idea of the grid as simply a rigid structure of straight lines – and led me to start drawing 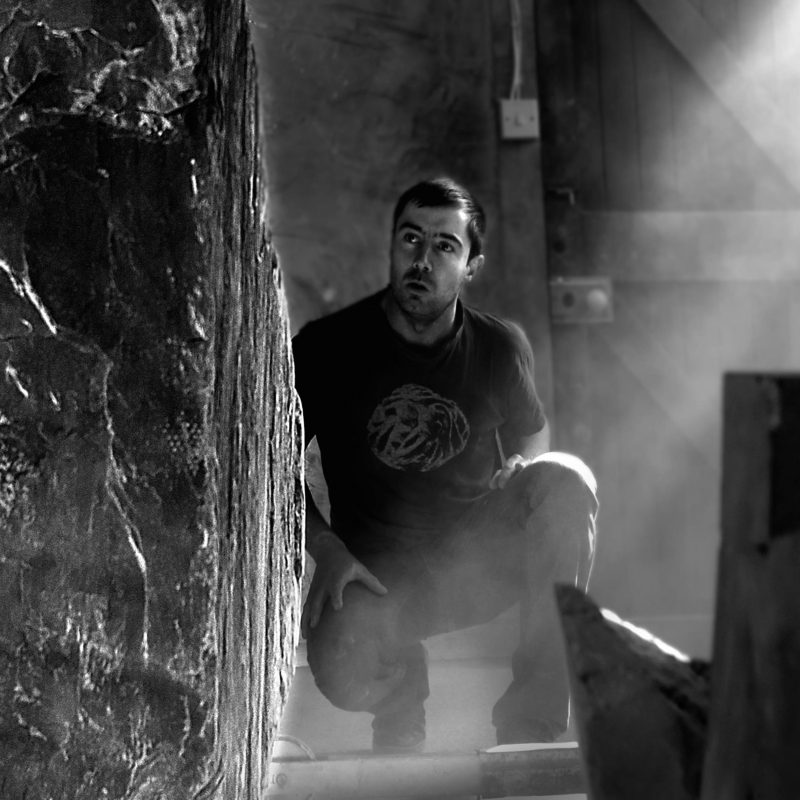 Born in Valencia in 1979, Jordi Raga Frances studied Arts in Spain, Italy and Greece, obtaining a Bachelor’s Degree in Fine Arts and a scholarship to study marble sculpture in Carrara, Italy in 2001.
In 2006 to Greece to work in the Acropolis of Athens. In 2007 Jordi received the 1st Prize in Sculpture at the City of Palencia Art Prices, Spain. In 2008 he moved to England to work for Gloucester C

Tuesday Riddell graduated with a BA (Hons) in Fine Art Painting from City & Guilds of London Art School. She has just concluded her Painter-Stainers Decorative Surface Fellowship at City & Guilds – the only Fellowship in the UK that provides specialist training in the craft of decorative surface techniques to ensure that endangered skills are kept alive and vibrant

Jørgen Haugen Sørensen, born in Copenhagen in 1934, is one of Denmark’s most esteemed and decorated sculptors. Since the age of nineteen, he has lived and worked in various European metropoles such as Paris, Verona, and Barcelona. In 1971 he moved to Pietrasanta in Tuscany, Italy, which has served as his primary residence ever since.

Born in 1935 Brian Taylor attended the Slade school of arts where he met Henry Moore who saw great potential in him. In 1998 Taylor was elected a member of the Society of Portrait Sculptors and the Royal Society of British Sculptors.

Christian Bumbarra Thompson, is a contemporary Australian artist. Of Bidjara heritage on his father's side, his Aboriginal identity has played an important role in his work, which includes photography, video installations and sound recordings.
After being awarded the Charlie Perkins Scholarship, to complete his doctorate in Fine Arts at Oxford University, he has spent much time in England. His wo

Widely regarded as one of Britain’s most inventive landscape painters, Tress moves beyond a landscape's immediate appearance and evokes a state of mind: a sense of self in relation to place, its primordial history, and the wild, cyclical rhythms of the seasons and elements.

One of a handful of glass-blowers in the world who focus solely on figurative sculpture, Elliot sculpts in molten glass using the Messello technique. Working this way requires extreme dexterity, speed and precise temperature control. Elliot chooses to sculpt in glass mainly for the material’s immediacy and transparency and for the intensity of the sculpting experience.

For more than a decade from the 1970’s, British born artists John walker was one of the most influential and imitated painters working in the UK, he represented his country at the 1972 Venice Biennale, had extensive survey shows at both the Tate and Hayward galleries and was shirtlisted for a Turner Prize in 1985. 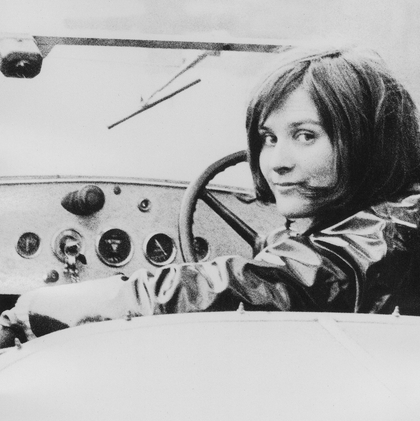 Angela Williams b.1941Angela Williams started her career as a freelancer in the 60s. Aged twenty-one she was introduced to the eminent fashion photographer Norman Parkinson. Williams soon became his personal assistant, resulting in a close working relationship and creative collaboration that continued throughout her subsequent career. She worked with Jeremy Banks on the Observer New Supplement.

Williams works almost exclusively in egg tempera - a painstaking, exacting medium in which egg is used instead of linseed oil as the binding medium. He trained at Farnham College of Art and Portsmouth University and is a member of the New English Art Club, the Royal Society of Portrait Painters and the Pastel Society.

View artist details
Oh no, your filter produced no results, why not widen your criteria and try again.
{"cart_token":"","hash":"","cart_data":""}