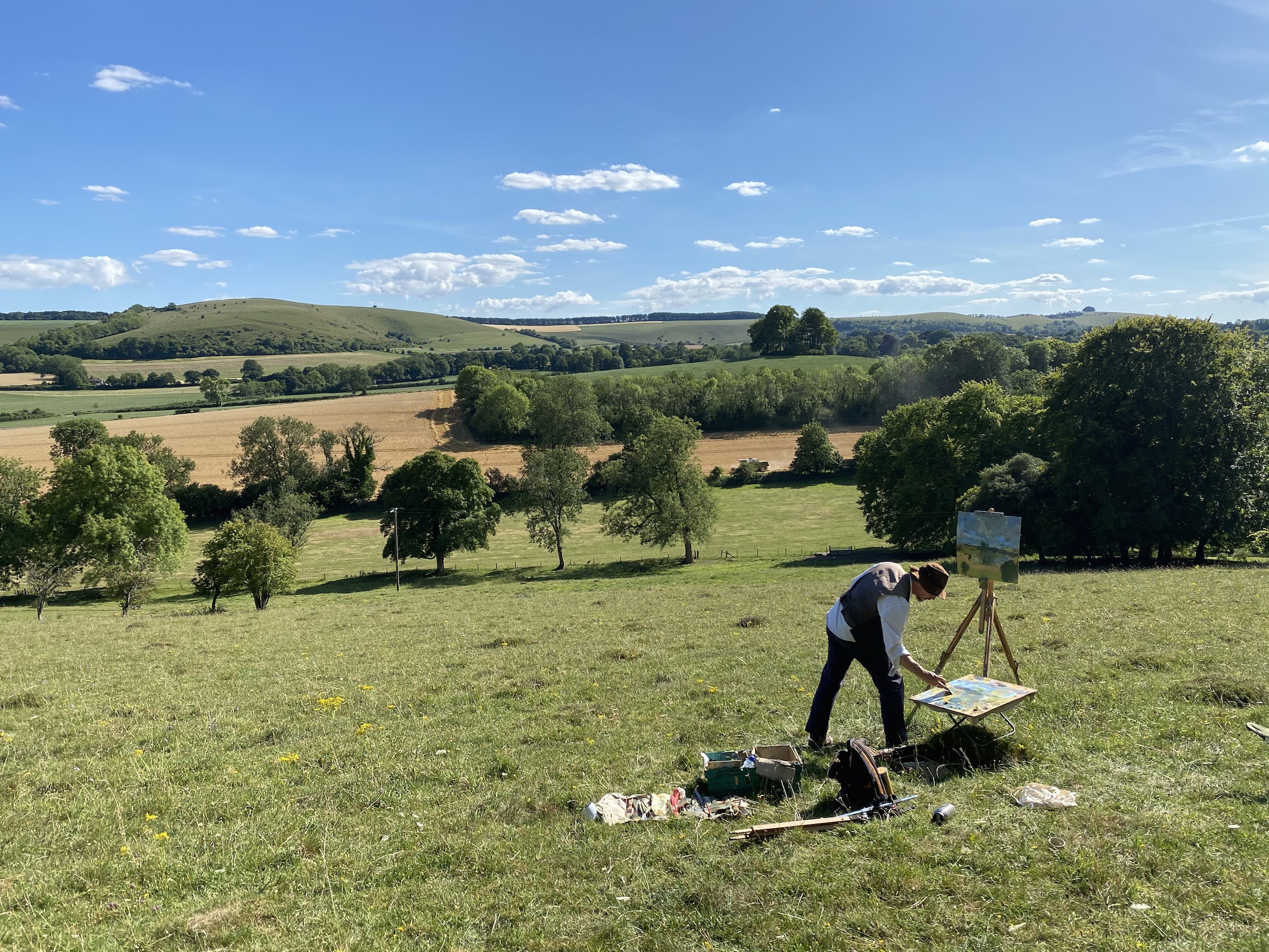 The exhibition can be viewed in the gallery from Saturday 5 December, 10am

Richard Hoare had a full immersion in the British countryside from the moment he was born. He grew up on a farm not far from Dedham in East Anglia where he went to school – an area made famous by Constable and Gainsborough. After roaming the woods and plains of the area his love of nature was later amplified by walking the pilgrim routes of England, France and Spain.

Richard’s work is always moving forward, evolving, a reflection of a pilgrimage. This is despite the apparent paradox of his regular return to stand on the same spot in the same locations seen in his work, year after year. The journey begins, rests and then continues with every step, enriched by his experience of Light.

In this exhibition Hoare explores the landscapes of Wiltshire, where he now lives, Dorset and South Cornwall.

A focus is the lake belonging to the Fonthill Estate near Tisbury. Central to the park laid out by the estate’s original owner William Beckford in the 18th century the lake is surrounded by a myriad of caves and bridged by a weir.

Hoare captures the mesmerising effects of the large stretch of water at different times of day and season. The lime green of the sycamore trees in spring contrast with the grey trunks and rich tobacco-coloured browns and ochres of the same scene on a moonlit night in summer. The water changes from turbid and calm – an effect Hoare creates by not touching the canvas at all –  to staccato-like dapples and dots giving the sensation of ripples and waves.

Other paintings in the exhibition are of the knolls, bosky glades and towering chalk escarpments of Berwick St John, Dinton Park, East Knoyle and Horse Hill – an Iron Age tumulus hill near Shaftesbury.

In addition are works featuring a clump of Monterey Pines atop a tidal creek near St Just in Roseland, South Cornwall; a scene which Hoare has painted repeatedly since 1989.

It was here, he says, that he felt his first ‘ignition’ into painting, finding a fluid and intuitive way of working at high velocity which has been the hallmark of his practise ever since.

‘When the tide is out you are looking at dark turbid silt and yet a few hours later at high water, the same spot turns into a mesmerising mirror, a doorway into a parallel world,’ he says.

In the last decade Richard has worked in various countries including Ireland, America and the Argentinian and Chilean Andes, exploring the archetype of the ‘Mountain of Light’ as a guiding focus. In 2018 he concluded a two-year project with a residency in Koumi-Machi, central Japan, which led to the two-month solo exhibition at The Kougen Museum of Art.