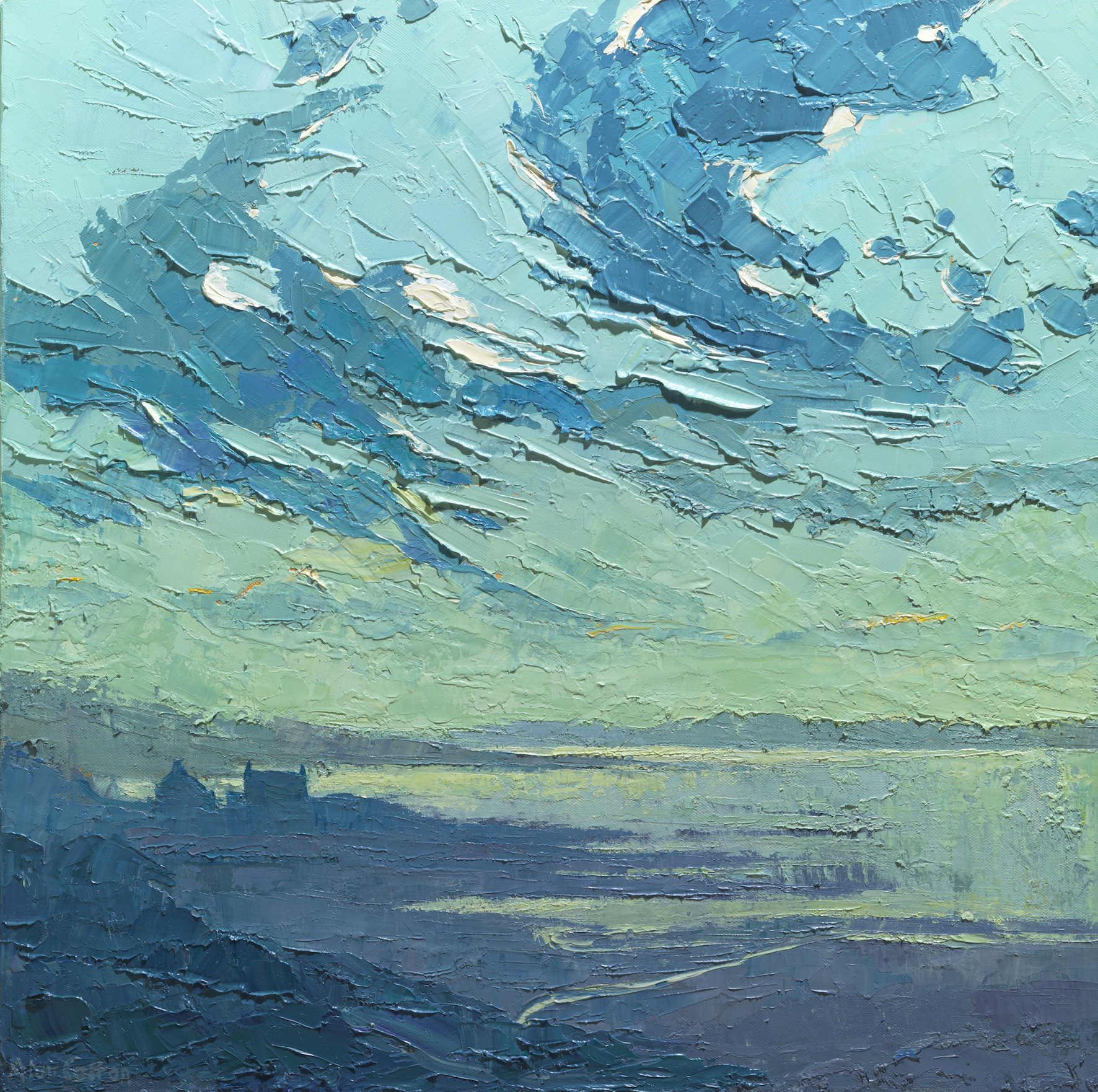 Exhibition goes live at 10am on 9 April
For advance information and a collector’s preview please register interest:

In this exhibition we are showing more than twenty paintings by Alan Cotton, one of Britain’s leading landscape artists, of the coasts of Cornwall, Devon, Somerset, County Kerry, Jersey and the Isle of Skye.

Depicting the the varying moods of the sea as well as the precipitous rock formations and crags that form our coastline, Cotton’s carefully constructed pictures reflect the quiet convolutions of nature and yet its constancy.

There is a strong structure that underpins Cotton’s works; each painting is based on copious sketches giving his pictures vigour and substance but, with his subtle understanding of nature, also a delicacy.

Cotton is a master of painting with the palette knife; a technique which allows for no approximation and the exhibition will reveal the full extent of his remarkable talent in giving almost sculptural form to paint.

A favourite subject for the artist is the coast at Hartland, the most north westerly point of Devon which is a place that Cotton has returned to again and again to paint the spectacularly folded sequence of shale descending into the sea. Two beautiful works contrasting the golden light of autumn and the lavender light of winter upon the grassy bluffs are particular highlights of the show.

Others include the snaking sands of the Isle of Skye and the shimmering rock pools of County Kerry.

Brought up in Redditch, Worcestershire, Cotton began painting young using brushes that his mother made from her own hair. Sharing a small house with two brothers and a sister, he escaped into the fields and enjoying their freedom and peace soon began sketching and painting them.

In addition to his career as an artist Cotton has been a major force in fostering artistic talent amongst the young. In 2000 he founded the South West Academy for Fine and Applied Art and was awarded an Honorary Doctorate by the University of Exeter for his ‘outstanding contribution to the arts.’

Much of his career has been spent painting abroad and in 2005 he accompanied his Royal Highness, The Prince of Wales, to Sri Lanka as his tour artist.

Messums has represented Cotton for more than 30 years.

‘Not for years has so much thought been given to Britain’s coast and borders’ said Johnny Messum, founder of Messums Wiltshire. ‘Alan’s paintings capture the essence of our shoreline, its variety and drama as it has become the focus of attention as contortions of rocky terrain.’